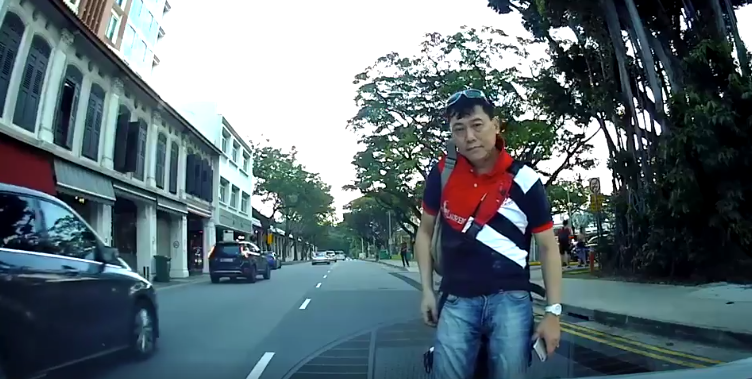 Motorist KP Lau uploaded a video on his Facebook account on January 24, with the caption “Mad pedestrian picks a fight on the road.” In the dashcam video, we follow the driver as he makes a left turn and then drives down MacKenzie road, only to be stopped by a man standing in the middle of the road. A physical fight ensued between the motorist and the pedestrian, seemingly without reason, and the pedestrian is caught on camera banging firmly several times on the bonnet of the motorist’s vehicle, before the driver finally goes on his way.

Mad pedestrian picks a fight on the road

The video ends with the pedestrian hitting the bonnet of the car several times.

Commenters on the post agreed that the pedestrian got what he deserved.

Others sympathized with the motorist