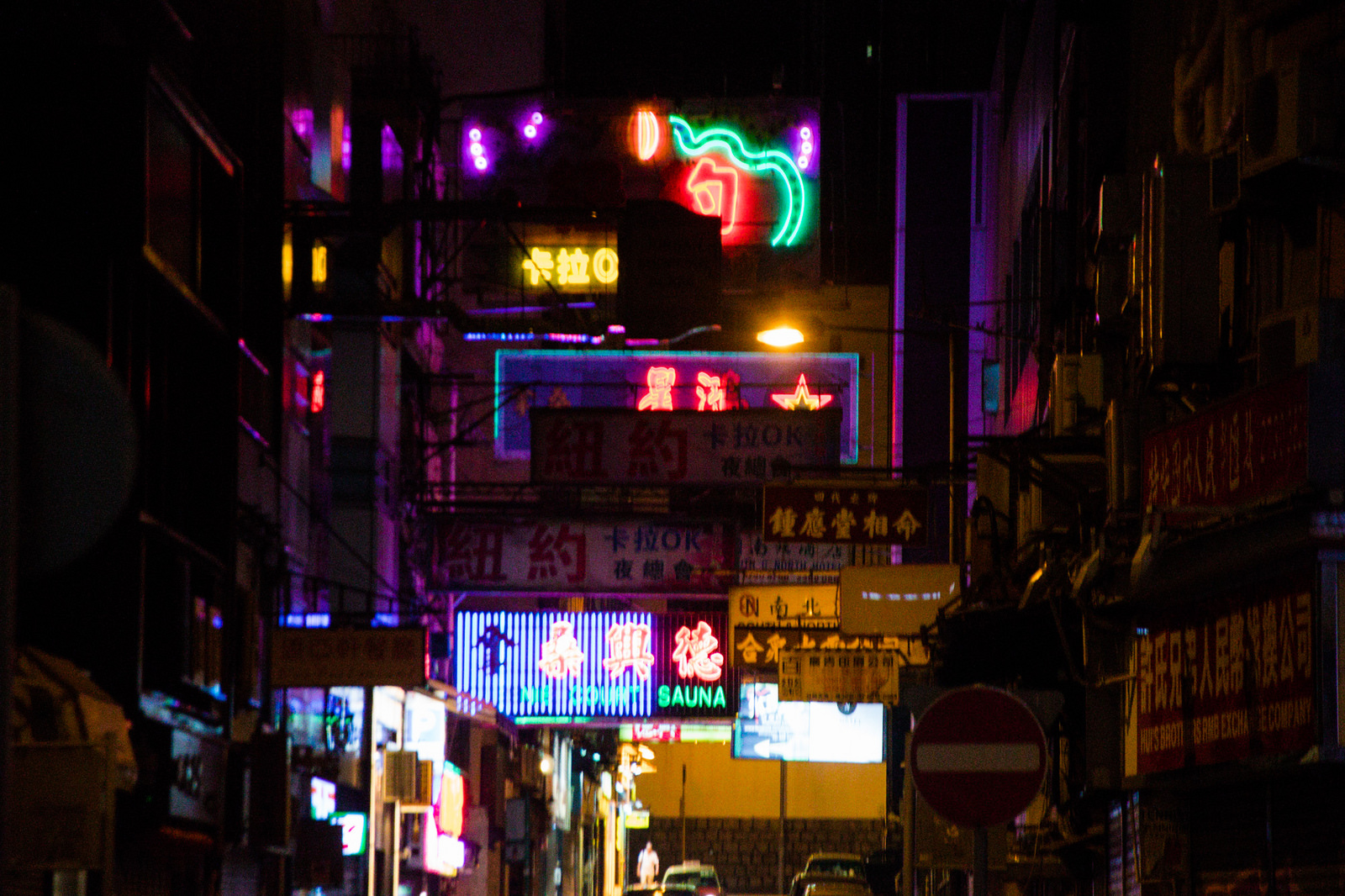 Hong Kong was once filled with mesmerizing sights full of neon signs on its streets.   Bright signs were everywhere and even if you found yourself standing outside standard places like banks, they were hard to miss.

To be fair, nights in Hong Kong are still filled with lights – of a different kind. Its once ubiquitous neon stars are dimming thanks to technological advancement and safety concerns.  LEDs have taken over and while they’re easier to install and keep, they lack the unique beauty of thousands of neon lights on the darkest of nights.

Make no mistake; building neon signs needs practice and talent. Craftsmen are taught the craft via apprenticeships and learn how to mould glass tubes into beautiful letters and attractive shapes. These tubes are filled with noble gases that end up glowing when electrified. The process is arduous, time consuming and thoroughly rewarding with beautiful results.

Neon advertising was the brainchild of French chemist and engineer Georges Claude who invented it in 1910. While the concept took off in both the U.S. and in Asia, it really made an impact in the latter region. Even when these signs ended  up being restricted to stereotypes and were spotted only in places like casinos and strip clubs in certain regions, Hong Kong’s association with them stayed strong.

Estimated figures suggest that as many as 100,000 signs were found in the city at some point. More than ten years ago, authorities started to zero down on unauthorized signs in the city and took them down in large numbers (almost 3000 a year).

What sets neon signs apart is that they’re essentially works of art and exist because someone spent long hours patiently working on them, using their hands. This is absolutely lost in modern-day signage such as LED lights. There is no nostalgia value, not enough emotion attached to the process.

Enthusiasts have taken note and have been working to preserve the magic in different ways. For instance, a museum in Hong Kong called M+ is collecting these signs and working on their legacy. It has managed to acquire rare classic neon logos from the 1970s such as one that shows a red rooster and the other – a massive cow.

The cow hung above a steakhouse called Sammy’s Kitchen  for three decades, and was used as a landmark by many while giving directions.  The owners of the restaurant were ordered to get rid of the sign in 2010 or pay a hefty fine and spend a year in jail.

It’s also extremely expensive to make neon signs and neon-tube bending technicians are required to carry out the task safely and smoothly. The budget for something like the cow sign would have to be as much as HK$250,000.

LEDs cost much less and are energy efficient for most folks who own businesses in the city. On the flip side, they’ve worsened the light pollution in Hong Kong as these lights are harsher than neon.

It is however impossible to separate Hong Kong from its characteristic neon ambient glow. These lights have been widely represented in popular culture (don’t look further than Wong Kar-wai’s movies, In The Mood For Love, Chungking Express).

In fact, a  Hong Kong neon sign that was an ad for Marlboro cigarettes made it to Guinness World Records in the 1980s.  Back then, it was the largest in the world.

While the glow of neon signs in the city is definitely dimming, there’s some respite for those who seek it.  Certain spots in Hong Kong offer plenty of sights bathed in neon light such as Mong Kok, Nathan Road in Kowloon, Cheung Sha Wan Road and La Chi Kok Road in Sham Shui Po.

The neon sign may be fading, but its undeniable charm that has enthralled scores of visitors is everlasting.