GHUI WRITES – Patriotism is showing that we care 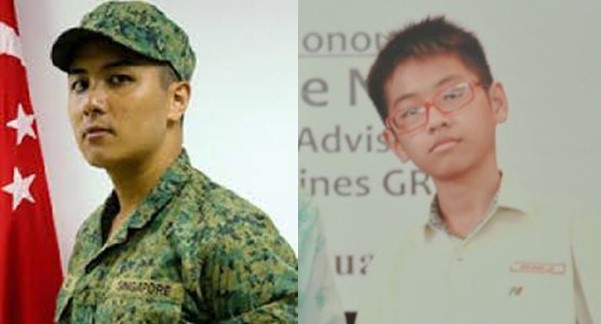 By Ghui
I would imagine that it has been a busy few weeks for the government’s PR arm. From Benjamin Lim’s tragic suicide to Dominique Sarron Lee’s unfortunate death, questions have been asked of the government’s policies in relation to National Service, school cooperation with the police and police dealings with minors.
While these are all very valid questions which should continue to be asked, I would like to focus on another issue that has arisen as a result of these incidences – that of patriotism.
Not too long ago, a video created by We are Majulah began traversing the Singaporean cyber sphere. While some have praised Divian Nair for taking the initiative, others have derided it as superficial and meaningless.
Are Singaporeans really unpatriotic and apathetic?
From the uproar that Benjamin Lim and Dominique Sarron Lee’s deaths have caused, I would think that Singaporeans are deeply passionate and protective of one of their own. While we are not outwardly patriotic or flag waving enthusiasts, we do care about our fellow men. Has the concept of patriotism been defined too narrowly?
Yes Singaporeans are a kiasu lot. We don’t want to risk our necks unnecessarily. Most of us are nonplussed by whether or not we win at international sporting events. More often than not, we give the impression that we just want to get on with our own lives with as little fuss as possible. This “just want to get on with it” attitude is more symptomatic of the rat race that is now part and parcel of Singaporean life than a lack of regard for the nation.
What happened to Dominique Sarron Lee, Benjamin Lim and their families have hit our nation hard. They were just normal average Singaporeans living normal average lives and that is what really affected us – that a typical Singaporean family just going about their daily activities in lifestyles that very much mirror our own could be hit with such apparently preventable tragedies performing the very activities that we all perform.
You see, patriotism requires a context that we can identify with. Otherwise, it is just airy fairy words that do not resonate with us. To call Singaporeans unpatriotic just because they do not think that they would relish the thought of dying for their country in an imagined war is as unfair as it is meaningless. Why would anyone consider dying in an imagined war when life is pretty cushy as it is? Why would anyone contemplate death when there is currently no imminent threat of war?
To measure patriotism or the lack thereof, we have to look at something that is currently relevant to the Singaporean experience. Unfortunate occurrences such as Dominique Sarron Lee and Benjamin Lim’s deaths are incidents that reverberate in the Singaporean collective consciousness because we can all relate to it. We all have children in the Singaporean school system and are vested in ensuring that our children are properly cared for. We all have sons, friends and relatives who have served or are serving National Service. We all rely on the police force to keep the country safe from crime.
When Benjamin Lim took his own life, we collectively felt his family’s loss. When Dominique Sarron Lee died in National Service, we were all concerned and when the suit taken by his family against SAF was thrown out with costs ordered to the family, we all shared in the indignation and anger.
We did care, and passionately so. The public outpouring of grief and outrage was immense. Questions were repeatedly asked of the government and a crowd funding page was even started to help the Lee family pay its legal expenses. Ultimately, Minister Ng Eng Hen stepped up to say that the family should not have to pay for the SAF’s legal fees.
In the end, Dominique’s family decided that the funds raised by the crowd funding page were to be donated to the Straits Times Pocket Money Fund. That, too, showed how much we can care for each other in spite of our own grief.
As a result of public support, Minister Shanmugam has finally spoken up with regards to Benjamin Lim and Minister Ng Eng Hen stepped up in relation to Dominique Sarron Lee. While I am not suggesting that these measures are adequate in light of the deaths, I wish to highlight that these incidences have brought out Singaporean patriotism.
We rose up to speak up and express concern for one of our own, and for that I am proud.
Patriotism isn’t just a concept plucked from the sky based on hypothetical wars or terror attacks. It is very real and should be measured by real life experiences. These experiences may not seem as romantic or as a heroic as defending Singapore from a war or a terror attack, but they are relevant and practical evidence of our patriotism.
We don’t need a word to signify our commitment to the country. It is our actions that count and in my book, we care – and deeply so.Follow us on Social Media