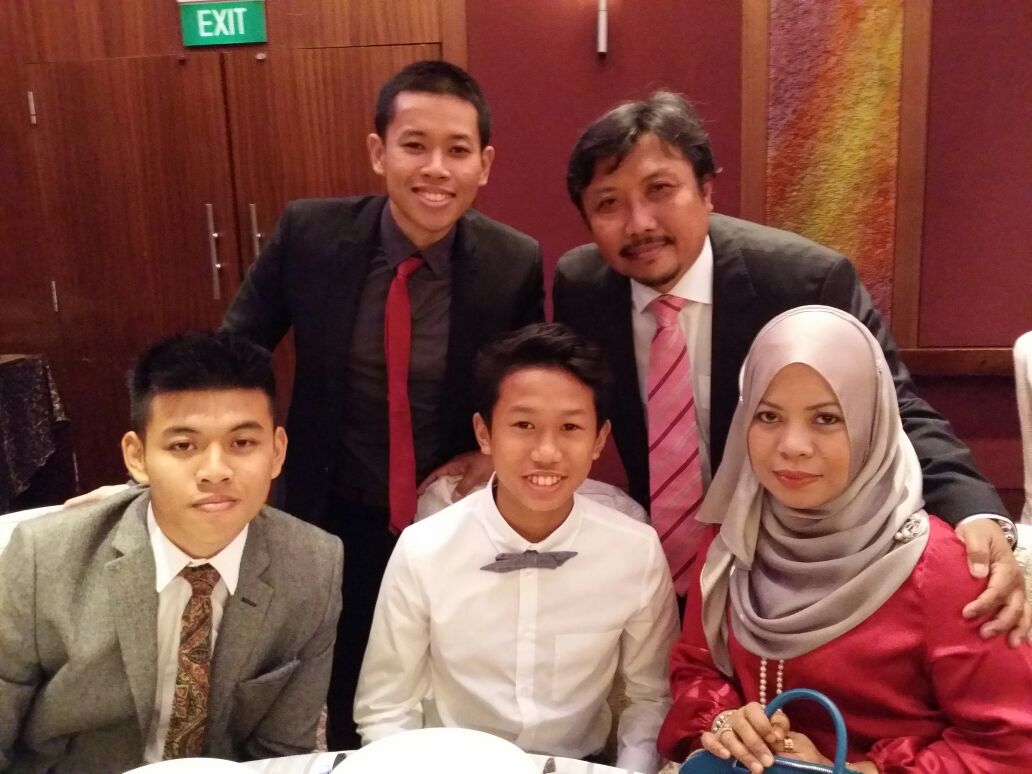 FROM a “kampong” footballer to a prominent business figure with the Singapore Malay Chamber of Commerce & Industry, Zaki Maarof has diligently come up the community ranks but he never ever forgets his roots at Kaki Bukit.

Today, as the President of Kaki Bukit Sports Club, a National Football League (NFL) Division Two club in the eastern-corner of Singapore, he wants to play a bigger role in the national football scene.

He has put his name forward towards a national challenge to be a Football Association of Singapore (FAS) Vice President candidate in Bill Ng’s “Game Changers”.

“It’s always nice to pay back to the football and social community and I find this service to FAS football as the biggest challenge in my life. Football is always very close to my heart and, dare I say, my first priority. I usually postpone business work even cancel family appointments because of football. Football-gila, lah,” says the 53-year-old father of three teenage boys, who is a Director Yama Medical Supplies, says with a big smile.

If he gets to the highest football office, Zaki is looking at using his kampong-styled experience to build a robust and highly integrated campaign, using diverse platforms to communicate with supporters, engage influencers, reach the media and even rally attendance at the matches.

As a Kaki Bukit heartlander, he relishes telling the real-life tales of Fandi Ahmad, the rags-to-riches rise as a Kaki Bukit kampong boy to one of Asia’s most talented footballers and among a handful to earn a European contract in the 1980s.

“These are just the stuff for the legendary books,” he says. “Fandi’s success story must be repeated and repeated, even a 1,000 times to show that ‘kampong boys’ (village lad, in Malay) can rise to be exemplary Singapore icons and global ambassadors, if they put their heart and soul to what they believe in”.

He recollects how Fandi was just 12, when he told his famous father, former national goalkeeper (the late) Ahmad Wartam, and mother, Semiah Ismail, that he was simply born to play football! How he worked very hard and later rose to European stardom, best remembered by his Uefa Cup goal for( Dutch club) FC Groningen against (Italian giants) Inter-Milan, and today he’s hailed as the ‘Son of Singapore football’.

Such hero-like cult status of Fandi of Kaki Bukit fame will inspire the younger generation to even look at a longer-term career in professional football.

“I personally see a serious need to place greater emphasis on youth football, and I see Fandi’s recent appointment as FAS Head Youth Coach as one of the key planks on which we can build on the future youth development programme,” says Zaki, who also played competitive football for Combined Schools, Changi United, South Avenue FC and Kaki Bukit in the 1980s.

He is delighted that Hougang United chairman Bill Ng, who will be contesting for the FAS Presidency, is fully supportive of going back to the roots to support heartlander football.

The Liverpool FC die-hard fan says: “Bill Ng and his team share my same philosophy that we must show more care and concern to the ground and motivate the rise of the previously-neglected leagues in the lower divisions such as the National Football League (NFL), Women’s League and even look at ways to reinstate the Business Houses and Government Services competitions and also the Singapore Hotel Association tournaments.”

Zaki also sees a “genuine need to feel the heart-beats of the HDB and grassroots folks”. He adds: “We must create more communication and inter-action lines to every 44 FAS-affiliated clubs so that we listen to what the ‘small men and women’ have to say. Their honest feedbacks are important to setting Singapore football on the right path.”

Zaki’s personal life story, too, is heart-endearing as he burned the proverbial midnight oil to move up the ranks. Professionally, as a medical-based businessman over two decades who served the Singapore Malay Chamber of Commerce & Industry, over 10 years, as Treasurer and Deputy President.

His three sons, aged 16, 22 and 24, share the same sporting passion although they have excelled more in silat (a class of indigenous Malay martial arts) at national competitive levels.

Sincerely listening to the ground matters a lot to Zaki, as he sees a “genuine need to feel the heart-beats of the HDB and grassroots folks”.

He adds: “We must create more communication and inter-action lines to every 44 FAS-affiliated clubs so that we listen to what the ‘small men and women’ have to say. Their honest feedbacks are important to setting Singapore football on the right path.”

“Kaki Bukit is very proud of their homegrown ‘kampong’ boy who is regionally recognised,” he adds. “Rather unconsciously, he was capable of raising the hearts and souls from the grassroots football fields, in classrooms to community centres, even to win the hearts of the print, broadcast or social media to show that there can be a brighter future for a struggling game today.”

Definitely, the “Game Changers”, under Bill Ng, intend to draw a sincere longer-term plan to groom the future generations of Fandi Ahmads, with a “kampong boy” like Zaki Ma’arof at the helm as FAS Vice President.

‘Game Changers’ is led by football-hearted businessman Bill Ng and the alternative team of 15 football-hearted personalities will be contesting the FAS elections on April 29 at the SportsHub.Follow us on Social Media