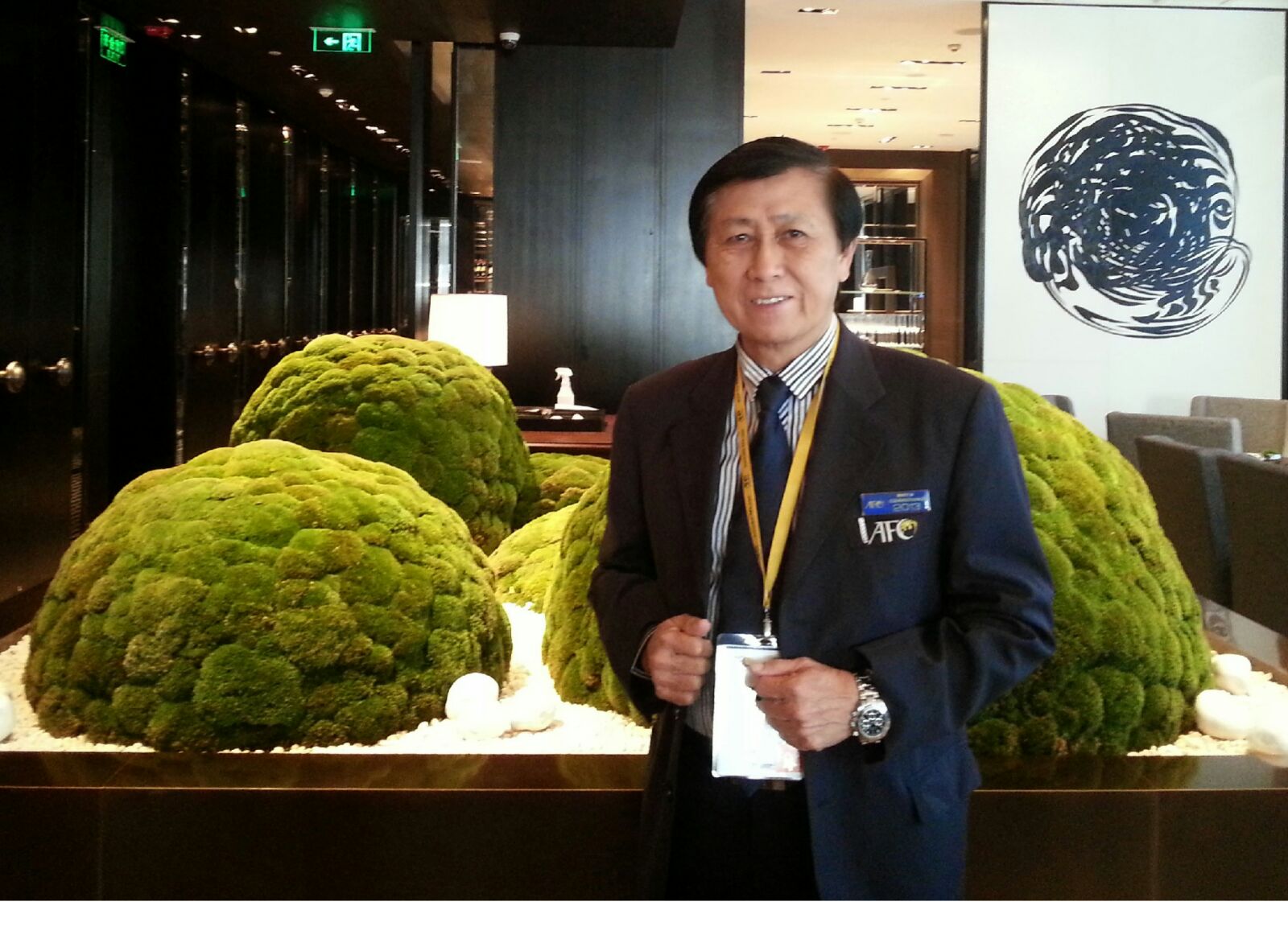 FEW can ever have a half-century love affair with football, more so half that time spent with a whistle or flag and hearing the occasional cries of “referee kayu”.

But for Lai Boon Teck, any negative chants for the men-in-black only proves a bigger motivator as they stand out as a rare breed of amateur football volunteers, who offer their services in the field of play after an eight-hour work shift.

The pride and passion to serve football ring loudly in the ears of Lai, who remembers the words of American author Steve Pavlia: “Passion and purpose go hand in hand. When you discover your purpose, you will normally find it’s something you’re tremendously passionate about.”

As a footballer from Beatty Secondary School in 1967 to a recognised referee at Football Association of Singapore (FAS), rising to be a FIFA assistant referee, the 69-year-old recollects with honour what it feels like to put on the school football jersey or the national colours or even the man-in-black attire, he feels very proud about.

“Whatever the sport, the feeling is the same: A massive sense of pride, purpose and pleasure. You aren’t just anybody, you are a sportsman set to give off your best. You walk a little taller, run a little faster, kick the ball harder and even laugh a little louder,” says Lai, a father of two, daughters aged 42 and 37. He has four grandchildren.

“You learn a lot more about yourself when you play a team-sport like football. You realise how strong you are, or how weak, as an individual or as a team of 11 players. You learn how to play with sportsmanship, skill and style. You learn how to win with grace and lose with dignity.”

Lai is a familiar face with the men-in-black. He helped to forge closer relations between the S-League and referees and worked hard towards the biggest refereeing headache – in recruiting and retaining the men-in-black.

“There are many challenges, even along the referees’ corridors, in the months ahead to lift the morale of the men-in-black and to get the elite referees towards regional-class level and perhaps to also knock on World Cup Finals’ doors, too,” he says.

Recalling his two-decade refereeing career, he says “there were plenty of sacrifices with work and family time to be involved with football…I took refereeing as a hobby and gave it my best shot to be promoted from rank and file to be a FIFA referee”.

Now he wants to inculcate the endearing values of passionate football, starting with the grassroots, through Bill Ng’s “Game Changers” Team, which believes in the other important football-valued things – like discipline, commitment and perseverance.
TRUEST VALUES

Passion must be inculcated like the alphabets, right from the kindergarten. He adds: “The younger generation must be taught the truest values, to be better Singaporeans through football. You learn that even if you lose, you can pick yourself up and try again, for tomorrow there’s another race.”

Lai has served even in the international arena as an Asian Football Confederation (AFC) Match Commissioner, after making his benchmarks in refereeing, over 25 years, when he started as a Class Three referee in 1979, taking it as a passionate hobby.

“Passion to serve is my motto,” he says. “The passionate values you find on the field, stadiums and sports halls, even friendships forged in the pursuit of sweet victory and affirmed in the bitterness of defeat. These shared experiences of football burrow themselves deep into our hearts.”
He is confident that the “Game Changers” have the nitty-gritty values to bring the “passionate, vibrant world of Singapore sportsmanship to light”.

He says: “Football has many benefits. It is not just for the materialist aspect of getting good health. The ‘bola’ game is the most popular in the world because it builds up courage, character of a person, disciplines him, teaches him fair play, his ability to take defeat and get him into the right spirit of cooperation with others.”

The “Game Changers”, he says, comprise of a group of highly professional people with great integrity. He adds: “I have fate and trust in them. We have meetings after meetings and as a totally united team, we’re very committed to see football going the right directions.”
GRASSROOTS LEVEL

Lai anticipates a massive level of spadework at the grassroots level to engage children and parents to come forward, to support the football, even in organising community games, weekend soccer and shorter versions of the sport, like five-a-side matches.

Besides giving a good “kick” to fire up the 22-year-old S-League and to encourage more family-styled supporters, he also wishes equal priority to be given to the lower-rung competitions like the National Football League (NFL), reviving the Singapore Hotel Association (SHA), Singapore Business Houses and Singapore Government Services tournaments.

“Family involvement must be encouraged,” he says. “If the father or mother plays football there is a likely hood the children may join them, too. And if the kids get an early hang of football, they will bring their parents with them to watch them play.”

The slogan of the “Game Changers” is “Roaring to a new era”, definitely for a change for the betterment of football with the ultimate aim to bring back the famed “Kallang Roar” very soon.
Lai, a former civil servant with Singapore Customs for almost 46 years, also wants to see refereeing standards and infrastructure further improved. He was the FAS Referees’ Department head for 16 months until June 2012, wherein he introduced wireless on-field communications for better interaction among the match officials.

Passion in cultivating football interest and spirit, in Lai’s words, as he quotes British statesman Sir Winston Churchill: “At the end of the day we all need to remember to keep going. However, just making it another day doesn’t get us where we truly want to be. We must move with vigor, passion, and fixed determination to achieve our goals. Never, never, never give up.”
Especially the endearing passion to serve football seriously and sincerely. The branded Lai-way with a whistle or a flag.

‘Game Changers’ is led by football-hearted businessman Bill Ng and the alternative team who will be contesting the FAS elections on April 29 at the SportsHub.