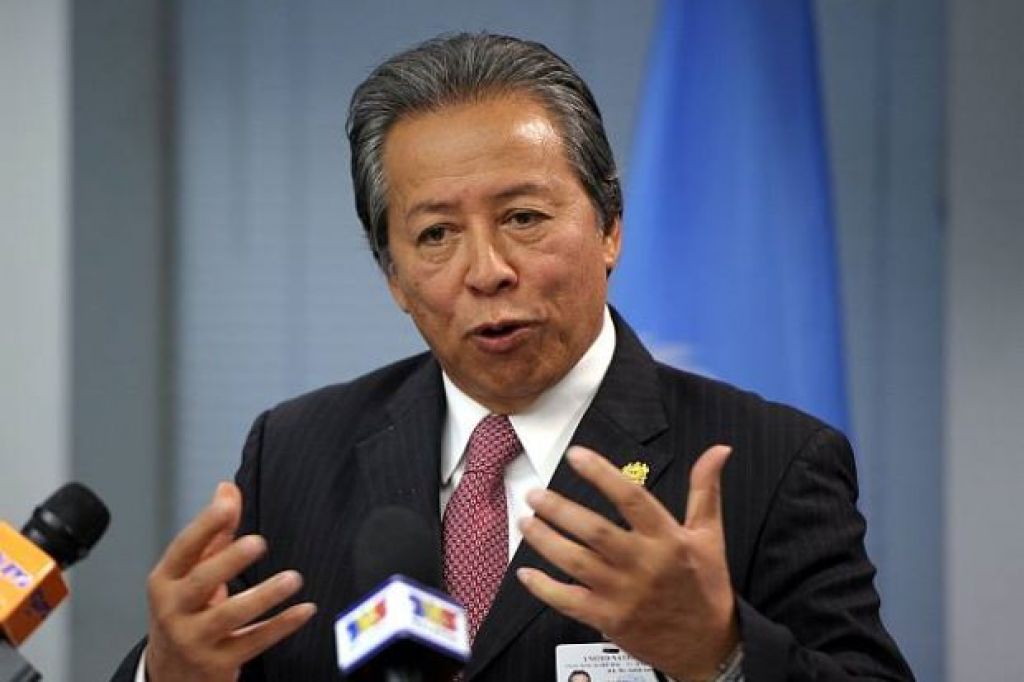 Malaysia is waiting for the next move from its Foreign Affairs Minister Anifah Aman, who is in the middle of a tweet storm between Selangor Menteri Besar Azmin Ali and Malaysia’s Prime Minister Najib Razak.

Will Anifah Aman quit from his post as Foreign Affairs Minister or not?

A tweet from the Selangor Menteri Besar Azmin Ali has caused a massive hunt for the name of a minister whom he said was leaving the Cabinet.

And it took a Cabinet Minister, the deputy Prime Minister of Malaysia, Zahid Hamidi non-the-less, to reveal the name of the minister.

Anifah has left Malaysia for Brussels to represent the country as its Foreign Minister, said Zahid Hamidi, who posted a photo of him posing with the minister.

Azmin had said in a tweet that the people should wait for news of a top leadership resignation from Prime Minister Najib Razak’s cabinet ‘over the 1MDB issue.”

The tweet by Azmin forced Najib into the storm, hitting back at Azmin as a liar.

The Selangor Menteri Besar says the information he received came from the minister himself, adding that the public should just ‘wait and see’.

Zahid Hamidi’s clout
A recap of the events since Azmin’s massive tweet shows that the PKR leader is effectively in talks with Barisan Nasional (BN) ministers, saying he received the resignation thoughts from Anifah Aman himself.

The other indicator is that the cabinet is probably aware of a possible resignation by Anifah since the Deputy PM leaked his name to a hungry public.

But Najib said in his tweet about Azmin’s claims of a future ministerial resignation that “No minister has informed me that he is quitting.”

Najib’s tweet leaked one major information. It was a male minister, but he is not quitting.
Could it be that Zahid has more intel than his PM on what is happening among the ministers in the country? Did Azmin mention it was a he?

Unless Najib is not telling the public that he knew who Azmin was referring to and that a potential resignation was not necessarily unknown to the cabinet.

Election year confirmed?
However, the Minister of International Trade and Industry Mustapa Mohamed, who dismissed Azmin’s tweet as “cheeky news”, also said the information was put out to confuse the public “ahead of the general elections.”

1MDB casualties
The United Malays National Organisation (UMNO) is the worst hit by the 1MDB scandal, a scandal that is not going away.

The 1MDB issue was at the center of a Cabinet reshuffle in July 2015, costing deputy prime minister Muhyiddin Yassin and rural development minister Shafie Apdal their posts.
In June last year, Ahmad Husni Mohamad Hanadzlah announced he was resigning as second finance minister, citing “stress” over the 1MDB controversy.

Mahathir, the Umno stalwart left the party with several other Umno leaders at various level following him to form an opposition party, the Party Bersatu PriBumi.