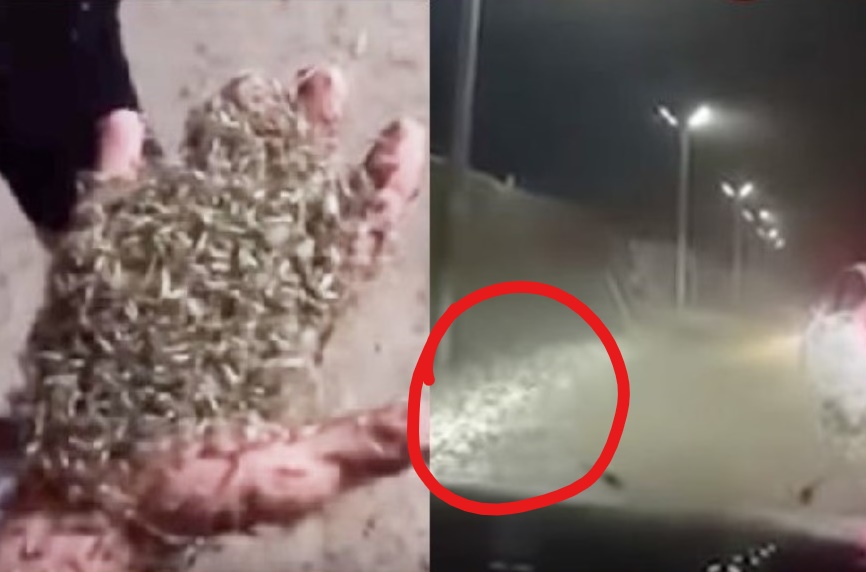 An invasion of flying bugs has brought one town to a standstill, leaving residents terrified and unable to drive or walk around their own neighbourhood.

While the insects cover any open surface in their path and have even brought traffic to a stop with their great numbers, they remain a problem even when they’re dead since the thick droves of insects on the roads poses risks for drivers and pedestrians because the grounds and roads are dangerous and slippery.

The swarms of insects flying in the city of Taganrog in southern Russia – about 40 miles from the Ukraine border – is so great that locals have dubbed the phenomenon an “insect apocalypse”.

In reality, the bizarre phenomenon is not an apocalypse event. It is a result of the Chironomidae insects’ heavy breeding in the small lakes around the city. Also known as chironomids or non-biting midges, these insects have a short lifespan of two-five days.

Despite this, the insects have left locals frightened. One local, Olga Shustrova, told reporters: “It is scary to go out in the evening because they fly towards all lights. Thank God, they do not bite you. We got used to such insects last year – but there were far fewer. Now there are swarms of them.”

This is not the first time swarms of insects have caused fears of a coming apocalyse. Just this past May, droves of mosquitoes attacking pets and wild animals in Russia’s Voronezh region left locals terrified of leaving their homes since it was “impossible” to go outside without being “eaten alive” by the insects.

The aggressive insects even attacked those staying indoors by invading homes through crawling underneath doors to get at their prey.Follow us on Social Media