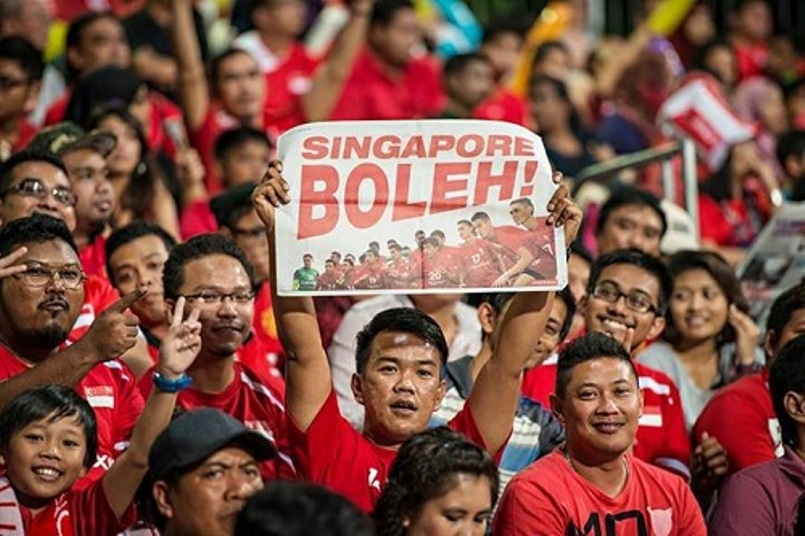 FINALLY, the FA of Singapore (FAS) have set September 24 as the date for the long-overdue extraordinary general meeting.

I’ve seldom seen a top-ranked national sports association (NSA) dragging their feet so long in constitutionally calling for an ordained meeting, with FIFA (the world controlling body) barking at their doorsteps for a democratically elected polls.

For better or for worse, the election of the council members, through the election pathway, shall indeed be a new refreshing chapter in the history of the FAS, which, for the record, is the oldest affiliate of the Asian Football Confederation (AFC), with its founding in 1892.

Singapore, as a little red-dot of an island, ranks as a global crown jewel for going by the book, and even punching above its weight, with the government always looking at succession in longer-term pragmatic ways.

The world over, Singapore’s model has – with no resources and limited land – produced a small state, efficient public services, a competitive economy and high per capita income. There must be something the new generation can learn from that.

Staring right in front of the football fraternity, there’s a surprising fear among the football incumbents not to let go of their wretched hold of the FAS. I really wonder why!

There are whispers among the football grassroots why the FAS called for a closed-door meeting with the media a fortnight ago to list out, “off the record”, some of the do’s and don’ts for those wishing to contest the polls. Even listing out its internal organisational failures, from grassroots progress to coach development, even crying over a non-competitive football environment and moaning over the non-inspiring S-League.

In my opinion, football is a results-driven business, and those who’ve not delivered the goods must step aside for fresh blood, a new generation of council members.

They should not set ambiguous hurdles for the fresher candidates to contest the new polls, especially in insisting (probably unheard of in any FIFA affiliate) for the senior office-bearers to have played an active role at FIFA/Confederation/club level for two of last five years.

This autocratic way of ruling the No 1 sport must stop. There must be no room for absolutist or authoritarian way of running the show. Football is about democratic fair play, never about dictatorship. And soonest time this “overlord” mentality stops the better because there should never be a totalitarian or tyrant showmanship along the corridors of the Jalan Besar Stadium headquarters.

Please, FAS: It’s time to wake up and have an inspiring kind of innovation and freshness that younger Singaporeans want to see. Too often, the Made-in-Singapore football dons, the past three decades, have been stuck in an inertia with the aim of being traditional. The FAS now needs people with new thinking, new ideas and new ambitions, and they should be allowed to do it their way.

I wonder why they’re so reluctant to give way, perhaps is it because of the special travel perks, fringe benefits or other board-incentives they discreetly enjoy or some “pot of gold” that they wish not to let go.

For 35 years, the FAS banked on government appointees to run football and now, for the first time, with the 30-odd affiliated clubs deciding the votes, some peculiar rules have been set in.

Is it merely for the incumbent’s longer-term continuance or to encourage fair play in getting the grassroots to decide who will be the next football leaders?

Enough is enough, FAS. From the late Lee Kuan Yew to Goh Chok Tong and Lee Hsien Loong, the leaders believed in fair play, despite the harsh reality of the competitive and unpredictable world we now live in.

Now let’s do it right and let the heartlander clubs decide who will take over the football leadership. At the end of the final whistle, those who failed to score goals must raise their hands, honestly, to be substituted and not drag their feet irresponsibly to continue.

Passing the baton unequivocally, is in the true spirit of sportsmanship and leadership, which I hope to see in the new FAS, and for the disgruntled incumbents to give way gracefully.

Oops, if the 21-year-old S-League is supposedly failing or fruitless or futile, can I do a quick head-count: How many FAS Council Members, from President downwards, sincerely or seriously support the professional league by coming to regularly watch the matches?

If you’re not interested, in supporting a home-based pro league of future footballers, who’ll carry Singapore’s flag over the next decade, the strategy is straightforward: Simply throw in the towel or you’ll have a lot of questions to answer at the September 24 long-overdue extraordinary general meeting.