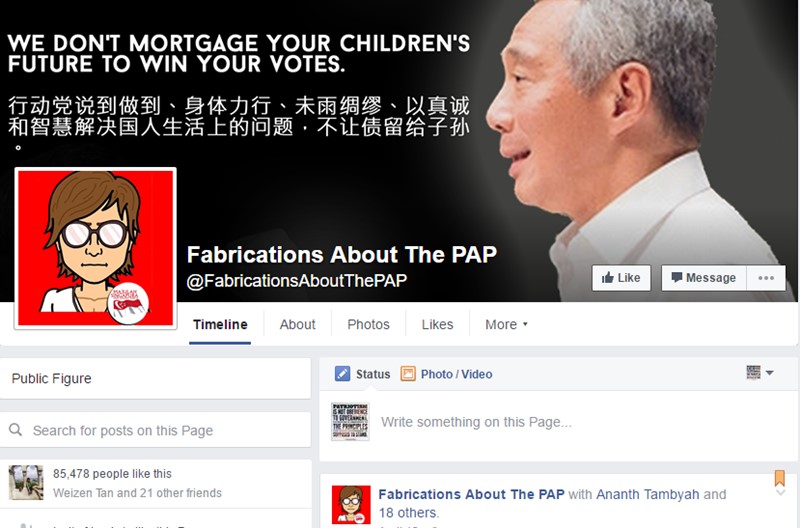 The Admin of the fanatical fanpage of the People’s Action Party has been called up for investigation by the police for allegedly violating the Cooling Off Day violation. The following are screengrabs of the Facebook admin, Jason Chua Chin Seng’s Facebook.

Two individuals filed a police report against the fanpage on June 13. They did so after the Elections Department (ELD) did not get back to them about what actions will be taken against the Admin of the Facebook page for the alleged offence.
Mr Augustine Lee said that he wrote to the ELD on 30 May to report the incident, but it was only when he contacted ELD directly on 6 June that he received a response from ELD. Mr Lee said that an ELD officer called him on 7 June to say that they are looking into the matter.
“The officer acknowledge that the evidence shows that FAP has posted “Vote Murali because he’s working for you. Not because you are part of a political journey,”” he said.
At that point in time, ELD did not indicate to him if they have made a police report on this matter, nor if they intend to take any action against the owners of the fanatical Facebook page that openly tags PAP Ministers and MPs in its posts.
ELD had earlier filed a police report against Ms Teo Soh Lung and Mr Roy Ngerng for similar Facebook postings they made on Cooling Off Day, whereupon the police began a thorough investigation, including holding them for hours for questioning, searching their homes and confiscating their computers and mobile phones.
With no further updates from ELD, Mr Lee made the police report accompanied by Mr Teng Yong Ping, who had earlier made another police report about two other possible elections advertising breaches – one during the Bukit Batok by-election at a town council facility, and one during General Election 2015 at Nee Soon GRC.
Mr Teng had also flagged these incidents out to ELD, but did not receive any reply about any action taken.Follow us on Social Media