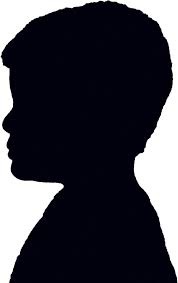 The future is uncertain for a four-year-old boy and his parents as Singapore’s Family Justice Court rejected his biological father’s application for single-parent adoption on December 26, 2017. This case reveals the fault lines in our society and public opinion is split over this matter.

Much to the heartbreak of his parents, it is uncertain whether the child, who is in the center of a gay surrogacy adoption case, will be allowed to stay on a long-term basis in the country.

The child was born in the United States in November 2013, via surrogacy. He has been raised by his parents, a doctor and a businessman who have been together for two decades, since they came back to Singapore with him shortly after he was born. Under Singaporean law, the child is a US citizen, and also an illegitimate one, since his biological father and mother are unmarried.

This illegitimate status, which his biological father had sought to change legally, has had profound effects on the family. Had the single-parent application for adoption been approved, the biological father would have been given complete rights and responsibility over the boy. The parents had also hoped to apply for Singaporean citizenship upon approval of the adoption, a process that they started three years ago.

They have also said that they are not pushing any agenda concerning homosexuality.

Judge Shobha Nair stated in her judgment that the couple were aware that Singapore’s laws allow assisted reproductive technologies only for couples who are married, and that there are no services for surrogacy in the country.

Nair further wrote “This application is in reality an attempt to obtain a desired result — that is, formalising the parent-child relationship in order to obtain certain benefits, by walking through the back door of the system when the front door was firmly shut.”

She reiterated that the boy would still be receiving sufficient care—food, housing, education, support—even with his current status.

The boy’s parents were disappointed with the judgment. The boy’s father told This Week in Asia, “The first feeling that I had when I got that was, ‘Wow, so my country is telling me that my partner and I, although we’ve contributed this much and can contribute more, if we moved it doesn’t make a difference to them at all’.”

On January 4, the boy’s parents appealed the judgment. They are understandably concerned whether their son can permanently stay in Singapore. His biological father had applied for citizenship for him when they first arrived in 2013, but this application was rejected the following year. His parents have even sought citizenship through appealing for it via a Member of Parliament, but this appeal failed.

The boy, who arrived in Singapore when he was less than a month old, has been staying in the country on a tourist visa, a long-term visit pass, and dependent passes that are renewable every six months.

Should any of the renewals be denied, his parents will have to take him out of the country temporarily, since US citizens are only given three-month tourist visas in Singapore.

There is also the possibility of moving to another country, but this is the couple’s last choice, since the family is rooted and grounded in Singapore.

Judge Nair has refuted the need for the family to migrate, but she has also said that a young child would do well anywhere in the company of parents who love him, and, “Even if that (moving) became a reality, parents often take uncomfortable and even painful personal steps for their children.”

The boy’s parents are also concerned about schooling, especially when he starts primary school. Both men were raised, educated and performed National Service in Singapore. This is what they would like their son to experience as well. However, schooling will be extremely difficult if the boy is never granted citizenship, since non-citizens have last priority and get last choice of primary schools.

His father is concerned that the boy may even end up in a school that is far from their home. They will also be paying more expensive tuition fees, since the boy is a foreigner. Furthermore, since he was born out of wedlock and only has his biological father’s name on his legal papers, even his inheritance will be problematic.

The couple had been deeply involved in raising one of their nephews, and wanted a child of their own for some time. Examining the option of adopting a child, they were told that their chances were slim since they were a gay couple, something that they did not want to hide.

They had also met some people who had gotten children through surrogacy, with one child even becoming a naturalized citizen. Upon realizing that no laws forbade surrogacy in Singapore, the couple connected with a surrogate mother in the US who desired to be of assistance to homosexual parents. They ended up developing a good relationship with the surrogate mother, and were with her and her husband in the US when she gave birth to the boy in November 2013.

The couple was thrilled to become parents.

However, Judge Nair found fault with the paid surrogate birth. She wrote that it “reflects the very thing the Adoption Act seeks to prevent — the use of money to encourage the movement of life from one hand to another.”

Judge Nair reiterated that the couple’s sexuality had no bearing on the case, something that the couple’s lawyer, Ivan Cheong, echoed. He said that focus must be put on the fact that parents may not be able to legally adopt their own children when these children are birthed through surrogacy.

The couple in question had paid US $200,000 for the surrogacy. The judge found this amount to be sizable, and put into question the transactional nature of the surrogacy. A spokesperson for Singapore’s Ministry of Social and Family Development said, “The Adoption of Children Act prohibits any payment or reward to the biological or adoptive parents for the adoption of the child, except with the sanction of the Court.”
The ministry also reiterated that Singaporean policies support parenthood that is within marriage, and the choice of singles to become parents via surrogacy or assisted reproductive means is the opposite of these policies.

This is not to say that single or nontraditional parenthood does not exist in Singapore. There are cases of lesbian parents raising a child, or single women getting pregnant from sperm donors in different countries and raising their children on their own.

To their gratification, society has been kind to the gay couple in this story, and they’ve found acceptance in their neighborhood, preschool, doctor’s offices, etc.

The only exception has been in the courts of law.

The public has been divided in their response to this situation. The couple has, expectedly, gotten support from LGBT groups in Singapore, who regard the law governing families as outdated, and are calling for a broader definition of “family.”

However, other Singaporeans hold to more the more traditional definition of children needing both a mother and a father.

The couple’s lawyer, Ivan Cheong, says that it is up to Parliament, as they see fit, to make changes in policy that will reflect our changing times.

Netizens reactions to the case have been varied. Many people are compassionate over the child’s plight.

Others found the couple to be serving their own interests and not the child’s, in the light of existing Singaporean policy.

Yet others derided the economic aspect of the whole case.

Yet, others believe that the couple was ultimately denied adoption because of their sexuality.