National University of Singapore (NUS) Associate Professor Ben Leong came out to say that the Government should use the Sedition Act against the Nair siblings. His sentiments were echoed by Calvin Cheng who went so far as to say that Preeti and Subhas should be jailed and caned.

Former Nominated Member of Parliament (NMP) Calvin Cheng has drawn backlash for suggesting that the authorities should jail and cane Preetipls and Subhas Nair for the controversial rap video they released.

The controversy has largely divided Singaporeans. Some believe that the video was offensive while others felt that Preeti and Subhas are entitled to their opinion.

In the midst of the controversy surrounding the E-pay advertisement and the rap video, National University of Singapore (NUS) Associate Professor Ben Leong came out to say that the Government should use the Sedition Act against the Nair siblings.

Prof Leong is an Associate Professor of Computer Science at NUS’ School of Computing and the Director of Experimental Systems and Technology Laboratory at the Ministry of Education.

In a comment on social media, he wrote: “I think it’s time to take the Sedition Act out of the store room for some dusting. Every now and then must take out and sun.”

Piggybacking on Prof Leong’s comment, Calvin Cheng went so far as to say that Preeti and Subhas should be jailed and caned. He wrote: “yes. Jail and cane them.” The majority of netizens responding to the comments written by Prof Leong and Mr Cheng felt that both men are over-reacting to the situation: 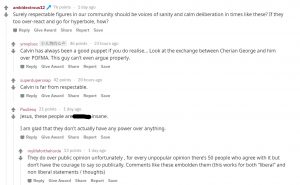