Ex-coach hits back at STTA over Feng’s termination 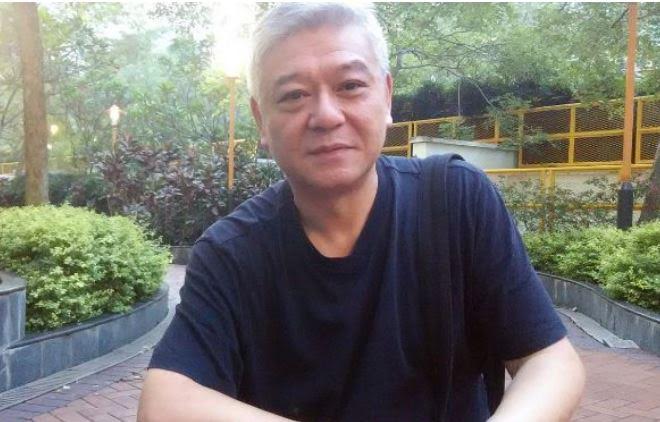 After news of Feng Tianwei being dropped by STTA emerged last week, the former national table tennis men’s head coach Yang Chuanning came out to hit back at STTA. Yang himself was let go by STTA under peculiar circumstances in Nov last year, even though his contract was yet to be completed.

Defending Feng, coach Yang told ST (‘STTA and Feng Tianwei: Ex-coach speaks out‘), “I left Singapore feeling very upset, but I’ve moved on and wouldn’t have brought it up again if not for what Tianwei is going through now.”

He cited story of his sacking as one of the factors behind the breakdown in relationship between Feng and the management of STTA, culminating to her dismissal last week.

The saga of Feng began when she started to have doubts of the coaching capability of women’s team head coach, Jing Junhong.

Jing is not one of the regular PRC coaches who come and go in STTA. She is more than that. She is the wife of Loy Soo Han, who is the technical director and part of STTA management.

Yang told ST that Feng and her compatriots went to see him privately last year without the knowledge of STTA management. They didn’t think Jing will be able to help them further and asked if Yang could be their coach instead. Yang was coaching the men’s team then.

“The women’s team approached me privately to see if I might be interested in coaching them. Maybe it came across to some that I had instigated the players, but I never asked for the post. I was comfortable as men’s team coach,” Yang said. “I’m open to a new challenge if they think I’m suitable for the role but it was a decision for the STTA to make.”

So in early Oct last year, Feng and her compatriots made a request to STTA for Yang to replace Jing as head coach of the women’s team.

“The request, however, is believed to have caused relations to sour between Feng and the senior leadership in the STTA, eventually contributing to her recent expulsion from the national team,” ST reported.

Understandably, Jing and husband Loy must have felt being slighted when Feng and team made the request to change Jing. And as what Yang said, STTA management must have also thought that the request came from Yang himself.

After the request was made, tensions between Jing and the women’s team escalated. It was finally brought to the open during the women’s doubles in Poland on 24 Oct last year when Jing clashed with Yu Mengyu, one of the players.

Yu thought she would be coached by assistant coach Hao Anlin for her game. Instead, Jing wanted to take over, as Hao was “visibly exhausted” after coaching and sparring during the tournament. Yu, however, was not happy with the arrangement, leading to an argument on court before Jing relented and Hao took over.

Yu later told the media that her argument with Jing had affected her performance in the game.

About 2 weeks later on 5 Nov, STTA announced that Jing has been “redeployed” as chief coach of youth development and that Liu Jiayi, Jing’s deputy, would take over as women’s team head coach.

At the same time, STTA also announced the sacking of coach Yang, which completely puzzled him (‘Table Tennis: Coach Yang puzzled over sack‘).

At the time, Yang told the media that he had not been given any reasons for his dismissal and felt that he was simply made a victim in the STTA’s internal turmoil in the women’s team.

STTA would only say they had received complaints about his coaching capabilities and professionalism from the men’s team. It told the media with a strange reply, “This decision to terminate coach Yang comes after extensive consultation with the players of the men’s team. The decision is being made in the best interest of the players and in view of the upcoming Olympics 2016.”

It is indeed strange for STTA to sack the men’s head coach only 9 months away from the Rio Olympics.

Yang was truly aggrieved over his sacking as 6 days later (11 Nov), just before he flew back to China, he continued to express his unhappiness with STTA (‘Table tennis: Men’s coach Yang fires parting salvo at STTA‘).

“For five years, I didn’t do any damage to the STTA. Their treatment is really very unfair,” he told the media. “I asked them to give me a reason for the dismissal, and they said ‘no reason’.”

“I have not slept well as this issue has been bugging me. I am happy to go home, but I cannot accept leaving this way. This will damage Singapore’s reputation. Who will dare to come here (to coach)? Other people will see (what they have done).”

With regard to what STTA told media about Yang being “unprofessional”, he rubbished the complaints against him. “My conscience is clear. Why did they renew my contract if they were not happy with me?” he asked.

And with regard to complaints of biasness against local players, Yang replied, “I assigned one senior player to train with the three local players every day. At the recent Asian Championships, I worked from 8am to 6pm every day. If I was biased, they wouldn’t have had the results they achieved.”

Yang was proud to have contributed to the success of the Singapore men’s table tennis team. In fact, in 2014, STTA was so grateful to Yang’s contribution that it gave him the Keppel-STTA Sports Excellence Award 2014.

But Yang continued to insist that he was a victim of the STTA’s internal turmoil in the women’s team.

“Tianwei trains with the men’s team sometimes, and occasionally she asked me for help,” added Yang. “She wanted me to guide her, but it has now ended up like this. Mengyu and Tianwei feel guilty because their requests got me into trouble. But I told them never mind as I was planning to go home next year. I just hope they will not be too affected by this.”

Yang’s helping to improve Feng’s table tennis skills must have infuriated Jing and Loy further. And with him pouring out his grievances against STTA to the media, Yang left on a plane back to his native Jiangsu province where he is now a coach there.

Women’s team want out from STTA

After the women’s team came back from the Rio Olympics in Aug this year empty-handed, it was reported that some of the women’s team players want to get out of STTA (https://theindependent.sg.sg/prc-born-table-tennis-players-want-out-from-stta).

“This post-mortem will be as objective as possible as this is about sports in Singapore, and the future of sports here. If there is any unhappiness, it will have to be addressed during the post-mortem,” she added.

As things turned out, STTA dropped Feng last week instead to show to others that STTA now means business.

Epilogue: In regard to STTA’s accusation of Yang’s inferior coaching capabilities and professionalism, ST’s article today also quoted one of his former charges here saying, “Coach Yang has a high level of technical skills and he was helpful whether in training or competition. The results he has helped produce are there for all to see.” The player has asked ST to leave out his name.