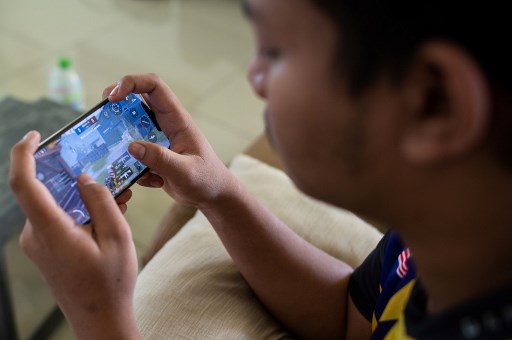 A rising eSports player has won a years-long battle for Malaysian citizenship, a victory that allows him to compete internationally and highlights problems faced by hundreds of thousands of stateless children in the country.

Muhammad Aiman Hafizi Ahmad was part of a team competing in the popular PlayerUnknown’s Battlegrounds (PUBG), which pits participants against each other in a virtual fight to the death.

But when they won the chance to take part in two tournaments in China last year, the 20-year-old had to skip them — he could not travel overseas, as he was officially stateless.

Aiman was born in Malaysia to an Indonesian mother and adopted by local parents, but he had never been recognised as a Malaysian citizen and could not get a passport.

He had applied to become Malaysian years earlier and was refused. But after being forced to miss the tournaments, he renewed his efforts by launching a widely publicised legal battle.

Authorities then decided to grant him citizenship, making the court fight unnecessary.

“I have waited to get this certificate of citizenship for eight years,” a delighted Aiman said Tuesday in the administrative capital Putrajaya, clutching the document.

With the legal battle behind him, Aiman said he looked forward to “resuming playing in the competitive scene”.

While travel overseas for competitions looks unlikely in the near future due to the coronavirus pandemic, the decision nevertheless opens the door for Aiman to develop his career in the booming eSports scene.

– ‘Opaque’ process –
Born to an Indonesian mother and an unknown father, Aiman was adopted by a couple from Malaysia’s ethnic Malay Muslim majority in the town of Taiping, in the central state of Perak.

Though his birth was later registered by his adoptive parents, his documents described him as stateless.

As well as leaving him without a passport, this made it more difficult to get access to healthcare, education and work, and he could not even open a bank account.

Unlike some countries, Malaysia — which is home to millions of migrant workers from poorer parts of Asia — does not automatically grant citizenship to people born there.

At least 290,000 stateless children live in Malaysia, many with parents from Indonesia, Philippines and Myanmar, according to media reports citing officials. There are believed to be many stateless adults as well, although the overall figure is not clear.

Malaysia’s constitution says the government can choose to register anyone under the age of 21 as a citizen. But Aiman’s lawyer, New Sin Yew, said the process was “quite opaque and takes a very long time”.

“The fastest (application) can take about three years and the government often rejects applications without reasons,” he told AFP.

He added: “I think if this case was not brought to the attention by the media, it would have been much more difficult, because there would not have been public support.”

Aiman’s parents first tried to register him as a citizen him when he was 12, but the application was refused.

He got into gaming by playing on his phone, and then discovered PUBG.

Aiman, who now lives outside the capital Kuala Lumpur, then started playing in PUBG competitions and joined a team, and hones his skills by practising four to five hours a day.

And he is hopeful for a bright future in eSports.

“I want to make my family proud and my country too,” he said.