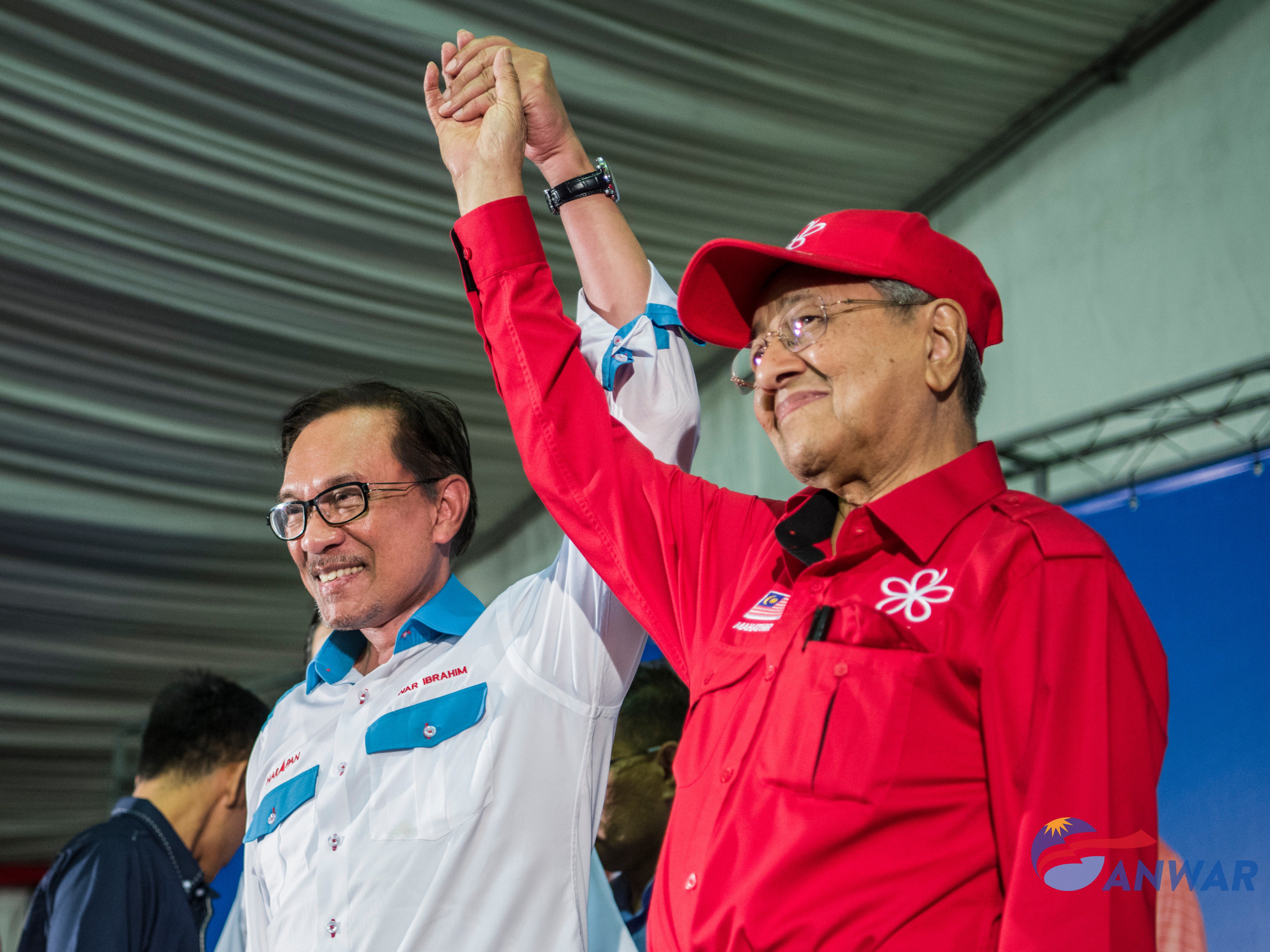 A Kadir Jasin, in a blog post yesterday, reveals the transition from Prime Minister Dr Mahathir Mohamad handling power to Anwar Ibrahim was clearly stated by Pakatan Harapan and was a lynchpin in the pre-election agreement that led to Dr Mahathir leading Pakatan into the battle and on to victory.

Kadir wrote about his recent visit to Singapore where he was asked about uncertainties in the transition plans.

“I told them that while the PH election promises were not cast in stone, the transition from Dr Mahathir to Anwar was clearly stated and was the linchpin in the pre-election agreement that led to the Dr Mahathir leading the PH into battle and, thereon, to victory.

He says he told the audience Anwar’s recent statement he was not in a hurry and Dr Mahathir will continue to play a major role thereafter should be reassuring.

“As for fears there would be U-turns in policies when the new Prime Minister comes in, I assured them it is unlikely because Anwar himself is involved in putting them in place in his capacity as a member of the PH Presidential Council and through his regular consultations with the PM.”

He says as a witness to Dr Mahathir-Anwar political collaboration and confrontation since 1982 — when Anwar joined Umno, “I don’t think the Prime Minister-in-waiting would repeat the miscalculations of the past.”

Dr Mahathir recently confirmed to the local media he will step down and Anwar will be Prime Minister, thus stopping a flow of rumours and claims that the PM and his entourage or people within Anwar’s party the Parti Keadilan Rakyat are fermenting a coup to prevent Anwar from becoming PM.Follow us on Social Media