Out of the eight remaining cases from the local community, two are Singaporeans and permanent residents while another six possess work passes. 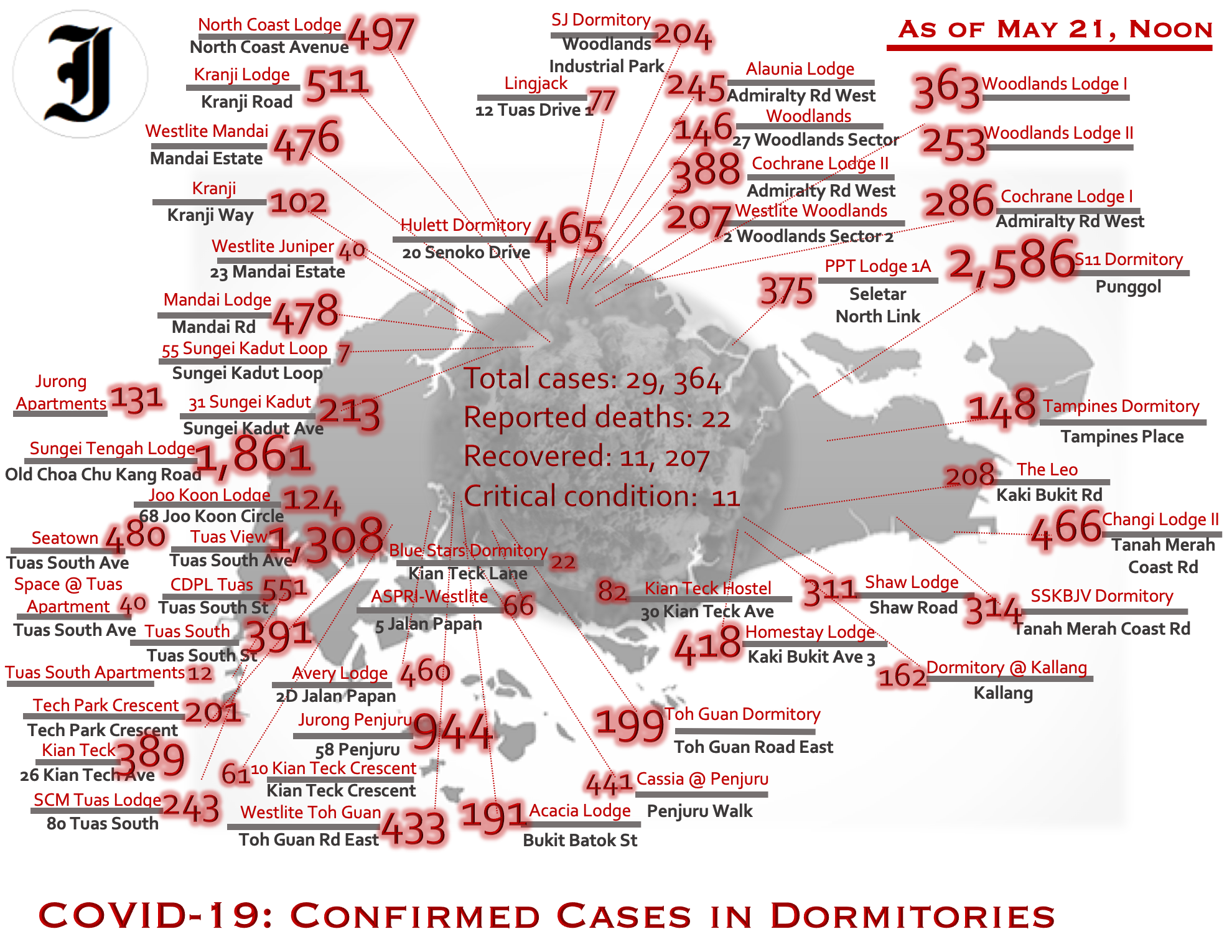 Singapore – A total of 570 new Covid-19 cases were reported on Wednesday (May 20), said the Ministry of Health (MOH) in their latest update. Singapore now has a total of 29,364 cases with 22 reported deaths.

Out of the eight remaining cases from the local community, two are Singaporeans and permanent residents while another six possess work passes. Meanwhile, the cluster located at the construction site at Project Glory (50 Market Street) has been closed as there have been no cases linked to this cluster for the past two incubation periods (i.e. 28 days).

Of the cases linked to dormitories, the S11 Dormitory at Punggol remains the largest with 2,586 confirmed cases to date.

No imported cases were reported on Wednesday while the total of recovered patients went up to 11,207 as 842 have been discharged from hospitals or community isolation facilities. Eleven patients remain in critical condition.Follow us on Social Media