Daily brief: Coronavirus update for May 28, 2020, new cluster after 3 days Singapore – A total of 533 new Covid-19 cases were reported on Wednesday (May 27), said the Ministry of Health (MOH) in their latest update. Singapore now has a total of 32,876 cases with 23 reported deaths.

Out of the remaining cases, four come from the local community, three of which are Singaporeans and permanent residents and one work pass holder. 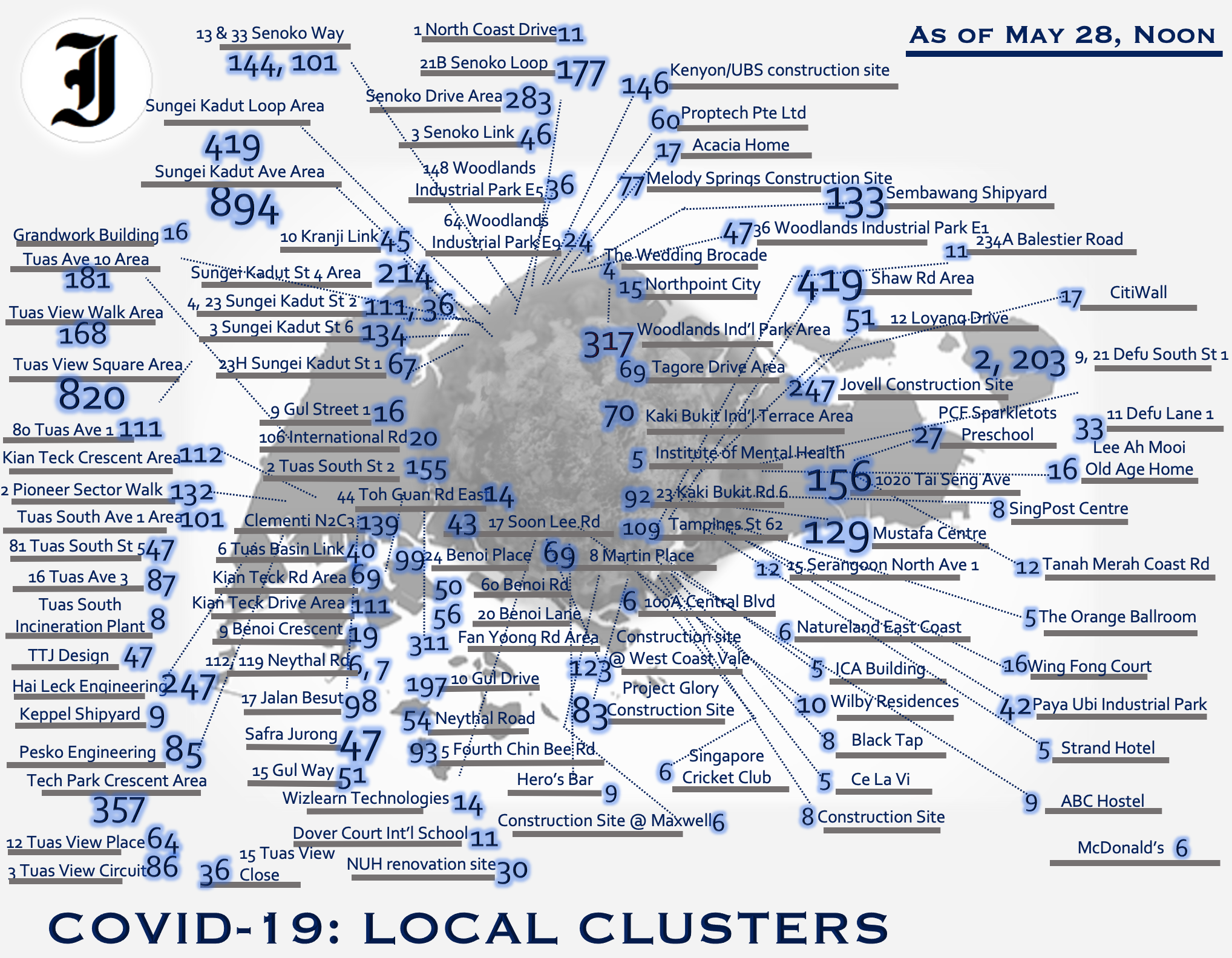 After three consecutive days of no new clusters, one was discovered in the latest findings: a dormitory at 38 Tuas View Square with two confirmed cases.

Of the cases linked to dormitories, the S11 Dormitory at Punggol remains the largest with 2,683 confirmed cases to date.

No imported cases were reported on Wednesday while the total of recovered patients went up to 17,276 as 832 have been discharged from hospitals or community isolation facilities. Seven patients remain in critical condition, while 15,052 are in isolation and receiving medical attention at community facilities.Follow us on Social Media