Out of the seven remaining cases from the local community, three are Singaporeans or Permanent Residents and four with work permits. 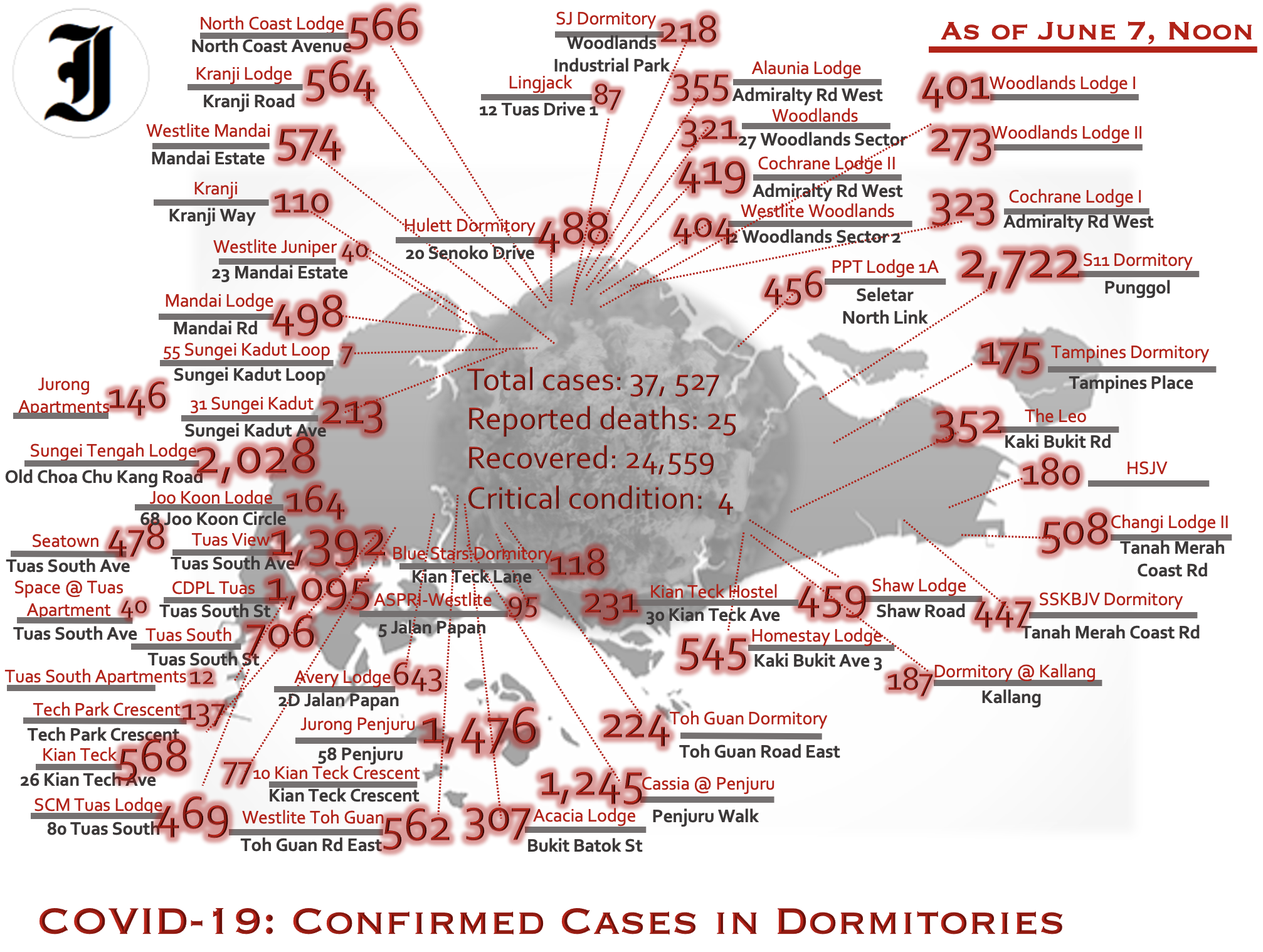 Singapore – A total of 344 new Covid-19 cases were reported on Saturday (June 6), said the Ministry of Health (MOH) in their latest update. Singapore now has a total of 37,527 cases with 25 reported deaths.

Out of the seven remaining cases from the local community, three are Singaporeans or Permanent Residents and four with work permits.

Five out of the seven cases in the community are asymptomatic, said the MOH. They have been swabbed as part of their proactive surveillance and screening. Of the cases linked to dormitories, the S11 Dormitory at Punggol remains the largest with 2,722 confirmed cases to date.

No imported cases were reported on Saturday while the total number of recovered patients went up to 24,559 as 350 more cases have been discharged from hospitals or community isolation facilities. Four patients remain in critical condition, while 12,635 are in isolation and receiving medical attention at community facilities. There are currently 308 confirmed cases still in hospitals.Follow us on Social Media