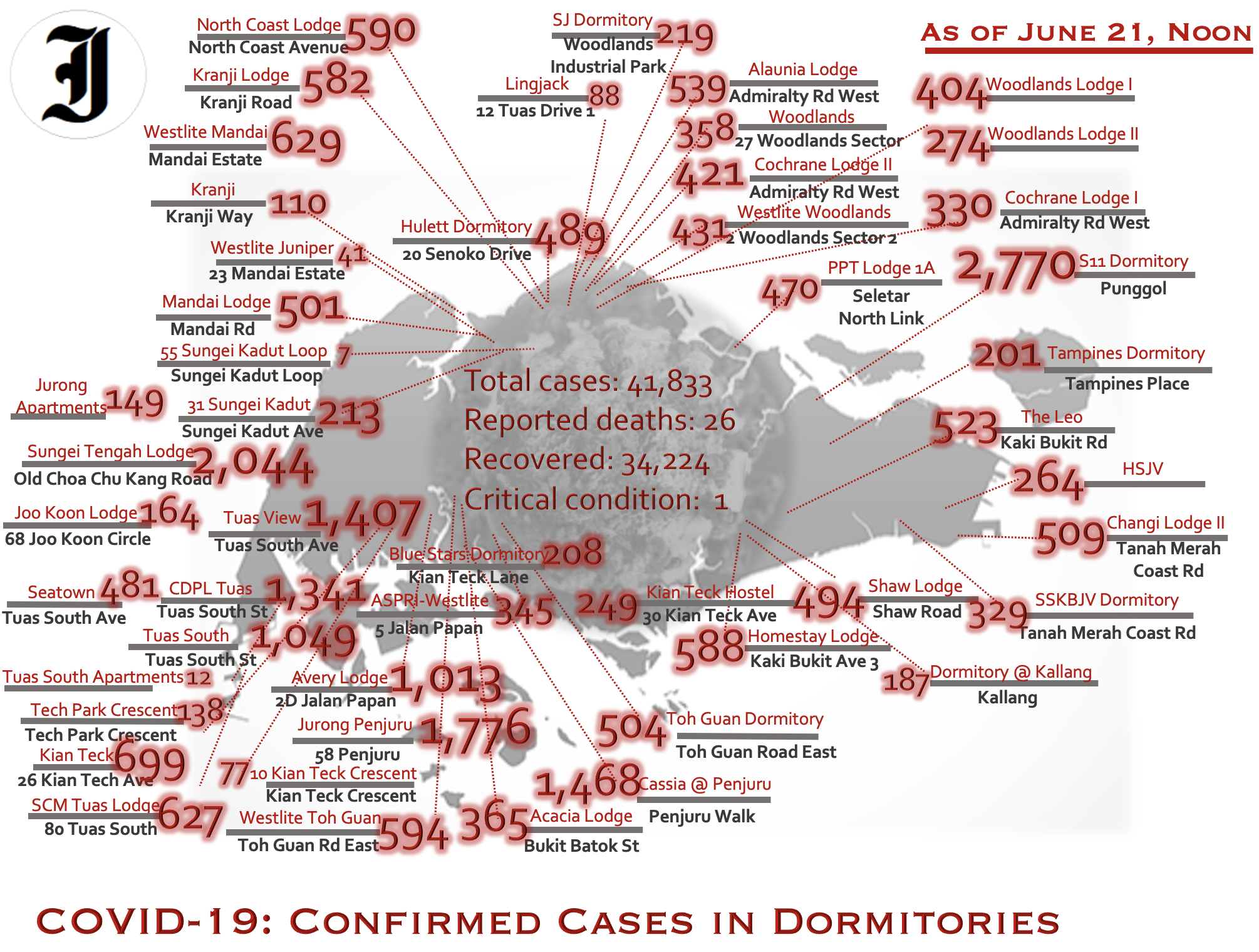 Singapore – A total of 218 new Covid-19 cases were reported on Saturday (June 20), said the Ministry of Health (MOH) in their latest update. Singapore now has a total of 41,833 cases with 26 reported deaths.

The remaining two cases are those with work permit holders. One had been picked up as a result of surveillance and screening while the other had been placed on quarantine.

No new clusters were traced. 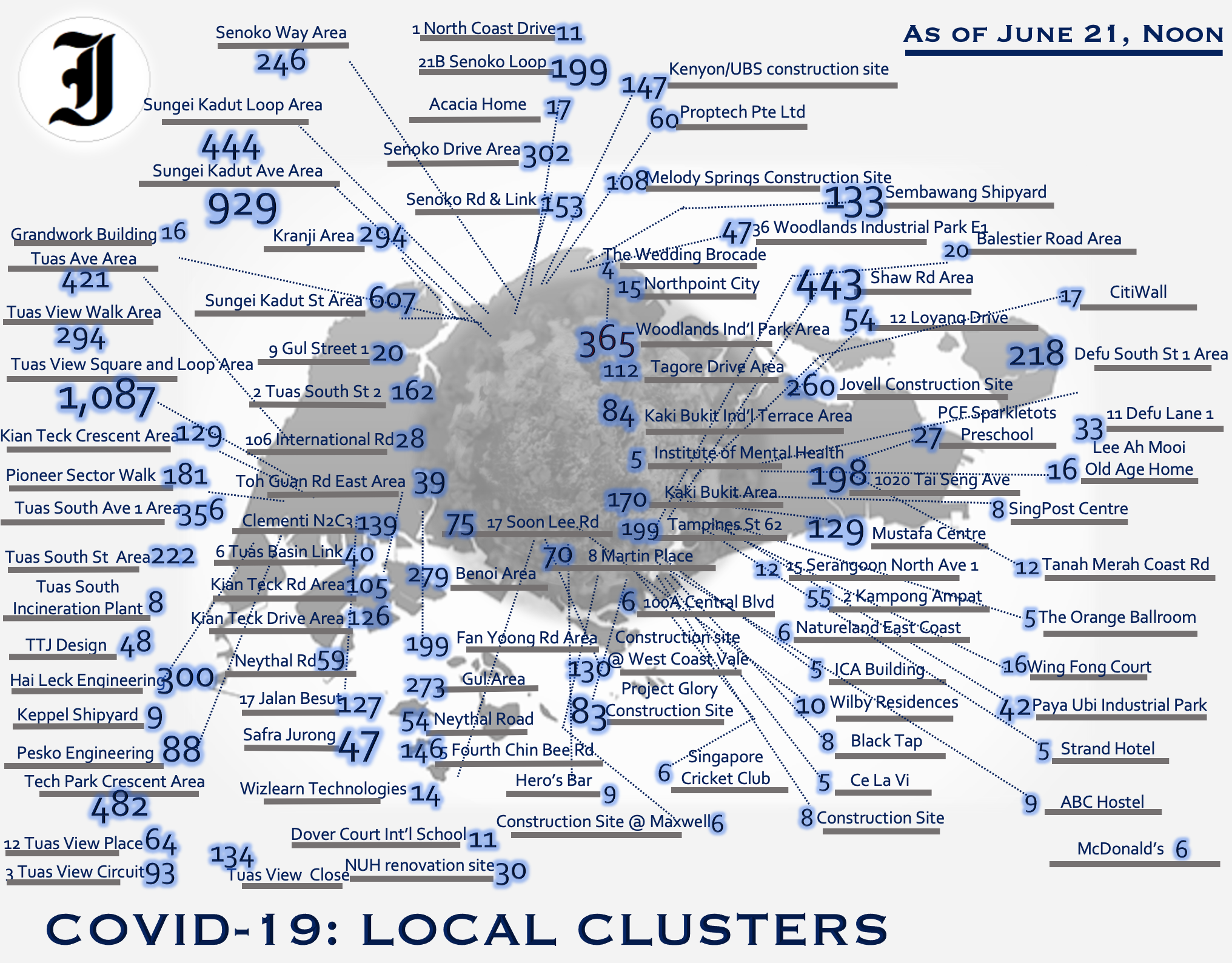 Of the cases linked to dormitories, the S11 Dormitory at Punggol remains the largest with 2,770 confirmed cases to date.

No imported cases were reported on Saturday, while the total number of recovered patients went up to 34,224 as 765 more cases have been discharged from hospitals or community isolation facilities. One patient remains in critical condition, while 7,398 are in isolation and receiving medical attention at community facilities. There are currently 185 confirmed cases still in hospitals.