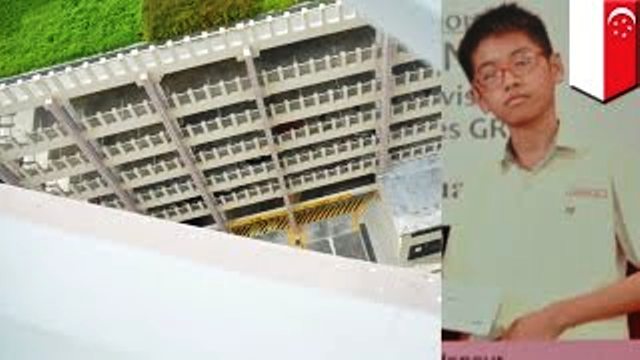 This was the letter I emailed to the Right Honourable Law Minister K. Shanmugam on 1.7.16 on the subject:

I seek your indulgence in writing to you as the Minister-in-charge on a matter of public interest.

Singaporeans have been following the coroner’s inquiry on Benjamin Lim with keen interest. Benjamin Lim was the frail 14 year-old student who was hauled by five burly policemen in plainclothes from his school in January for alleged molestation of a girl to the police station for interrogation.

He was arrested and released on bail. He went straight home after that and the tragic thing was that he was found dead at the bottom of his flat after he jumped out of the window.

The coroner’s inquiry was not without controversies and threw up a complexing picture of questionable police procedures and the inadequacies of the school authorities in dealing with the case. As a result the coroner had to adjourn the inquiry to 8 June to give his verdict. But the puzzling thing is that there was a no-show of the coroner’s verdict nor was there any announcement of postponement.

Almost a month has now passed since 8 June and would it not be time for the public to be advised as to the progress of the coroner’s proceedings and when a verdict is to be expected? The verdict is important as it would show whether there is any culpability on the part of anybody, especially the police, in the tragic death of Benjamin Lim, who in the meantime may be making a poignant cry for justice.

With due respect and regards,

This must have come as a shock to Mr Shanmugam but I am not too optimistic that the high and mighty Law Minister would have the humility to reply to a plebeian. My letter could have caused not a little ripple  as it brings to the public notice a disturbing and unusual situation in the administration of justice.

The State Coroner was scheduled to give his verdict on the tragic death of Benjamin Lim on 8 June and quite inexplicably he gave a no-show without any announcement of any postponement. And this was to drag on with no explanation or announcement by the Minister of the reason of the no-show or the resumption of the inquiry. This unusual state of affair would have been allowed to continue indefinitely if this had not been brought up with the Minister.

It boggles the mind as to why there as no-show by the State Coroner. He was scheduled to give a very important verdict on the tragic death of Benjamin Lim which could have serious repercussions on certain quarters like the police. Could there be a possibility, even if remote, for the State Coroner to have suddenly found himself to be in an unpardonable situation where he had to act against his own conscience and abstained from giving his verdict?

The inquiry has so far disclosed some disturbing features. The State Coroner might have found it bizarre that the police had to send five burly policemen in plainclothes to haul a frail-looking 14 year -old student from his school to the police station for interrogation. And the manner in which the confession was obtained from him left a very big question mark.

Benjamin”s father tried to raise the question of the five policemen  in the inquiry but this was blocked by the State Counsel assisting the inquiry who was obviously anxious to shield the police from being shown as extremely stupid by sending such massive force to haul in a frail student. How can the police now say that they are understaffed?

Then there is the doubtful evidence of the school supervisor on the reason for stopping Benjamin Lim from attending a school function the next day which the coroner found questionable. This was the reason for adjourning the inquiry to 8 June for a verdict as the coroner wanted to satisfy himself on the truthfulness of the supervisor’s evidence.

A young innocent life has been sacrificed and the public has the right to know what caused his death and whether anyone is responsible for it. The distraught parents are left with no one to look after them in their old age. It cannot be more strongly emphasised that the coroner’s inquiry must be resumed without delay to arrive at a verdict and the Law Minister must come out with an early announcement, if only to redeem his serious omission.

Let this be a warning to an over-confident PM Lee Hsien Loong and his Cabinet, especially his Law Minister that there should not be any attempt at cover-up which will have dire consequences to the PAP.

A final word for the Workers’ Party. An email was sent to Pritam Singh on 23.6.16 requesting him to enquire from the Law Minister but it seemed to have fallen on deaf ears. The Workers’ Party needs to buck up and it can redeem its omission by taking up this matter in Parliament.

The erudite Mr Yoong was the Director of Singapore’s Internal Security Department (ISD) from 1971 to 1974. He was Director of the Corrupt Practices Investigation Bureau (CPIB) in the 1960s, and had a distinguished career in the Singapore Special Branch in the 1950s.Follow us on Social Media