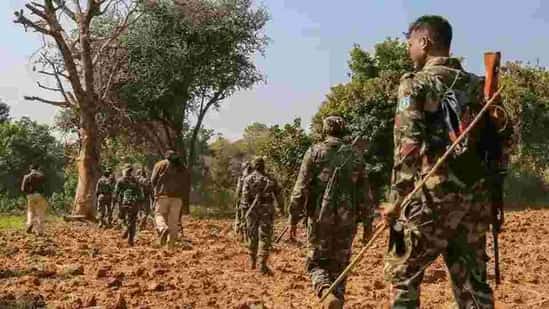 India — A Commando Battalion for Resolute Action (CoBRA) jawan and at least two CPI (Maoist) extremists were injured during an encounter on Toklo hills at the Jamro axis on the borders of West Singhbhum, Seraikela-Kharsawan and Khunti districts of Jharkhand on Sunday morning, police said

“A CoBRA jawan has been injured while 2-3 Maoist extremists have also been hit in the encounter at Toklo hills of West Singhbhum district this morning. The injured jawan has been airlifted to Ranchi for appropriate medical care. The encounter happened on the border at West Singhbhum-Saraikela-Kharsawan-Khunti triangle. The search operation is still on and more details are awaited,” Ajay Linda, West Singhbhum superintendent of police (SP), said over the phone.

The injured CoBRA jawan has been identified as Narayn Chetri from Assam. “Narayan Chetri is now out of danger. The joint forces of district police, CRPF and CoBRA battalions have inflicted heavy damages on the Maoists. 2-3 Naxals have sustained bullet injuries and search is on to trace them. We have also seized pipe bombs, land mines, IEDs, several rounds of ammunition and rucksacks,” Rajiv Ranjan Singh, Kolhan deputy inspector general (DIG), said.

Top police and CRPF officers were at the encounter site and were monitoring the situation and search operation.

Police said a Maoist squad led by Toofan alias Patiram Majhi (Giridih), who has a bounty of Rs.1 crore on his head, and area commander Maharaj Pramanik, who has a reward of Rs.10 lakh on his head, opened fired on the security forces when they were on a search operation.

The DIG said the operation was still on and would not stop until the Maoist squads active in the three districts of Kolhan are neutralised. “We will not spare anyone and will not stop before wiping out the Naxals completely. The developmental works for the people have been greatly hampered by these naxals and their subversive activities. They better surrender or be ready to be neutralized,” said Singh.