The Chinese envoy's remarks go against the position taken by the Indian leadership amid the dragging military standoff in Ladakh sector of the Line of Actual Control (LAC). 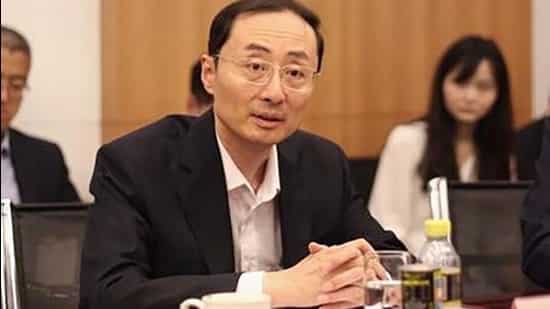 India — China and India should “meet each other half way” in addressing problems and put the boundary dispute in “an appropriate place in bilateral relations” while tackling differences in a constructive manner, Chinese ambassador Sun Weidong has said.

In an article titled “China and the world in the year of the Ox” published on the website The Policy Chronicle on Wednesday, Sun also called for the two sides to “respect each other, enhance mutual trust [and] seek common ground while shelving differences”.

The Chinese envoy’s remarks go against the position taken by the Indian leadership amid the dragging military standoff in Ladakh sector of the Line of Actual Control (LAC). The Indian side has said the development of the overall relationship with China is based on peace and tranquillity built up at the LAC in recent decades through several agreements on border management.

While outlining eight principles to help repair strained relations with China on January 28, external affairs minister S Jaishankar had said China’s actions in Ladakh last year have “profoundly disturbed” ties because they reflected a disregard for commitments on minimising troop levels and a “willingness to breach peace and tranquillity”.

Jaishankar also said any expectation that things could “carry on undisturbed despite the situation at the border” was “simply not realistic”.

The Chinese envoy described China and India as large developing countries at a critical stage of development, and wrote in the article, “We should put the boundary issue in an appropriate place in bilateral relations, address differences in a rational and constructive manner and not allow our differences to become disputes.”

He added, “It’s important for China and India to respect each other, enhance mutual trust, seek common ground while shelving differences and meet each other half way.”

Sun also wrote that cooperation between China and India “far outweighs our differences, and our common interests are far greater than our inconsistencies”.

“On the journey toward common rejuvenation, our two countries should run the marathon together and help each other achieve their respective dreams. In the new year, we must stick to the right direction of China-India relations and implement the important consensus reached between our leaders that China and India are partners and opportunities to each other, not adversaries or threats to each other,” he wrote in the article ahead of the Chinese year of the ox, which is set to begin on February 12.

Sun also called for boosting cooperation in combating Covid-19, economic recovery, multilateralism and global governance, and bringing “bilateral relations back on the right track of sound and steady development, making our due contribution to maintaining world peace and promoting common development”.

India and China have been unable to resolve the border standoff that emerged in the open in May last year despite several rounds of military and diplomatic talks. There has been no headway in efforts aimed at disengagement and de-escalation even after meetings between the foreign ministers of the two sides.

The standoff also led to the first incident with fatalities on the LAC since 1975, when 20 Indian soldiers and an unspecified number of Chinese troops were killed in a clash in Galwan Valley last June. Tens of thousands of troops from both sides have dug in along the LAC for the harsh winter and there is mounting evidence that China has bolstered military and civilian infrastructure in Tibet over the past three years to facilitate the speedy movement of forces.