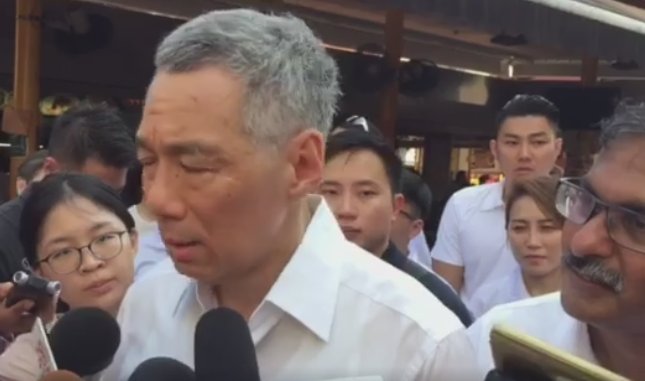 The Prime Minister’s press secretary responded late last night to press queries for Mr Lee Hsien Loong’s comments on a video by Singapore Democratic Party (SDP) in which Dr Paul Tambyah had said that character assassination should have no part in a political campaign.
Mr Lee who is the secretary-general (SG) of the People’s Action Party (PAP) had joined his party member, Murali Pillai, in a walkabout in Bukit Batok constituency on Saturday (30 Apr) where a by-election has been called. During the walkabout, he joined his party comrades in calling into question the character of Dr Chee Soon Juan.
The Prime Minister’s press secretary, Chang Li Lin, in responding to the questions posed to the SG of PAP said that character of a candidate is more important than the policies that he proposes. She said that character and integrity were first requirements for PAP candidates, and prescribed it for opposition parties candidates as well.
Ms Chang took then took a swipe at Dr Chee’s character and said:
“It is understandable why SDP, and particularly Dr Chee Soon Juan, should wish it to be otherwise. But anyone standing for public office should be prepared to have his past actions examined, transparently and honestly, so that voters can make informed, responsible decisions as to who is fit and best qualified to represent them in Parliament.”
In describing Dr Tambyah’s call as an “astonishing argument”, she asked why “the character of a candidate should not be discussed or examined in an election campaign.”
In his video, Dr Tambyah reminded the PAP not to stoop to character assassination.”On nomination day, DPM Tharman met me and we both agreed that we would keep the campaign clean and fair, and focus on issues,” he said.
He further said that “it is ok to criticise Dr Chee for asking PM Goh about Singapore’s promise to President Suharto 15 years ago but attacking his character is uncalled for.”
“Both Mr Murali and Dr Chee are someone’s son, someone’s husband, someone’s father. We need to debate the issues, not engage in character assassination,” he added.
Dr Tambyah said that SDP does not believe in character assassination or in attacking the character of the individual and that it prefers the debate to be about issues, “issues that matter to the residents of Bukit Batok.”
Follow us on Social Media