The Minister of Trade and Industry had said "Don't have too many sheeps (sic) in Singapore to produce cotton." to the amusement of many 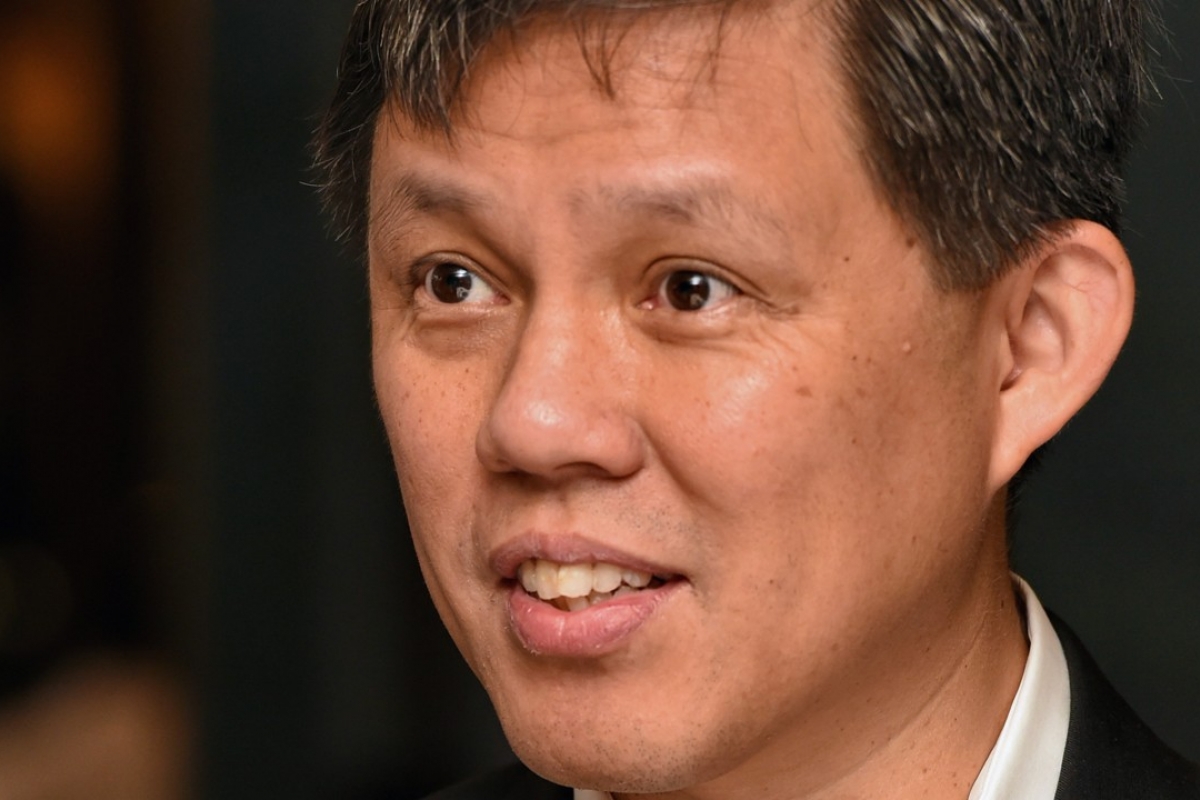 Trade and Industry Minister Chan Chun Sing has blamed his apparent lack of sleep after he mistakenly said that cotton comes from sheep.

Mr Chan made the blunder during a virtual doorstop interview on Saturday (30 May). Speaking to the local media, he discussed labour issues and explained how important international trade is to Singapore’s survival.

To show how Singapore relies on international trade, Mr Chan said that even a “simple” surgical mask cannot be made without supply from other parts of the world. Explaining that Singapore cannot produce the cotton that goes into making three-ply surgical masks, he said with a snicker:

“Don’t have too many sheeps [sic] in Singapore to produce cotton.”

Cotton is a natural fibre that comes from cotton plants. Sheep produce wool.

Realising his error after the clip from his interview went viral, Mr Chan said he had a slip of tongue that was caused by a lack of sleep. He wrote on Facebook: “I had a good laugh too when I was told that I spoke too fast in a video interview yesterday about cotton and sheep. To any one (especially young children) watching the video – cotton definitely doesn’t come from sheep, it comes from cotton plants!

“In my mind, I have been thinking for weeks of all kinds of substitutes (including wool from sheep and other animals) that we can use for the various parts of the masks that we produce here. Unfortunately in Singapore, we have neither cotton nor sheep. Meanwhile, I should catch up on some sleep…”

While some netizens responding to the Minister’s clarification said that they were amused by his slip-up and found him “cute,” others questioned whether his explanation that he made the blunder because he spoke too fast was believable since he seemed to snicker at the thought of there being sheep in Singapore after making the erroneous remark:

"We must not forget – even to produce eggs ah, where does the egg come from? You would probably tell me hens. But where does the chicken come from? Don't tell me eggs."Responding to a question on how the government hopes to continue connecting local SMEs to international markets post Covid-19 when there is an "anti-globalisation" sentiment, Minister for Trade and Industry Chan Chun Sing explained that "it would not be possible for Singapore to survive without trade". Along with a chicken-&-egg analogy. 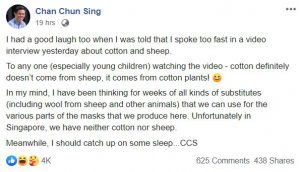