Cause lawyering, Madam Vellama and by-elections 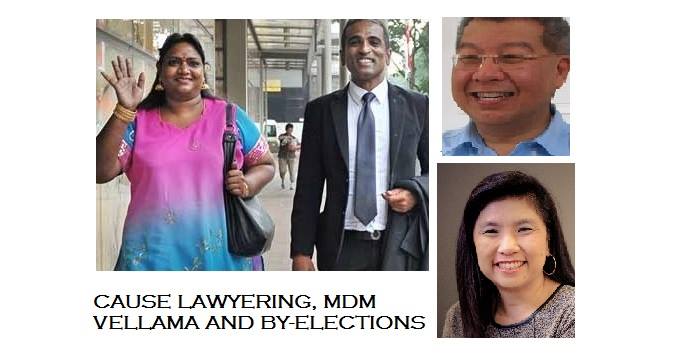 Function 8, a civil society group which promotes civic discussion, has organised an event under their ‘Changing Worlds’ series. It has invited Mdm Vellama to share her story with members of the public at their event.
On 15 February 2012, the Member of Parliament (MP) for Hougang SMC was expelled from his political party, which left his parliamentary seat vacant. The next day, Prime Minister Lee Hsien Loong said that there was no fixed time within which he must call for a by-election. He added that “there are many other issues on the national agenda right now”. In parliament he said he will decide whether and when to hold a by-election. The use of the word “whether” implied that he had unfettered discretion not to hold one.
Unhappy at being indefinitely left without an MP to represent her, Hougang resident Mdm Vellama d/o Marie Muthu, challenged PM Lee’s decision by applying to the High Court. Before her case came up for hearing, PM Lee called for the Hougang by-election to be held.
Function 8 has also invited NUS Professor Kevin Y L Tan to explain the legal significance of Mdm Vellama’s case. And their second speaker for the event is well-known human rights lawyer M Ravi who was Mdm Vellama’s advocate in her legal challenge. Both Dr Tan and Mr Ravi will be on hand to field questions from the audience.
The sharing, discussion and question and answer sessions will be moderated by lawyer Ms Jeannette Chong-Aruldoss.
WHEN
Saturday, 21 May 2016 from 2.30pm to 5pm
WHERE
The AGORA – 28 Sin Ming Drive #03-142 Mid View City, Singapore, Singapore 573972
REGISTER HERE: http://bit.ly/1OnnIxd