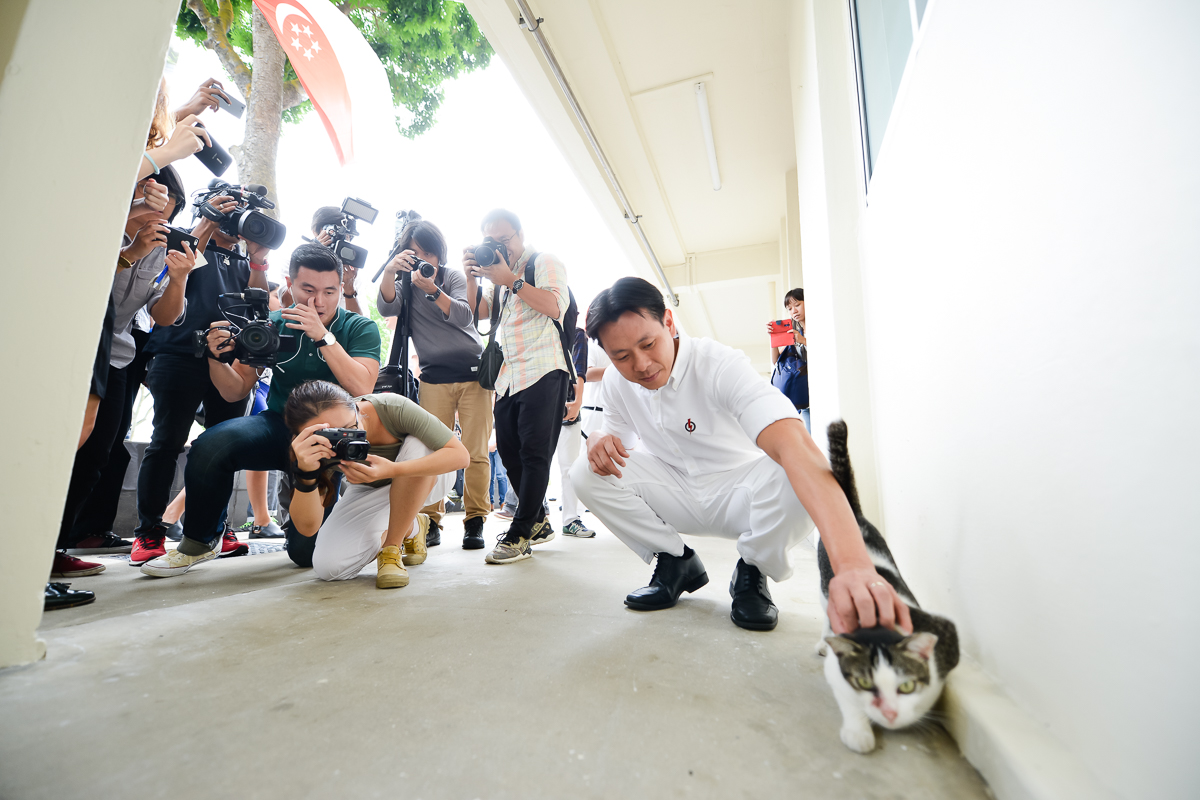 Responding to news that HDB has asked the owner of an apartment to remove a cat in his home by next week, the Cat Welfare Society (CWS) said that cat lovers should fight the HDB rule, and at the same time, “bring irresponsible owners to task.”

HDB says in its website: “Cats are not allowed in flats. They are generally difficult to contain within the flat. When allowed to roam indiscriminately, they tend to shed fur and defecate or urinate in public areas, and also make caterwauling sounds, which can inconvenience your neighbours.”

In 2012, a pilot cat ownership project was launched in Chong Pang, which is Law and Home Affairs Minister K Shanmugam’s ward. Mr Shanmugam said at that time that he wants to see the Chong Pang Cat Ownership programme replicated in other HDB estates, and that he will be approaching other MPs to take up the programme, which allows residents to own a cat in their HDB flat.

CWS said the Government wanted them to expand the pilot a few precincts at a time on our own resources. CWS decided not to proceed in that direction because there are around 40 wards in Singapore, meaning the the law will only change in about 40 years?

“We voiced our frustration to Minister Shanmugam and (MP Louis Ng) that while the pilot was viewed as success MND (Ministry of National Development). (But it) does not want to fund its expansion but want CWS to carry on expansion on our own resources. We said no. As much as we want the expansion, we know the intense resources required when we (are) already running sterilisation and mediating island wide.”

CWS however indicated that it is aware about this case and said that HDB is only going after the owner mentioned in the letter because he is an irresponsible cat owner.

“Evidence points to this owner letting their cat roam. The urination issue has been ongoing for about a year despite mediation. If we as citizens are to be taken to task or charged for something, let it be specifically for some unreasonable thing that we have done and not for simply keeping a cat.”

The animal welfare group assured cat lovers that HDB is not going after all cat owners living in HDB flats, but in cases when complainants are nasty they may cave.

“So the threat is there on all of us. But we must discern the truth and advocate accordingly,” said CWS.

CWS said that the letter by HDB which has now gone viral shows exactly why HDB should stop charging people for keeping cats – because it masks the real conversation that people need to be having on the topic of responsible cat ownership.

CWS appealed to the cat owner to get in touch with them at info@catwelfare.org.Follow us on Social Media