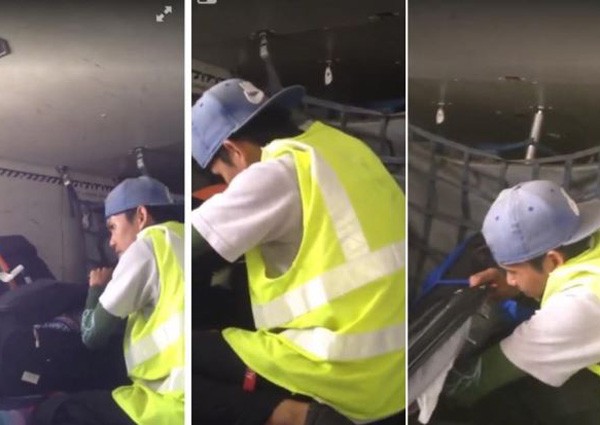 A 27-year-old airport baggage handler was caught on CCTV cameras rifling through a passenger’s luggage in a failed robbery attempt. The handler, Abdullah Hayee Mayeh, was arrested while in possession of a stolen bluetooth speaker.

Confronted with the video of his offence – which has since gone viral – Abdullah admitted to the crime and surrendered the bluetooth speaker to the airport, so it could release it back to its rightful owner.

The incident occurred on Tuesday at Bay 15 at Phuket International Airport while Abdullah – an employee of a third-party baggage handling firm, BAGS – was loading luggage onto the aircraft parked on the tarmac. Abdullah has since been charged with robbery as police investigations are ongoing.

Confirming that BAGS provides services for around 90 airlines in Thailand, a Jetstar spokesman said in a recent statement:

“Jetstar is aware of a video circulating online and we are taking the matter very seriously. We have launched an immediate investigation and will work with Airports of Thailand, our ground handler BAGS and our local security company to ensure the security of our customers’ property on-board our flights.”