Axe Brand called the placement “a very unfortunate coincidence” for an advertisement that had been booked with ST in December of last year.

Singapore — Axe Brand issued an apology for an advertisement that was placed on the front-page of The Straits Times (ST) just one day after a 13-year-old boy was killed by an older teen at River Valley High School on Monday (Jul 19).

The advertisement was placed on both the digital and print versions of ST, causing many to comment on it, especially since an actual axe had been seized as a case exhibit after the crime. 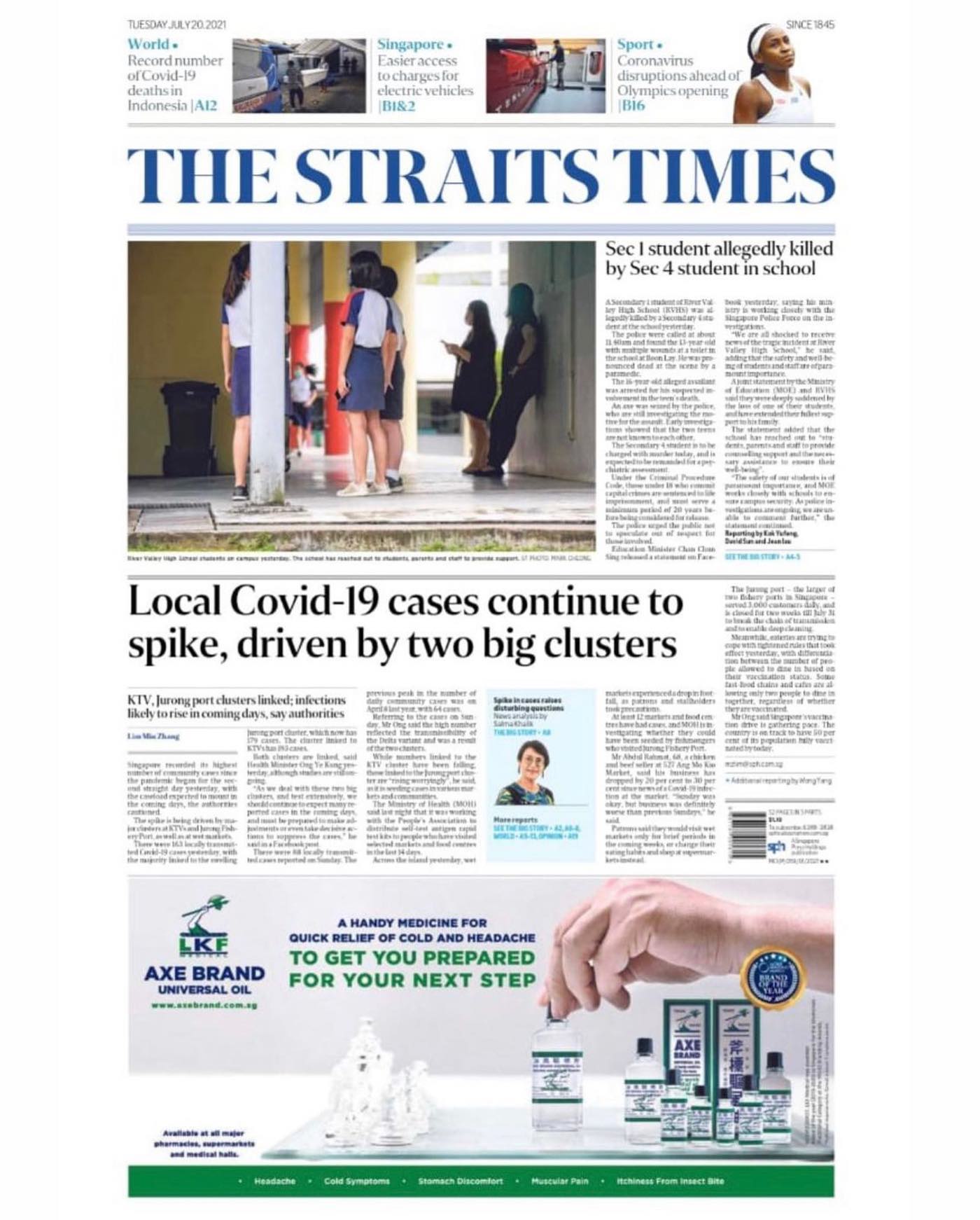 On Tuesday afternoon (Jul 20), Axe Brand issued an apology on its Facebook page, explaining that the ad placement had in no way been intentional. 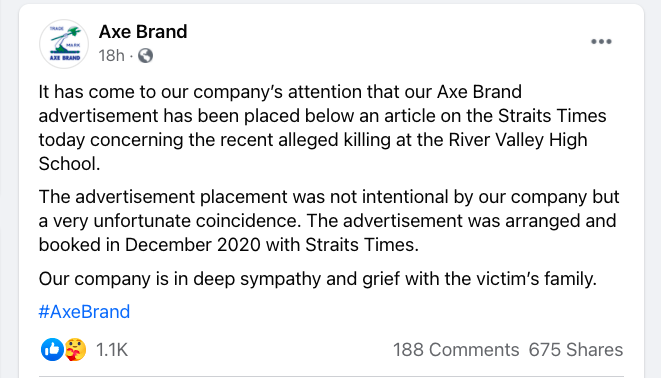 Axe Brand called the placement “a very unfortunate coincidence” for an advertisement that had been booked with ST in Dec of last year.

“Our company is in deep sympathy and grief with the victim’s family,” the company added.

The apology has been shared over 650 times since it was posted.

However, many netizens seemed to feel that it was not the company’s fault, with some even commending Axe Brand for coming forward with an apology and clarification on the matter.

Some netizens laid the blame for the ad placement on ST, and wondered if an apology would be issued from the broadsheet.

On Wednesday morning, ST issued an apology as well, calling the ad placement an “unfortunate juxtaposition.”

Nevertheless, while former ST editor turned journalism professor Bertha Henson called it an unintentional and “bad oversight,” she said it could have been avoided.

“It’s an unfortunate juxtaposition which could have been avoided if editorial bothered to look at the ad on the page and got it moved. Advanced ad placement has been moved before because of sensitivities and also for business reasons: the hapless advertiser wouldn’t be happy to have its branding associated with the story,” she wrote.