The Independent Singapore News
Uncategorized Average selling prices of new homes may see up to 10 per... 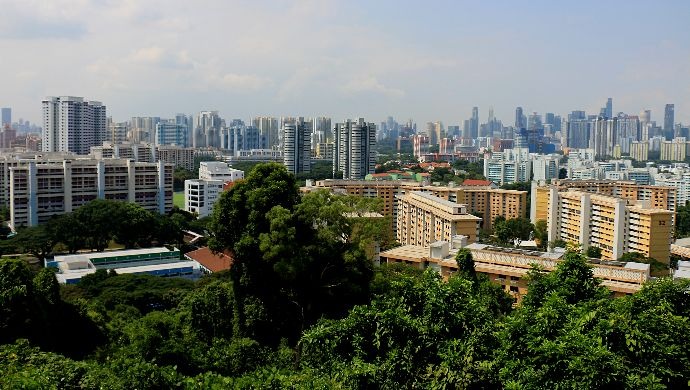 Maybank Kim Eng analyst Derrick Heng said: “While we expect a moderation in EBIT (earnings before interest and tax) margins to single digits for most projects, we do not see any developer losing money.”

He priced in a 5 – 10 per cent reduction in average selling prices of new homes in his projections.

DBS Bank analyst Derek Tan said that developers would have to revise the average selling prices of new homes by at least 5 per cent (if not more) to account for the lower loan-to-value (LTV) limits and higher additional buyer’s stamp duty (ABSD).

Although developers may not write-off land values on their balance sheets for the near-term, this risk “could emerge a couple of years later if sales momentum falters,” said Tan.

Despite 3 – 7 per cent price discounts from  earlier price lists being offered for certain projects, developers have not yet provided huge discounts from average selling prices for new homes. Since most developers have strong holding power and deep pockets, this trend should continue said Christine Sun, research head at OrangeTee & Tie.

JLL national research director Ong Teck Hui said that reductions in average selling prices for new homes of the mass market would be less aggressive at 2 – 5 per cent, while adjustments for high-end homes would likely be higher.

The average selling prices of new homes built on land acquired at costlier rates are unlikely to see any reductions.

Some developers said slashing prices by five to 10 per cent may be possible for projects with sufficient margin buffers.

Alan Cheong,Savills Singapore senior director, said: “Given that the cost of production is high due to the land cost element, there is little room for many to manoeuvre on the selling price front. Hence, any adjustments will at best be marginal or nothing at all.”

“New private home sales (excluding ECs) for June came in at 654 units with 726 units launched, on the back of mass-market launches such as Margaret Ville, Affinity at Serangoon, and The Garden Residences. However, sales at the latter two projects were subdued because of several reasons; including the proximity between the two projects, lack of connectivity to the MRT, as well as increased options available with impending new launches in the area.”

He added; “This brings the tally for new private homes sold year to date to 4,136, compared to 6,037 in the first half of 2017. In light of the introduction of new cooling measures which led to last-minute transactions, July sales are expected to surpass June sales and this will be the calm before the storm.”

CBRE expects sales momentum to slow, and has revised its outlook for new sales down to 8,000-10,000 units.

JLL earlier said the new property cooling measures are expected to subdue sales volume although home prices could still inch towards 10 per cent for full-year 2018.

It added that  sales are expected  to stall as soon as the measures become effective as buyers step back to evaluate the financial implications and developers reassess pricing strategies. It said the home market may only start to see some signs of activity in September after the lunar seventh month. Even then, it expects sales volume to stay subdued unless developers adopt competitive marketing strategies.

There is a chance that the collective sales market will be dampened as developers become wary of end-demand and are hurt by the 5 per cent non-remittable ABSD on land purchase. This is expected to have an impact on their offer prices.

While analysts are expecting average selling prices of new homes to drop, observers have noted that interest in commercial industrial spaces may pick up. Several industry stakeholders suggested that cooling measures for residential property could drive investors to other segments like commercial and industrial properties.

Former Member of Parliament, Inderjit Singh, suggested that the Government should intervene in the commercial and industrial properties market and ensure that they go direct to SMEs for their use and not be subjected to financial investment.

“RIETs have already caused a big problem in rental costs. So best the government be proactive and not have to back paddle later,” Mr Singh noted.

Commentators who responded to Mr Singh’s suggestion acknowledged that the idea was a good one, but that it was not so easy to stop people from speculating on anything.