The Independent News
Entertainment Arts Arjun Rampal's son Arik clings to daddy as he visits him on...

Arjun Rampal’s son Arik clings to daddy as he visits him on sets in Delhi. See pics 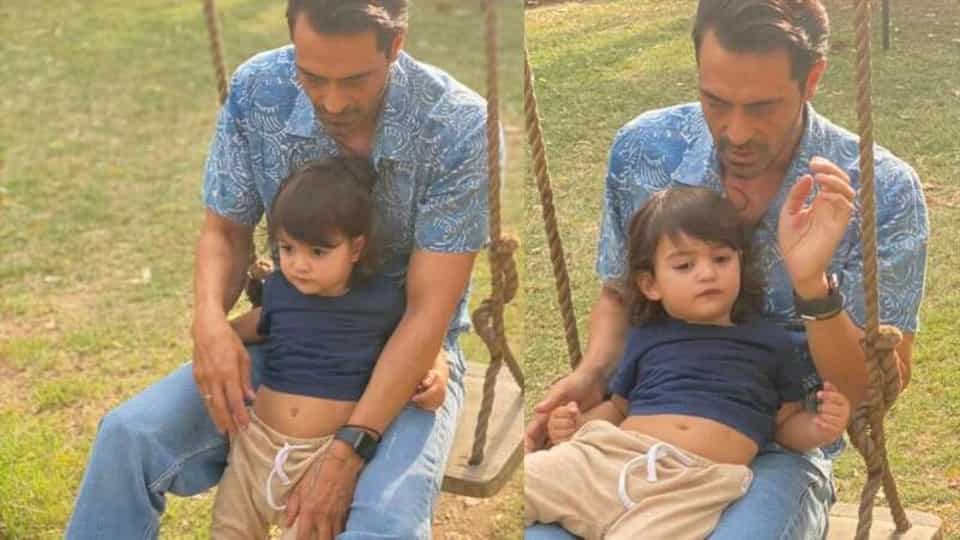 India, March 18 — Arjun Rampal’s son Arik recently paid him a visit on the sets of his next project. The actor has shared some pictures of the one-and-a-half-year-old as the latter clinged to him on the sets.

Sharing the pictures on Instagram, Arjun wrote, “When my little champ visits me on set. #Delhi #arik.” Arjun is seen in a printed blue shirt and denims, sitting on a swing as Arik keeps close. Arik looks cute in a blue tee and beige track pants as he talks to his dad, tries to keep close to him and then sits on his lap.

Arjun’s fans were all heart for the little one. A fan wrote, “Awwww adorable pics!” Another said, “He is so cute.”

Arjun and girlfriend Gabriella Demetriades had welcomed Arik in July, 2019. They had announced the pregnancy in April that year. Announcing his birth, Arjun had written, “That gracious thing made of tears, of happiness, gratitude and light. A rainbow appeared into our lives. So blessed we feel, gratitude and abundance of joy. Welcome junior Rampal, into our lives. Thank you all for your graciousness, love and beautiful wishes. Say hello to baby Arik Rampal.”

Arjun recently wrapped up Kangana Ranaut-starrer Dhaakad. He was last seen in Nail Polish which released on ZEE5.Follow us on Social Media