The Independent News
Home News Animal Rights in Singapore – Time to Give Animals a Voice in... 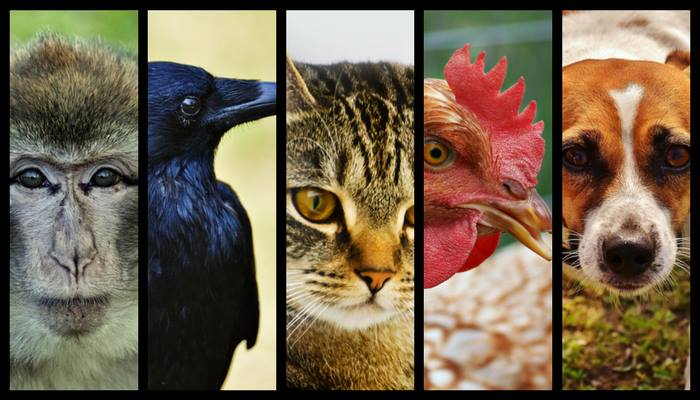 The culling of 24 free roaming chickens in the Sin Ming area hit the headlines this week. The Agri-Food and Veterinary Authority (the “AVA”) stated that it had received over 200 complaints across the island about such chickens last year. The main complaints related to noise nuisance, but the AVA also explained that an unchecked roaming chicken population could increase the risk of avian flu, which is prevalent in the region. The National Parks Board agreeing with the culling argued about the risk to endangered native junglefowl.

However, some local residents were shocked at the chicken deaths, claiming that the animals were not intrusive and that residents had not been asked their opinion before the cull. The Animal Concerns Research & Education Society (“ACRES”), an animal protection group, responded that a more humane solution could have been found to killing the chickens, such as relocation or adoption. This case, and the increase in reported animal cruelty incidents, highlights the plight of animals in Singapore.

To any skeptics, my concerns have nothing to do with the fact that I am a vegetarian. I became more interested in the standing and rights of animals to be protected by the law, when I personally witnessed crow-culling and stray animal cruelty incidents. My concerns in trying to find a voice for these defenseless animals heightened when I heard about Chippy the macaque monkey which was subject to frequent abuse by the public. After months of petitioning for his rescue and release to a sanctuary in Wales in the UK, Chippy remained missing until this article appeared in August that Chippy had been “removed” for “rehabilitation”.

Legislation in Singapore currently provides for a degree of animal welfare. Animals should not be treated cruelly or be caused pain or suffering. The law also goes further, placing a positive duty of care on animal owners and those working in animal related businesses to ensure the well-being of animals in their care. Under the Animal and Birds (Amendment) Act 2014 (the “Act”), animal owners must take positive steps to find an animal that goes missing, and they must comply with codes of practice relating to animal welfare. However, it is only the AVA that can bring cases to court. In 2016, of 840 reported incidents of animal cruelty, the AVA only had enough evidence to take 104 cases forward. Of those cases that do reach court, few result in the fines or imprisonment provided for in the Act.

Besides the Act, section 428 of Singapore’s Penal Code also makes it an offence to kill, maim, poison, or render useless any animal.

It is important to recognise that current legislation falls shy of actually recognising express rights for animals and giving them the right to be protected by law.

Animal campaign groups would like to see a change in the law so that they and other interested citizens have legal standing to sue on behalf of animals. At present, the rules of legal standing mean that such organisations have to prove that they have a ‘special interest’ in a case. However, it is difficult to prove this special interest when cases are being brought not for the benefit of the organisation but for the animals. The animals themselves do not have legal rights which makes them, effectively, voiceless. Other proposed solutions are a system of a so-called litigant guardian, as provided in some countries to children or the mentally-handicapped; or recognising animals as legal “persons” in the same way the law recognises companies.

The issue of legal standing and animals’ legal rights, so-called non-human rights, is not new. Globally, attitudes are shifting, but progress is slow. New Zealand granted basic rights to certain ape species in 1999 and their use in research, testing and teaching was banned. In 2002, Germany awarded animals rights in the constitution meaning that they must be respected by the state and that they have a right to have their dignity protected. The draft United Nations Universal Declaration on Animal Welfare (“UDAW”) provides that animals should be recognised as ‘sentient’ beings and therefore afforded dignity and respect. However, the UDAW has not been ratified by the UN and remains a draft. Perhaps this is because countries are reluctant to recognise animals as having particular rights. Giving animals rights could raise difficult questions in relation to businesses handling animals, ownership, and so on.

Singapore is moving in the right direction on animal rights issues, with the 2014 Act. However, more change is required. The government should be encouraged to amend the rules on legal standing so that more animal cruelty cases can be brought, and not only by the AVA (which still remains cautious or unwilling to bring prosecutions) but also by interested groups and individuals.

When questionable actions are taken against animals by the AVA itself or by the government, there is no avenue to review or question their decisions. How does one appeal against state-sanctioned transgression against these voiceless entities? Will Singapore go down the Australian route so that organisations can argue for standing?

With so many netizens increasingly taking to social media to report and discuss various incidents of animal abuses in Singapore, we are finally progressing as an animal caring society. Surely animals deserve a degree of legal recognition and protection. Surely we human beings are best placed to stand up for the voiceless.

A free event entitled “Sentient Beings? Time to Give a Voice to Animals in Court” is being held on Sunday 5th of March 2017 to address the issues raised in this article and also to hear view from animal rescuers and animal lovers. The event hopes to generate dialogue on this topic to give members of the public an opportunity to share views. The event is organised by We Exist Consult and more information is available here https://www.eventbrite.co.uk/e/sentient-beings-time-to-give-a-voice-to-animals-in-court-tickets-32100998952