Home News In the Hood Anger online after man, claiming to be bank V-P, accuses Singaporeans of...

Anger online after man, claiming to be bank V-P, accuses Singaporeans of being racist 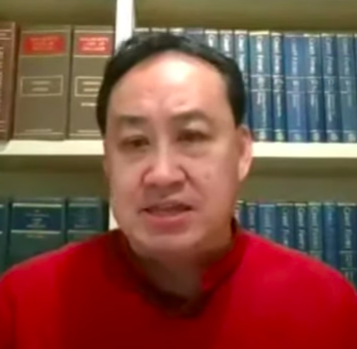 The comments by one Amit Verma have been circulating online, receiving backlash from the online community for the racist remarks.

He had allegedly posted the following:

Mr Lim shared the post with the comment: “You ought to be kicked out of Singapore!” He noted how the foreigner had “learned well from those elites who are happy to have Singaporean jobs taken by foreigners”.

“He has learned to call us racist, lazy and xenophobic. He desecrates our country’s name by spelling it as Singapoo.”

He added that a PV government would have taken the matter to task and terminated the man’s Employment Pass immediately for the remarks.

You Ought To Be Kicked Out Of Singapore! This foreigner has obviously learned well from those elites who are happy to…

The screenshot of his comment has been shared online, with netizens enraged at what Mr Verma had written.

Some looked into the Facebook profile and saw that Mr Verman was apparently working as a vice-president at the United Overseas Bank (UOB). Facebook user Felix Ng took to UOB’s page to address the matter.

Mr Ng wrote that he woke up to the disturbing post by Mr Amit on Facebook. “As a client of UOB and having referred clients to UOB as well, I am disturbed as to how he called Singaporeans ‘Singapoo.’ This includes you, as a Singaporean and me as well. It’s an absolute insult, a mockery of us, and a total disgrace to UOB for hiring someone like him.”

Mr Ng asked the company to investigate the matter and to “clear the air”.

UOB promptly responded and verified that Mr Verma was not affiliated with the bank. It said:

Photo: FB screengrabOthers wondered if UOB would also report the false claim to the authorities. “He is using your bank’s name to stir up racial harmony and (at the) same time, tarnishing UOB bank name,” commented Facebook user Wilson Heng.

Dear UOB Singapore,I woke up today to a disturbing post by someone named, Amit Verma, in Facebook.In this unknown…

Viral video: shouting match between Filipina and Singaporean taxi driver, woman accuses him of being racist