Amrin Amin on Jamus Lim’s tax suggestions: “If a PAP MP had suggested this, many colourful adjectives will be coughed out” 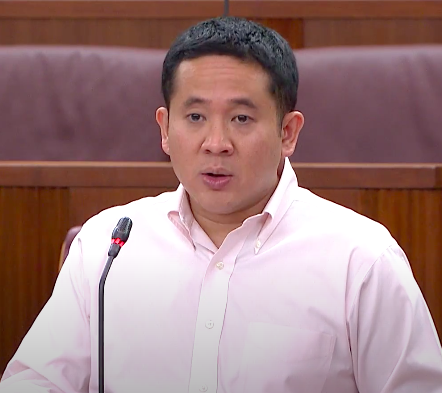 Responding to Mr Lim’s suggestion in a Facebook post on Wednesday (Oct 7), former Sembawang GRC Member of Parliament (MP) Amrin Amin said: “If a PAP MP had suggested this, many colourful adjectives will be coughed out”.

I worry about the many cabin crew and staff of SIA who have been retrenched. Passenger volumes are critically low. For…

“I worry about the many cabin crew and staff of SIA who have been retrenched. Passenger volumes are critically low. For the aviation industry, it’s now about trying to stay afloat”, Mr Amrin wrote.

“There’s a serious disconnect for Workers Party Jamus Lim to suggest slapping a new environmental tax on an ailing national carrier. SIA had already dropped plans for ‘flights to nowhere’ last week. Times are bad. It’s a struggle”, he added.

“If a PAP MP had suggested this, many colourful adjectives will be coughed out. But I suppose we can be charitable and just call the less than compassionate suggestion – noise pollution?” Mr Amrin said.

Responding on social media, Mr Lim said that he is proud of SIA and wants the industry to survive, and his suggestion of an environment tax would be borne by wealthier customers who would be more willing to take a proposed “flight to nowhere.”

He added that he was hoping to “spur some creative thinking about how we can help ensure the future viability of our national airline, without compromising the need to pay attention to the environment, too”.

He said that “such creative thinking is necessary to ensure that we don’t spend our hard-earned reserves in an unwise fashion”.

Today in Parliament, I posed a question about environmental taxes on #SIA’s proposed (now abandoned) “flights to nowhere.” In his response, Transport Minister Ong pushed back, saying that it was inappropriate to impose additional costs on SIA, even as it struggles financially.