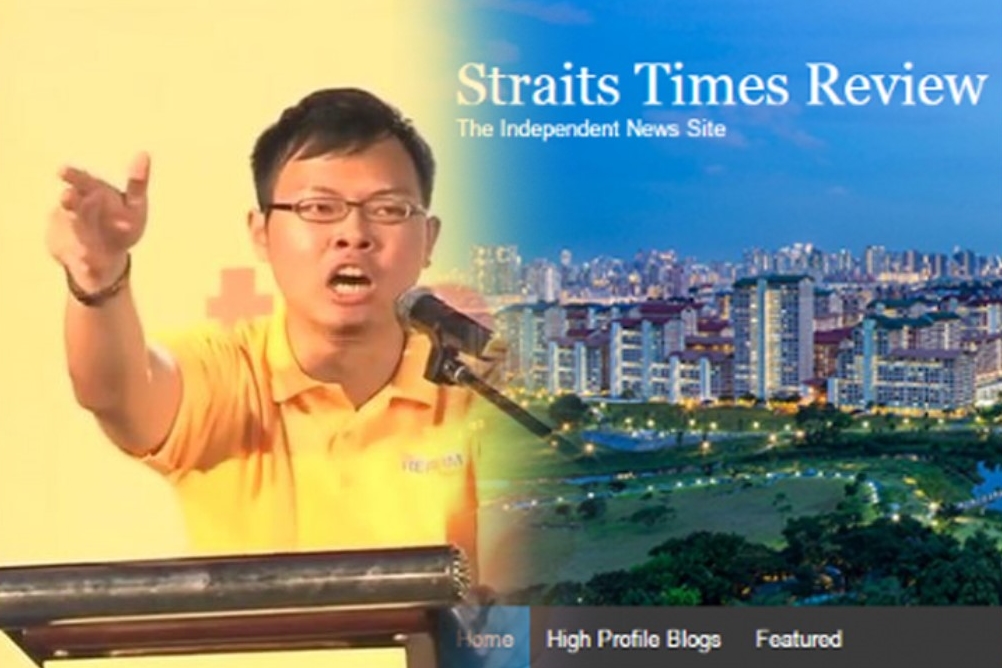 Failed Reform Party candidate Alex Tan, who is most well known for his association with the States Times Review and Singapore Herald websites, has announced that he is the self-appointed “strategy leader” for all the opposition parties in Singapore.

Tan, who describes himself as a “Singaporean independent opposition politician,” wrote on his blog: “I will be self-appointing myself the position of Strategy Leader for all opposition parties in this year’s General Election. All opposition parties will be under my lead with the primary purpose of overthrowing the PAP dictatorship.”

Under his self-proclaimed leadership, Tan said that he will “ensure there will be no three-corner fights and it will be a straight contest between the ruling party PAP and the public’s preferred opposition party. Opposition parties that has (sic) been endorsed by the public will get my support buffs, while those who insist on contesting will get my debuffs.”

He also claims that he will somehow “ensure that Opposition Parties who refuse to withdraw from a 3-corner fight will lose their electoral deposit.”

It is doubtful that the opposition parties in Singapore will accept Tan as their “strategy leader”.

The heavyweight opposition parties like the Workers’ Party, the Singapore Democratic Party, Chiam See Tong’s Singapore People’s Party and the new Progress Singapore Party led by Dr Tan Cheng Bock will no doubt already have their own strategists in the run-up to the election.

Tan also irritated many of the smaller opposition parties after he called several of these parties and politicians “opportunists” who are “unfit for office” in a post on his website, The States Times Review, in October last year.

He then proceeded to identify what he believes are “clown parties” and a few““opposition veterans” who appear every election but absolutely unfit for office” in the post. He included his former party, the Reform Party, as one of these “clown parties”.

Goh Meng Seng, the leader of the People’s Power Party (PPP) and a veteran opposition figure who has served in opposition politics for more than a decade, lashed out at Tan in a subsequent statement.

Calling Tan a “fraudster” who leeches off hardcore opposition supporters by whipping up sensational anti-PAP rhetoric, Goh revealed his personal experience with Tan whom he encountered on the election trail in 2011: