Man told it was a mystery box game, did not know it was an online gambling site

Singapore — A virtual mystery box website promoted by Ah Boys To Men actor Ridhwan Ahmad is a remote gambling service and has been ordered blocked by the Ministry of Home Affairs.

The website, Drakemall, which is based in Ireland, offers fashion, beauty and gadget items as prizes.

It had been promoted by Ridhwan on YouTube on Dec 22 last year.

The New Paper reported on Monday (Jan 20) that the ministry ordered the website blocked last week.

Ridhwan had demonstrated in a 13-minute video that he won an iPhone 11 by buying a box for $6.50. The original price for the iPhone 11 is about $1,000. Ridhwan, 26, also provided guidance on the registration process and gave a referral code with his name for more benefits.

In 2012, the actor played Recruit Ismail in Jack Neo’s Ah Boys to Men franchise. His YouTube fan base is 500,000 plus, aged 12 to 18, and Drakemall may have been targeting this age group.

Last Friday, the YouTube video had 70,000 views. It was later taken down.

Ridhwan shared with The New Paper that he was not sure that Drakemall was an online gambling site. He said many YouTubers around the globe were also promoting it.

The actor said that, when he was asked to promote Drakemall, he was told it was a mystery box game. He did not know it was an online gambling site. Ridhwan said that his career was important to him and that he would not do anything to risk it.

A police spokesman said that the sale of mystery boxes and remote gambling is illegal unless exempted by the ministry. 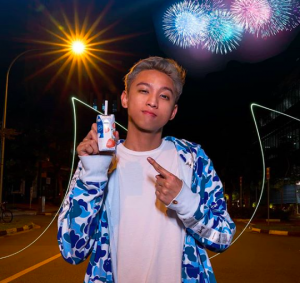 In 2018, mystery prize machines were banned in Singapore. Police warned that they were a form of public lottery.

Dr Carol Balhetchet, a clinical psychologist, said that it was irresponsible to expose  teens to sites like Drakemall.

She said that it was a negative way to promote to the young the idea of getting what they wanted even if they did not have much money.