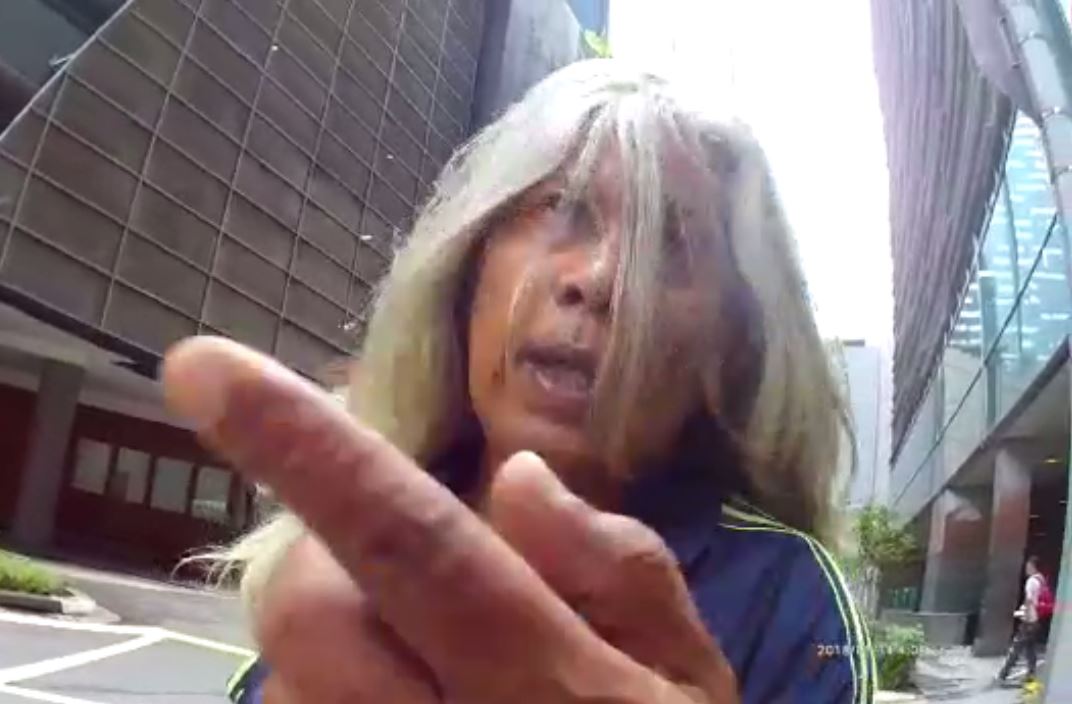 A video of a driver threatening a traffic regulations enforcement officer has been circulating on social media and on messaging apps like WhatsApp recently.

In the video, the enforcement officer approaches the driver who has parked his vehicle illegally along a Singapore road. When the officer asks the driver to move away from where he has parked, the driver refuses to and instead angrily alights the minibus he is driving.

The driver moves towards the officer in an aggressive fashion, points his index finger at the officer and warns him to leave – presumably before he does something worse:

The driver – who seems to work at a construction firm, based on his shirt – gesticulates wildly while instructing the officer to move off. He appears to tell the officer to go back to Malaysia during the heated exchange.

The officer backs away, while still filming the exchange, and tries to reason with the hostile driver to no avail. The driver continues threatening the officer in Malay until the officer moves away.

Shortly thereafter, the officer calls a colleague to report the incident. The phone call is partially captured on camera and the officer can be heard explaining that he filmed the exchange as he wanted to get a photo of the driver’s vehicle since he had broken parking regulations.