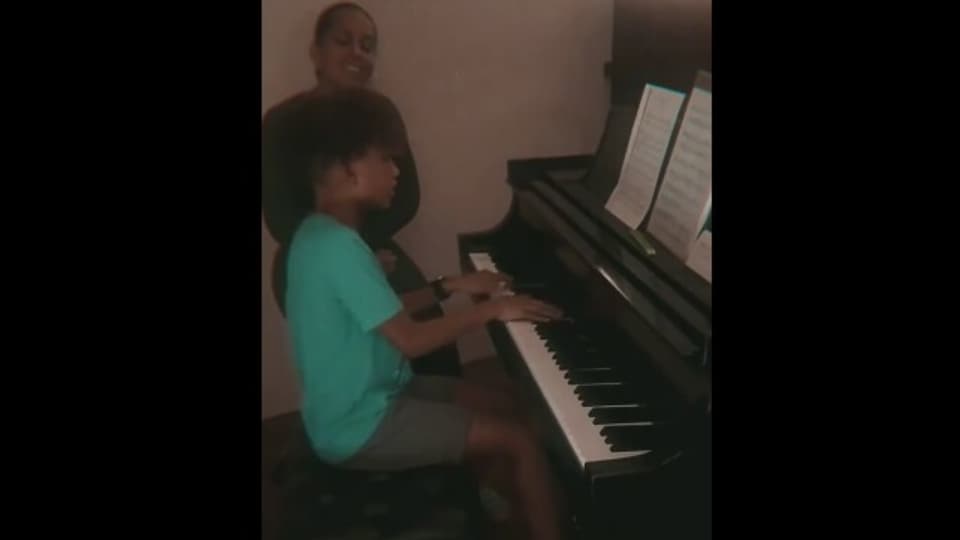 India — In a recent share on Instagram, singer Alicia Keys has shared a beautiful recording of her singing along with 10-year-old son Egypt. The video shows Egypt playing the piano perfectly resulting in a melodious duet between the mother and son.

“Egypt On The Key. I love being a part of his practice and I love being his background singer! He is making magic,” reads the caption shared alongside the video. The clip starts with Egypt playing Sweet Dreams (Are Made of This) by the Eurythmics on the piano as Keys joins him.

Take a look at the video:

Shared on April 28, the clip has garnered over one million views and tons of appreciative comments. People showered the recording with heart and fire emojis.

“What an incredible blessing. Mama and baby boy love on another level,” wrote an Instagram user. “Wow his voice is so beautiful, so much talent, love it, bravo,” commented another. “Beautiful. He’s a rising star!” said a third.

What are your thoughts on this video?Follow us on Social Media