The Independent Singapore News
Lifestyle Health & Fitness A calmer you by Sonal Kalra: Some grown-ups just don't seem to...

A calmer you by Sonal Kalra: Some grown-ups just don’t seem to remember this simple ‘funda’

A simple ‘funda’ for grown-ups to remember from Sonal Kalra 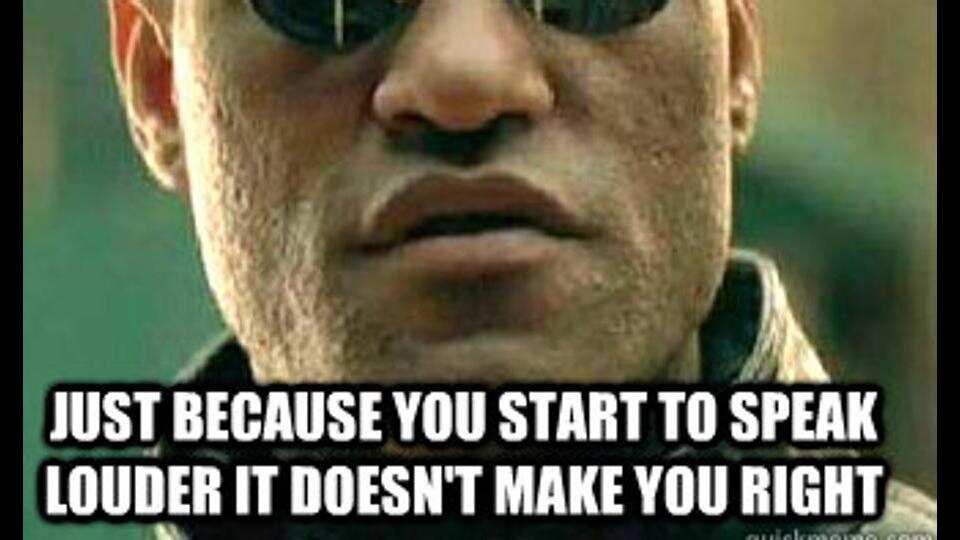 India — Many years ago, some idiot had come up with the idea that ‘offence is the best defence’. Till date, many idiots are religiously following it. I saw one such respectable gentleman recently. His car that seemed being driven at a respectable speed of 80km/hr on an inside lane of my humble residential area, went over a puddle and splashed muddy water on two young girls who were walking alongside.

Don’t ask me where the puddle came from, considering it’s not rainy season. Because then I’ll have to tell you how Chaddha ji gets too busy with Mrs Chaddha in the morning and forgets to switch their water motor, leading to a beautiful waterfall every morning till much after the overhead tank is full. Of course the neighbours don’t object. Don’t you know how important waterfalls are to natural beauty? All the kids in the area owe their first prize in school painting competitions to the fact that they can all draw waterfalls perfectly in landscapes.

Anyway, please don’t divert my attention from the main subject. ‘Hey’, one of the girls shouted, her dress ruined badly by the muddy water. The car stopped. Correction: The car had to stop, not out of a stroke of good conscience by the driver, but because someone else had parked in such a way that he couldn’t turn. Before the girls could say anything, the water-splasher shouted loudly. “Why can’t you walk properly on the road-side. When you can see water on the road, have the common sense to walk at a distance.” I was watching from my balcony, and had every impulse to go down and enlighten him with the right definition of common sense.

But then I stopped. For all the ‘we won’t take it lying down’ spirit of the youngsters today, I wanted to see how the girls would react. And then it happened. The one who seemed barely 14 raised herself to all her height, and said ‘YOU should have the sense to slow down when your car goes through a puddle.’ And then to my immense satisfaction, the other young girl added, ‘Shouting does not make you right’. I wanted to dance, but then I happened to see Chaddha ji doing aerobics and had to rush inside to throw up. I’m happy that the girls had the courage to stand up against a bully. But I’m happier at them having understood one very basic, very important rule in life – raising your voice does not make you right.

This week, my heart goes out to those who have to encounter ‘loudspeaker’ people or LPs in their lives. Bosses, spouses, parents, teachers – LPs can come in any form or size. Their funda during an argument is simple and SO wrong – forget about the content, focus on the volume. Here’s how to deal with them.

1. Don’t deal with them: No, I’ve not lost it, saying two contradictory sentences one after the other. The best way to deal with an LP is to walk out on him or her. The moment a person turns a healthy argument or debate into a shouting match, just refuse to be a party to it. It’s no sign of weakness. It’s a sign of maturity. Always remember that when they want to make a point: toddlers yell, adults talk. If an adult insists on behaving like a tantrum throwing kid, treat him like one and ignore his demands of attention. Tell such a yeller very firmly that you’ll be happy to resume the conversation when all the shouting stops.

2. Surprise them: In situations when you can’t physically walk away from someone who’s shouting non-stop, surprise them into silence by doing something sudden and strange. Like whistle. Or switch the topic altogether and say ‘Do you think it will rain today?’ It breaks the chain of their non-stop rant and they’ll be forced to stop and think. Haan, there is a possibility that it may anger them further, so do this from a safe distance.

3. Don’t be ‘them’: In other words, if you are a habitual yeller and reading this, please take a deep breath, introspect, and slap. Yourself, of course. Do realise that no matter how much you wish for it to be, the volume of human voice has precious little to do with the rightness of a person, or an argument. On the contrary, sometimes people get so put off by the one who always shouts that his right arguments are also not understood or accepted. Because it gives people a chance to brand you as the aggressive one. You don’t want that … do you? I admit that all of us, including myself, have a secret wish to be able to punch some people in the nose without there being any consequences. But then in real life, there are always consequences. Also, no matter how important you may feel screaming your lungs out, over aggressive loudspeaker people are not popular, you see. News anchors are exceptions. And they too, mind you, don’t shout around in their personal lives. The most aggressive ones on-screen are mostly soft-spoken ones off it. Energy hi nahi bachti hogi.

4. Know your rights: It’s important that irrespective of the gender, age, occupation, hierarchy etc, you are always aware of your right to not be intimidated. Throughout your life, you’ll encounter yellers who will justify their shouting by saying they did it because they want you to improve. In a lot of instances, they’ll be right in having that intention. It’s up to you to give them the confidence that you are capable of realising your fault and correcting it, without the need of being screamed at. Tell them it’ll save them the energy, you the humiliation and world the noise pollution if the volume is controlled.

5. Speak up when you should: At the risk of contradicting whatever I’ve said so far, let me re-iterate that the virtue of being soft-spoken should never translate itself into staying quiet when there is a need to be heard. Very often we encounter fools who mistake silence for surrender. Speak up, clear and loud if the need be, if you come across flag bearers of the kingdom of insane and unreasonable. Just know how and when to filter noise from substance, both in what the other one says, and what you do.

Sonal Kalra ne itna gyaan baanta, how about shouting out a really loud cheer? Oops. Mail her at sonal.kalra@hindustantimes.com or on Facebook at facebook.com/sonal.kalra. Follow on Twitter at twitter.com/sonalkalra. You can now also listen to Sonal Kalra’s podcast #TensionNot on https://www.htsmartcast.com/ and https://www.healthshots.com/Follow us on Social Media