5 virtual reality trends to watch in the next 5 years 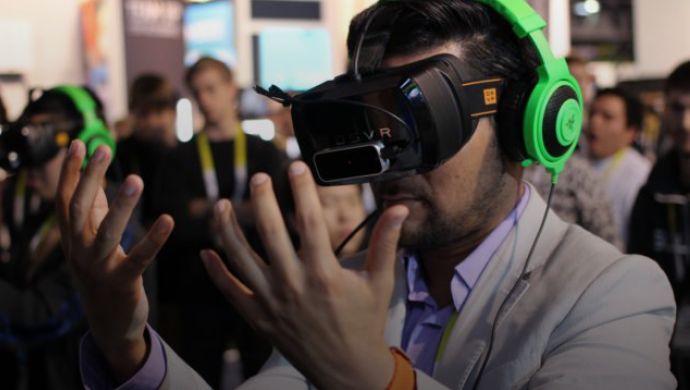 It’s exciting to think about everything that virtual reality has in store for us, but it’s important to remember that this is still a technology in its infancy

Virtual reality (VR) technology is starting to develop and see higher rates of adoption, but it hasn’t yet exploded the way analysts thought it might. Though sales for VR devices missed the mark in 2016, economists are expecting much higher sales volume in 2017 and beyond. Brands such as Oculus, Sony, and Microsoft are all competing and experimenting to get the formula right for mass-market acceptance, and with so many major players with big stakes in the game, it’s only a matter of time before we see VR more heavily integrated into our everyday lives.

But what new directions will VR take us in, and what curveballs can we expect from developers in the next few years?

Preparing for the VR Revolution

These are some of the most important trends to watch for in the next five years:

1. In the words of Michael Lewis of Active Web Group, “Virtual Reality (or VR) promises to change the direction of online advertising, taking this communication format in an entirely new direction … Advertising and overall branding will become more of a personal experience, rather than a video on screen. The engagement will be unparalleled, as prospective customers will literally be able to visualise themselves with a product or service. The phrase ‘seeing is believing’ has never been more true.”

2. Imagining yourself in a lavish natural landscape can be fun, but it’s less fun when you’re wearing a bulky headset and are trapped, blind, in your own living room worrying about what piece of furniture you’ll run into next. One of the biggest trends to watch in VR for 2017 and beyond will be increased portability and visibility to correct this. Headsets will get smaller and more manageable, computing systems may become fully portable, and we’ll see the introduction of features that allow you to navigate the real world more easily while engaging with your digital environment.

3. Cost reduction. The cost of a single VR headset isn’t alarming, but when you factor in the cost of a PC that can run VR software at a suitable rate and other accessories, someone with an average gaming setup (or none at all) is looking at a cost of thousands of dollars for a full VR system. For most Americans somewhat dubious of VR’s claims and a technology still in its infancy, that’s way too much money. Fortunately, a few years of research and development, combined with tapered cultural expectations should iron out the cost issues. Major tech brands will likely work to get a fully operational all-in-one VR system under a thousand dollars within the next year or two, declining to only a few hundred dollars not long after that.

4. Sensory feedback. The advertisements for VR headsets (along with cultural expectations for VR in general, thanks to science fiction) portray an experience that’s completely immersive, with participants hardly able to distinguish between virtual reality and physical reality. While the real experience isn’t a total disappointment, Phil Iwaniuk of PC Games notes, “It’s somewhere between your expectations and a disappointment. Not an outright disappointment, just – somewhere in the middle. I’m not talking about one headset in particular. I’ve spent hours with the various models of Oculus Rift, Vive, and PlayStation VR, and while there are differences in comfort, image quality and tracking precision between each one, they’re united in being not quite as good as you’d hope.” To help correct this, we’ll likely see the introduction of more immersive features, such as sensory feedback, which would give users more than just an audiovisual system to calibrate their senses; weight, force, and even temperature changes could be added to the system.

5. Right now, there are only a handful of VR headsets available on the market, and most of them function similarly. You’ll pay about the same amount of money for about the same audiovisual experience, and you’ll get the same applications—notably, games with a hint of 360 movies and landscapes. As more brands jump on the bandwagon and attempt to make money from this popular, up-and-coming technological force, look forward to seeing a wider diversity of different options. We’ll see different levels of portability, cost, and sensory experiences (in accordance with the other factors above), but also applications for use with different devices, and customisability for different individual needs. VR isn’t just limited to games and movies, and we’ll likely see devices that start pushing the limits of what VR is capable of in the near future.

It’s exciting to think about everything that VR has in store for us, but it’s important to remember that this is still a technology in its infancy. The next five years will be fast-paced and sales will likely be strong enough to push these changes, but at the same time, it may still be early to jump on the VR train and invest thousands of dollars into a simulated gaming station. Until then, keep watching the major players, consider your investments wisely, and get ready for the VR revolution we’ve been promised for years.

The article 5 Virtual Reality Trends to Watch in the Next 5 Years first appeared in Geektime.

The post 5 virtual reality trends to watch in the next 5 years appeared first on e27.