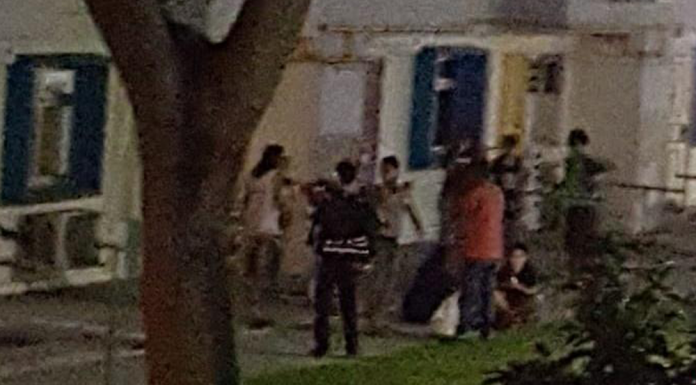 A 25-year-old mother of three reportedly jumped out of the kitchen window of her sixth-floor HDB flat at Blk 63 Toa Payoh Lorong 5 last Friday, around 8.15pm. According to neighbours, the shocking incident supposedly occurred after a loud argument erupted within the flat.

One neighbour told the Chinese daily: “Her father-in-law visited the house and he got into an argument with her over her children. They started to yell at each other and in a fit of anger, the father-in-law told her to go and jump off the building. Then, she lost control and really jumped out of the kitchen window.”

The neighbour, who declined to be named, claimed that the 25-year-old woman has shared about her strained relationship with her father-in-law, in the past. The young mother, whose children are between the ages of 2 and 6, allegedly shared with her neighbour that things got so bad once that her father-in-law supposedly threatened to take her children away from her.

The young mother, thankfully, survived the fall. As her family rushed to her side and held her while crying, eyewitnesses claim that her father-in-law remained standing at a corner and appeared to be stunned.

The woman’s husband later told the daily: “I would like to find out what happened that led to the argument. I haven’t spoken to my father.”

The woman was conveyed to a local hospital by emergency personnel, following the incident. She reportedly suffered fractures on her back and legs. The police have classified the case as an attempted suicide and have arrested the woman while a 58-year-old man has reportedly been arrested as well for instigating a woman to jump.