The Independent Singapore News
Home News Featured News 15-year-old girl beaten and hanged by three boys for fighting back during... 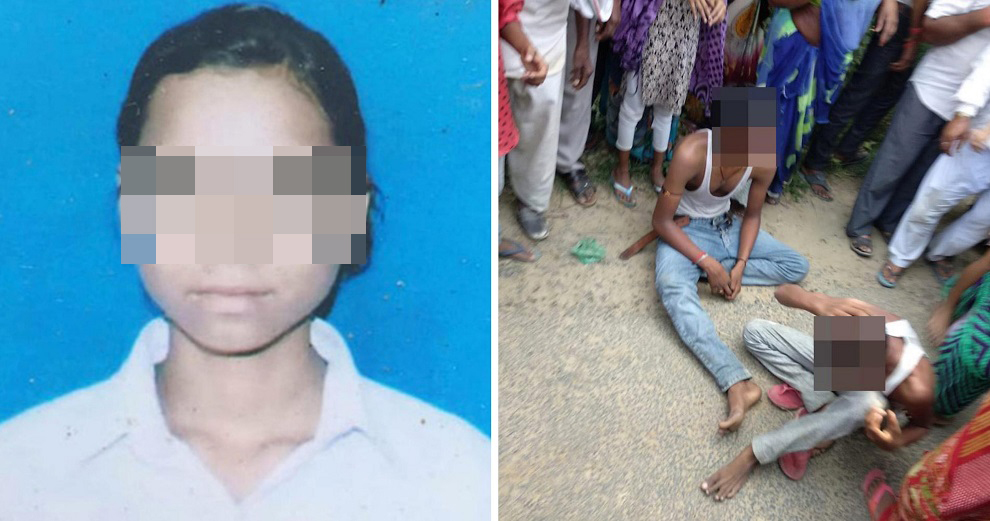 The family of a 15-year-old girl from the Manipuri district of Uttar Pradesh, India were devastated after their daughter was badly beaten and hanged from a tree when she resisted the attempts of three boys who tried to gang rape her.

15-year-old Suvita Yadav had been walking home from school after an annual celebration at her school of Gandhi’s birth anniversary when three boys began chasing her, with the intention of raping her.

Suvita began screaming as she fought back. Since she was near her home by that time, her brother who had been working at the family farm heard his sister crying for help and rushed to her aid.

When he reached the scene, Suvita’s brother, Avnish Kumar, found his sister badly assaulted and hanging from a tree. The boy tried to rescue his sister who was crudely left to hang using her scarf but her assailants prevented him from getting near her and beat him up, as well.

Savita soon succumbed to her injuries and passed away. A post-mortem confirmed that the young girl had not been raped.

According to the Sun, the three boys were caught by local villagers and handed over to the police. The Mirror reported that Suvita’s bereaved family are demanding justice. The girl’s uncle, Jeevan Ram Yadav, reportedly said:

“My nephew alarmed us that some boys were beating his sister. When the villagers reached the spot, her body was found hanging. The boys were still there. She had never complained of them stalking her before.”

“Rambir Yadav’s daughter was returning from school around 11am when three boys from a neighbouring village thrashed her and hanged her from a tree.

“When the villagers reached the spot they found the three men there and nabbed them. In the meantime, police reached and arrested them.

“The girl’s body was sent for autopsy. There reports confirm no rape but death due to hanging.

“During the investigation we have found that Shivam was studying in her school and the two knew each other.”Follow us on Social Media