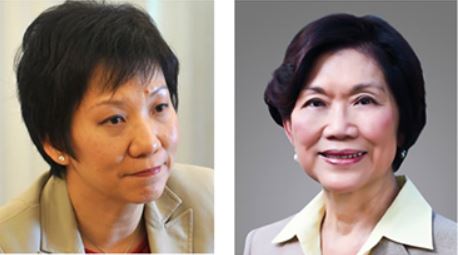 Then National Development Minister Khaw Boon Wan scolded WP in Parliament. He wanted AHPETC which is managed by WP to pursue FMSS and get the residents’ monies back.

Mr Khaw said, “MND further expects AHPETC to deal decisively with the gross incompetence of its MA. Please do something for the sake of your residents. There has been overpayment and public funds have been affected. Will the TC be suing the FMSS for return of money lost? Meanwhile, MND is studying what other legal recourse any aggrieved parties may have.”

AGO said, “The large number of instances indicated a breakdown in the controls put in place to ensure that variations were properly justified and approved before works commenced.”

AGO also found that NAC had paid a consultancy fee of $410,000 for the construction of a bin centre costing $470,000. “There was inadequate assessment on the reasonableness of the exceptionally high consultancy fee, at 87.2 per cent of the cost of construction,” it said.

The Ministry of Culture, Community and Youth (MCCY), which oversees the NAC, had told AGO that the construction of the bin centre “was more complex and required significantly more design expertise, technical consultancy services and effort to coordinate with multiple parties” and these were the reasons for the fee to be above the norm.

But the AGO noted that these reasons were not cited in the approval paper for the draw down of funds. It also found that NAC had directly engaged consultants without conducting due diligence by first conducting a cost assessment on the reasonableness of the fee. AGO also said that NAC failed to use the norm methodology – percentage of the quoted fee over the construction cost of the works – to assess the fee.

Instead, it “benchmarked the fee for the construction of the bin centre against other more complex projects. Had the norm been used, it would have been clear that the consultancy fee quoted for the bin centre was exceptionally high,” said the AGO.

MCCY said it would adopt the norm for cost assessment of consultancy fees for future development projects.

What would Minister Grace Fu do?

If the norm for cost assessment of consultancy fees was used, then clearly NAC has overpaid the consultancy fee and public funds have been affected too.

But one can’t really fault the consultancy firm since NAC had deemed the bin centre to be “more complex” and required the services of “atas” consultants. And that means paying a high consultancy fee.

If the norm methodology which is the percentage of the quoted fee over the construction cost of the works to assess the consultancy fee was used, the actual fee would be much lower.

It turns out that the Chairman of NAC is Professor Chan Heng Chee who is also the Ambassador-at-Large (https://www.nac.gov.sg/aboutus/management.html).

Since it was NAC’s decision to use the “atas” consultants when it was ridiculous to do so considering the modest budget allocated for the construction of the bin centre, should not NAC’s highest ranking officer return back the “overpayment” to taxpayers?

Would Minister Grace Fu of MCCY tell Prof Chan to do so?