The Independent Singapore News
Home News Featured News Woman says she may be a maid in SG but that's...

Woman says she may be a maid in SG but that’s why she could afford 3 houses, two plots of land and a car in the Philippines

'Singapore is good enough to make me earn money and invest in the future,' she says

Singapore — A Filipino woman on TikTok has come back with a sassy response to netizens who called her out for being a maid.

A netizen posted the following comment on the woman’s TikTok channel: “no lah she’s a maid”.

In response, the woman, @shery2291, said: “I may be a maid but I have car in the Philippines, then I got three houses in Cavite, two land in Samal and one of them is near the beach”.

“Singapore is good enough to make me earn money and invest in the future. So if I’m maid here in Singapore, it’s okay”.

She added as an aside: “as long as I’m just thinking about the future and not just (posting) hating comments in other people’s videos”.

The video was posted on TikTok slightly over a week ago, before it went viral on social media such as Facebook, garnering 128,200 likes and 2234 comments.

Netizens who commented on the video were very supportive of the woman, with some even asking her to bring them to Singapore. 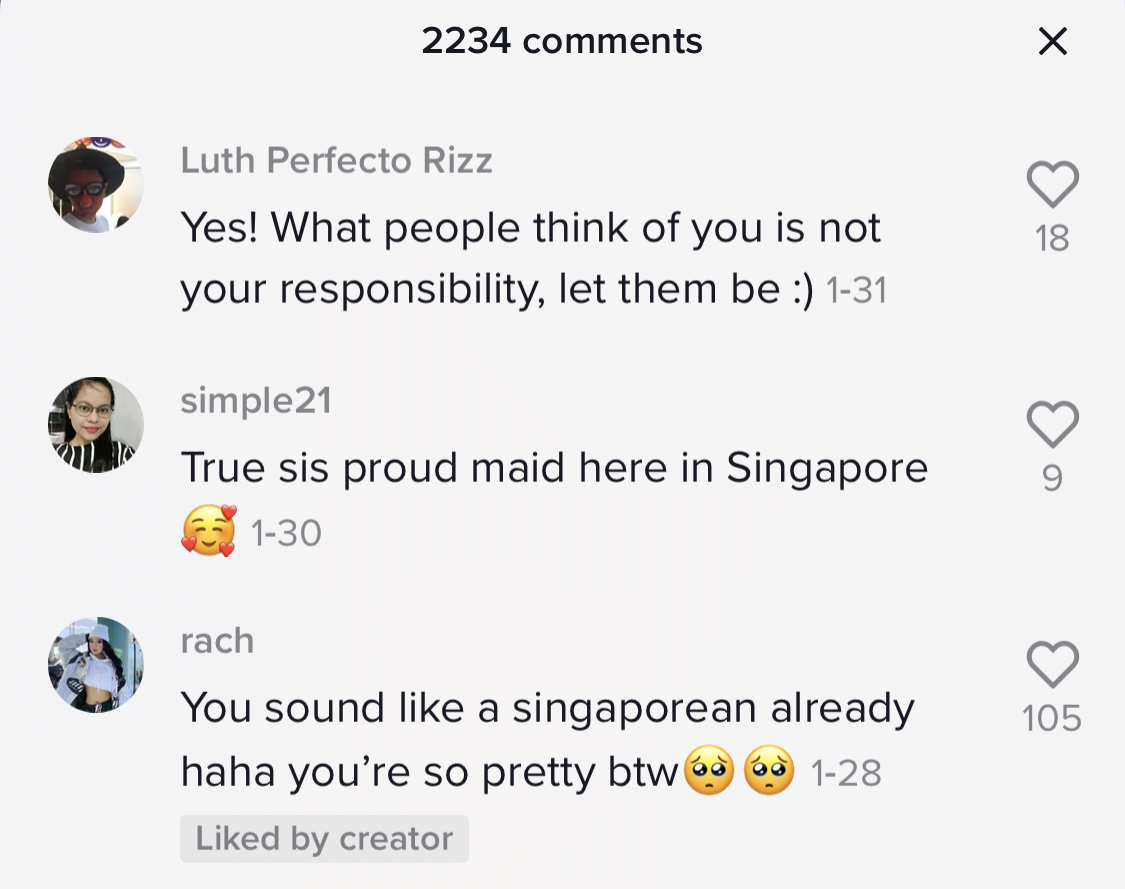 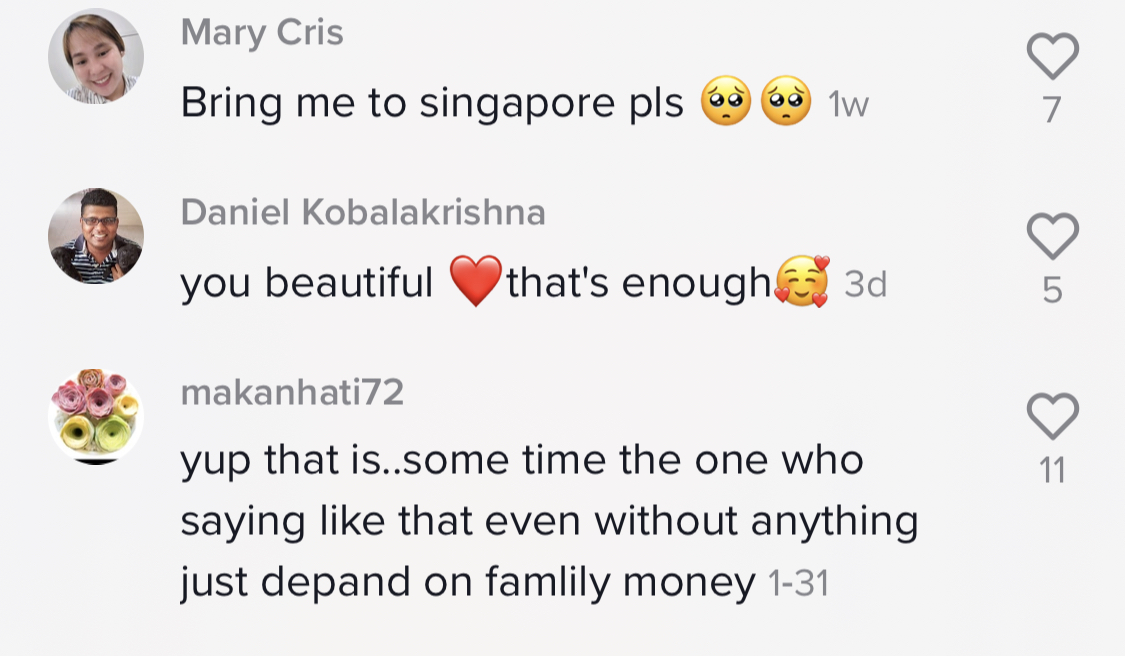