The Independent Singapore News
Home News Woman jumps to her death in Choa Chu Kang allegedly due to... 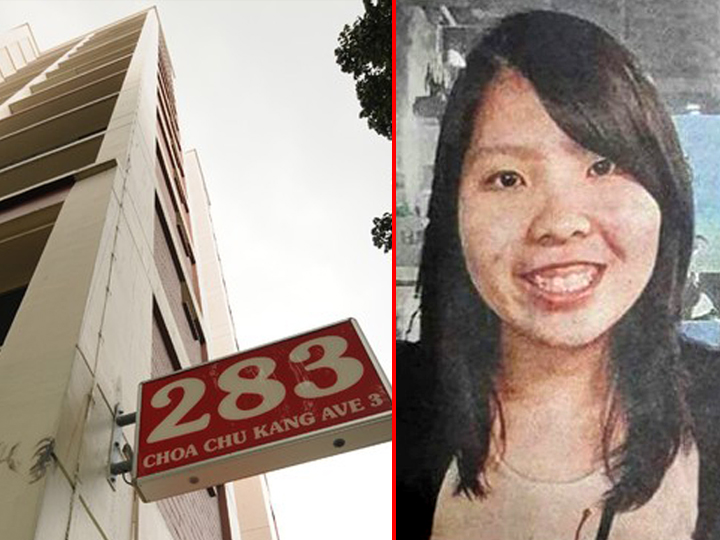 A 27-year-old woman jumped to her death on 13 April at about 12pm from Block 283 in Choa Chu Kang Avenue 3. The media in identifying the woman as Liu Zhi Hui said that she was probably suffering from depression due to work-related stress before deciding to end her life.

According to the woman’s uncle, Liu graduated from NTU. She resigned after working for a private company for a year as an engineer. She was recuperating from her mental stress for about half a year before she decided to end it.

Her uncle in speaking to the media said that, “after working for a year she complained that stress was too great – that she was unhappy and had problems at work. So, she resigned to rest at home.”

Her family tried to get her to see a doctor, but Liu refused to do so insisting that she was healthy.

Liu’s uncle added: “If I knew she earlier that she had depression, I would have paid more attention to her. Maybe this wouldn’t have happened.”

Police have classified the incident as a case of unnatural death and are investigating.Follow us on Social Media