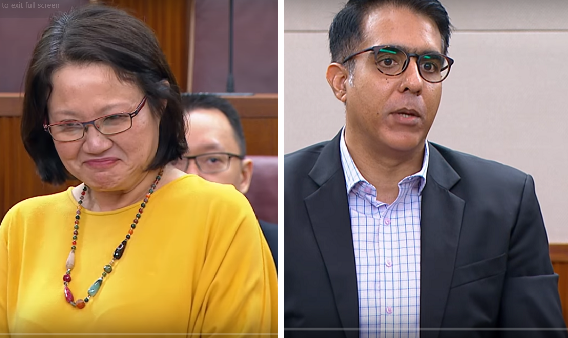 Come April 8, the Workers’ Party elects a new secretary-general to replace Low Thia Khiang. Will it signal a turnaround in fortune or will it set the WP back when their talisman steps down?

There was a time when it seemed all but certain that the WP would become a force to be reckoned with, steadily making inroads to put up a formidable Opposition against the PAP.

But the WP took one step forward and one step back, sometimes even two steps back. It ceded ground in GE 2015, only retaining by a whisker the  Aljunied GRC it spectacularly won four years earlier.

Why has the WP struggled to mount a strong and sustainable challenge to the PAP?

There are at least three significant factors.

Firstly, the PAP was shaken and stirred into action.

The WP had an unexpectedly good showing in GE 2011, capturing six seats including Aljunied GRC. For the PAP, it was its worst performance since independence.

George Yeo, leading the PAP team which fought a lost cause at Aljunied GRC, observed the “outpouring of pent-up emotion” and concluded: “The PAP must be transformed.” He felt that the party needed to exercise “flexibility” and treat its citizens as “human beings.”

There was a transformation of sorts after GE 2011.

The PAP tightened immigration, ramped up the construction of HDB flats and added more buses to the public transport network. It also upped the ante on social spending and came up with measures like MediShield Life and the Pioneer Generation Package.

By making adjustments, the PAP was able to recoup lost ground and keep the Opposition in check.

Ironically, it was the WP which did the PAP a favour – delivering a slap in the face which jolted it to regroup and rejuvenate.

Secondly, the PAP made the most of one-party rule.

As the dominant party in full control of Parliament and the instruments of the state, the PAP acted swiftly to carry out its agenda unimpeded.

The PAP dug in deep to deny WP space to manoeuvre. The obstacles that came with the handing over of the Aljunied-Hougang Town Council have been well documented. The WP was subsequently embroiled in town council management woes and the saga is still ongoing, sucking much time, energy and resources out of the party.

Other methods the PAP employed to bolster its political agenda included the tightening of legislation on online media and the redrawing of electoral boundaries.

Above all, it is the ongoing town council saga which continues to haunt the WP. Three town councillors are being taken to court for recovery of improper payments – Low Thia Khiang, Sylvia Lim and Pritam Singh.

With the legal battles ahead, the concern is that the WP will be put on the back foot when it should be looking to score political points and prepare for the next GE.

Thirdly, the WP did not evolve to take the fight to the PAP.

The WP failed to broaden its appeal through proactive engagement with the PAP. It stubbornly stuck to a moderate stance, going along with the PAP on many fronts even when there was room to be combative and vociferous.

To a sizeable segment of the population, the WP came across as a risk averse party entrenched in grassroots mode and lacking in ambition.

As the recent GST hike “test balloons” saga shows, there is more for the WP to gain by taking risks and going for the jugular. By standing her ground in the face of unrelenting attacks, Sylvia Lim and the WP came out tops. The PAP had to beat a hasty retreat – at least for now.

There are risks involved in being more combative and refusing to cave in to pressure because the government of the day in a one-party system has the ways and means to call the shots.

But there are signs that the PAP has forgotten the lessons of GE 2011. This opens the door for the WP to take the fight to the PAP.

Who knows, if Singaporeans continue to see the true colours of the men and women in white (as they did over the GST hike timing squabble), they could wake up from their slumber.

Is the WP capable of rising to the occasion to deliver a major body blow to the PAP? Or will it end up huffing and puffing just to hang on to one GRC?Follow us on Social Media