The Independent Singapore News
Home News "Why deprive the minority of Marsiling-Yew Tee of their rights?": Ex-Association of...

“Why deprive the minority of Marsiling-Yew Tee of their rights?”: Ex-Association of Muslim Professionals director 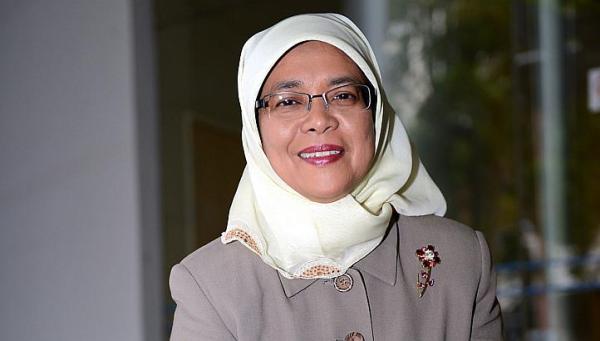 Former Association of Malay Professionals (AMP) director Nizam Ismail has asserted that Halimah Yacob’s decision to contest the upcoming Presidential Election will dilute minority representation in Marsiling Yew-Tee GRC and in Parliament since she resigned as one of the Members of Parliament (MP) of the GRC and as Speaker of Parliament.

In a post published yesterday on Facebook page Suara Melayu Singapura, Mr Nizam opined that it wouldn’t be fair for other MPs to fill Halimah’s vacant position because they have their own full load of responsibilities.

In his post, Nizam highlighted that Halimah’s resignation casts doubts on the basis of the GRC system which was instated to ensure minority representation in Parliament. Asserting that Halimah’s choice to give up her elected roles to contest the Presidential race may diminish the representation of minority aspirations and concerns, Nizam asked, “Why deprive the minority of Marsiling-Yew Tee of their rights?”

“And so the non-newsy news gets announced, with Mdm Halimah Yacob announcing her candidacy for the reserved presidency.

“The reserved presidency was ostensibly done in a bit to protect multiculturalism, to give the Malay community a chance to have representation in the presidency, after a hiatus, post Yusof Ishak.

“Putting aside the skepticism and critique (and there are many) of the reserved presidency for the moment, is the Community better off in terms of representation, especially in light of the fact that there will be no by-election in Marsiling-Yew Tee GRC to find a replacement for Mdm Halimah?

“Well, the Community lost a Speaker of Parliament (the first woman Speaker too), and Malay MP in Parliament.

“And the Malay residents in Marsiling-Yew Tee GRC have lost their representative voice in Parliament.

“After all, the very purport of the GRC is to apparently ensure a certain level of minority representation in Parliament.

“And it is a considerable period of time till the next GE (which must be held by Jan 2021).

“The argument is that other MPs can stand in for Mdm Halimah.

“Why deprive the minority of Marsiling-Yew Tee of their rights?

“Also, the other MPs (whether of majority or minority ethnicity) would have had their full load of responsibilities too. It won’t be fair on them either.”

Ex-PAP MP, Inderjit Singh, also echoed Nizam’s sentiments in a Facebook post in late July. He opined that a sitting MP resigning from office to contest Presidential Election may go against spirit of Office as intended by Lee Kuan Yew.

https://theindependent.sg.sg/a-sitting-mp-resigning-spirit-ep-lky/Follow us on Social Media