What your business can and should learn from Arya Stark 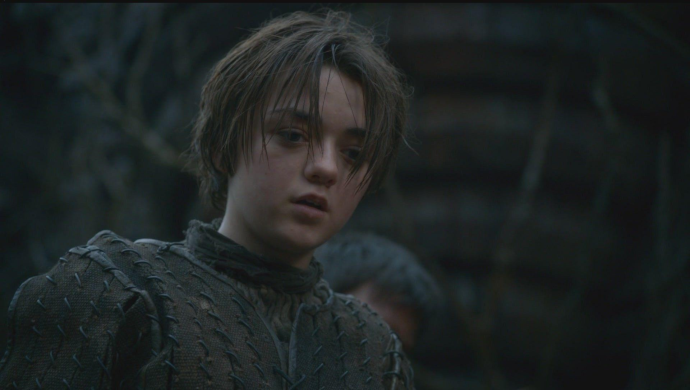 Before you start, please be reminded that:

Another day, another Game of Thrones’ appreciation post. We’ve gone through most of the episodes in this season and the last one was a letdown.

All remaining characters are regressing instead of progressing (cough Jamie cough), and yet we can’t get enough of the show.

If there is one good thing that is a silver lining of hope in all of the darkness that this show has brought upon us — literally and figuratively, it’s no doubt Arya Stark.

Allow me to gush. After the long-awaited Battle of Winterfell, we can confirm, amid the darkness, that Arya is the real hero in this saga.

Arya is consistent, quietly get the job done, and focussed. Sounds like a reliable character to have in your corner, right? You know where this is going because we’re gonna talk business now.

I did myself a service by rewatching the first episode of the first season simply because I have a soft spot in my heart for its epicness. And there she was, Arya, the teeny tiny thing that showed potential since day one.

When her privileged family put her baby boy Bran for training and her for sewing alongside Sansa, she put on some bow and showed what she’s capable of with the weapon. She made her half bro noticed her enough to forge her a sword.

So that was the start. It’s instilled in her that she’s born for this, to fight with skills. She convinced her father Ned Stark (sob) to let her train with Syrio Forel, the swordsman who famously coined the phrase “What do we say to the God of Death? Not today”. That helped her become the hero she’s meant to be.

A good business should mean business. Going into your first entrepreneurial foray should be with the same hustle Arya had that will set the tone for the entire journey. It’s the first step that always counts.

This is especially for you who just started: does this business you’re about to work your ass for really means business? With that being said, does it know where it wanna go with the market, the promotion tool, the audience, the sustainability plan, the monetisation, and the solution it offers? What’s your plan?

Arya has seen some horrors but never loses hope

This is rather corny, but I think a good business should walk through the valley of death and survive, come out on the other end ready to fight for another day.

Arya was there when her dad was beheaded, her first sword teacher was killed and she had to throw away her identity and her rights as a Lord’s daughter to survive. And that was just the start.

When you really believe that you have something to offer, first, second, third, and many more failures to come shouldn’t stop you. This is if you start your business with good intention and back it up with enough research and reliable data.

This is my favourite. Do you have your own to-kill list?

It’s good to be organised like Arya when you run a business. Surely you aren’t meant to have one role in your life, and this way, you can have an overall clearer view on what to do next without being all over the place.

For me personally, it’s hard to keep a list and tick it all the way through the end. Arya recites her list before she goes to bed, something that she learned from the other.

It’s good exercise, what she does. Before you go to bed, check again all the things you have accomplished that day and prepare your to-kill list for the next day.

It’s hard to keep at it, sure, but the rewards of finishing a list is also a good mental health sport.

Arya is humble enough to learn from people she despises

Syrio Forel and Jaqen H’ghar are two characters most notable for their roles in grooming Arya to be a fighter. But Sandor Clegane, aka The Hound, I personally think was the one who honed Arya.

The Hound was initially on Arya’s list to kill because The Hound kills Mycah, Arya’s friend. But getting stuck together helped Arya realised the other side of The Hound that wasn’t so bad after all.

Arya even learned how to be sensible and merciless from The Hound. To cut the bullshit and just get the job done.

In business, learning moves from your opponents is crucial. Being humble enough to take what it is that they do well may seem unoriginal or downright imitating, but if you think of it as a learning process and put aside the so-called idealism, you might be surprised by what you can find.

Arya is No One

Another favorite aspect of Arya is that she’s a part of this Gods of death cult, wandered far enough to the foreign land of Braavos to join the training under faceless man Jaqen H’ghar and to essentially become No One.

Arya was forced to completely strip her identity, became blind, and couldn’t really emphatise with people outside the cult as she is molded into an assassin.

Arya’s situation, of course, couldn’t be translated literally into how you should run a business. Becoming no one in business means to work on your part quietly and diligently, to keep going with the pace and not rush things, because your business could use a level-headed runner.

Like Arya, treat each experience as training until you get good enough to let other people chime in and accelerate.

Arya is true to herself

In the end, Arya couldn’t really make it through the faceless man training without keeping her identity when it should be otherwise. She ended up not killing Lady Crane, when the murder assignment was given to her by Jaqen H’ghar. So, she could not become a faceless man herself because she couldn’t kill an innocent person.

She is and will always be Arya Stark, the girl who isn’t meant to be a lady and therefore must reject Gendry’s cute proposal in the last episode. She knows what she is and how she wants to live her life, and she’s never got carried away in what other things offer.

In doing business, even after winning and learning, in the end a business needs to go back to its original mission. Unless the survival requires a drastic change, the true mission that can carry the whole company forward should be at the core of everything the business is doing.

If that’s not the case then it will be easy for the business to not be able to withstand challenges that come with growth and to fall apart.

As most of our Game of Thrones’ protagonists, Arya, of course, is not without shortcomings. Despite coming so far and growing so much that she can now co-exist with her sister Sansa after growing up looking down at her, Arya is merciless for her own good and at times can come across as cold-hearted.

This is of course not a good trait of business owners, but her badassery made up for it.

Here’s to businesses becoming more like Arya Stark, the no-nonsense, true hero of the Seven Kingdom.

The post What your business can and should learn from Arya Stark appeared first on e27.