What Singapore can learn from Silicon Valley 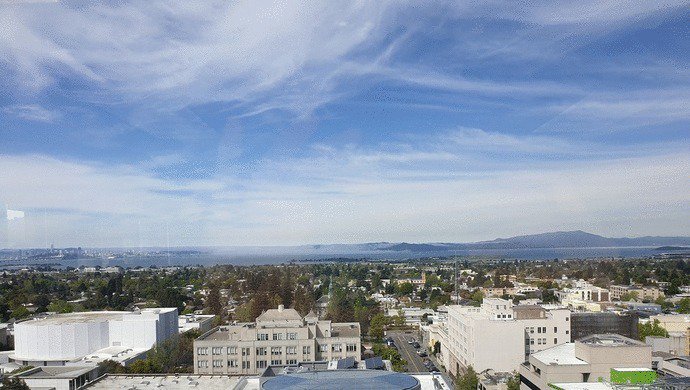 It was my second official business visit to Silicon Valley in three years. This time, I was part of a Singapore government delegation who’s objective was to connect and establish partnerships between the two startup ecosystems.

Here are my takeaways from these conversations.

1. Harnessing talent comes from being open and accepting immigrants

As I visited each location, one would notice a variety of talents from a slew of ethnicities. People from all across the globe have gathered here in the Bay Area, offering their expertise to the tech ecosystem. This observation was substantiated when my research found that 50 per cent of all tech workers in Silicon Valley were immigrants.

As I spoke to the different teams that hosted my welcome, there were a good number of members who were are not born in America. Yet, they told me that they felt very welcomed in their workplace and communities.
In fact, they added that the open policy of talent is prevalent and a significant number of startup founders are foreign. (An estimated 25 per cent startup founders in Bay Area are foreigners). One host also said that it was quite common to have inter-racial, transnational marriages, something that Asia is still in its infancy stages of warming up to.

Singapore has developed a higher ‘cultural quotient’, as defined by Dr Vivian Balakrishnan, who is Minister-in-charge of Smart Nation, during his fireside chat at the Singapore Tech Forum held in SF on 20 Apr 2019. He mentioned that Singaporeans have an advantage as they live in a multi-cultural, multi-racial society. This gives Singaporeans the ability to adapt easily in other cultures, which is why a good number are working in the Bay Area.

To further develop his point, I would apply this cultural quotient back to Singapore, where we Singaporeans need to welcome highly skilled tech and entrepreneur foreign talents to find Singapore as a base to build their ideas.

In fact, Patrick Collison, CEO of Stripe, also a speaker at the fireside chat with Dr Vivian, further observed that Singapore is one of three countries that have a net inflow of patents, which is possible due to the welcoming of foreign talent to build up the nations R&D capabilities.

This hands-on experience of learning how Silicon Valley thrives on mixed global talent reminds us of how much Singapore needs to continue accepting new immigrants and welcoming them to become part of Singapore’s future. After all, Singapore was once a land of immigrants and prospered from the inflow of economic activities.

The Singapore government also highlights that highly skilled foreign talent is essential to invigorate the startup ecosystem. And this trip to Silicon Valley has given me clarity on the purpose.

As we visited locations like Berkeley SkyDeck, NVIDIA, 500 Startups and Draper Venture Network, there was one thing in common: our hosts had no qualms in sharing as much as they could. They answered our questions and gave us many insights.

I asked one host what their secret sauce for building a successful dealflow for their accelerator was, and they provided detailed processes and strategies that built them the way they are today.

This is a refreshing compared to my visits to Asian tech ecosystems, where the culture does not promote oversharing, for fear of being copied and edged out.

Trading notes with my fellow delegates, we found good takeaways and were able to come up with new ideas to improve our processes back home. Perhaps, one day that open sharing culture will emerge out of Singapore and help boost the development of more innovative ideas.

3. How our most successful entrepreneurial overseas program has produced a spike of Singaporean entrepreneurs

Our delegation had the pleasure of meeting and catching up with over 50 Singaporean students from the National University of Singapore (NUS) who were under the NUS Overseas College (NOC) program. This programme launched back in 2002 in Silicon Valley, allows NUS students to work in an overseas tech startup or VC in another startup city for a year.

According to friends in NUS Enterprise, the NOC program has sent out nearly 3000 students on internship attachments and a good number are now involved in tech startups.

It has also birthed some great startups, like Carousell for example, our top Singaporean-born startup by valuation. Carousell’s founder, Quek Siu Rui, who was in attendance, shared how much he had benefitted from the NOC program which stimulated the conception of his startup.

As I asked these young bright talents on the experiences that they have gained, they shared stories of how their perspectives had changed and had diverted from being too ‘Singaporean’.

One found himself being pushed to think out-of-the-box and look beyond standard traditional solutions to solve problems. Another found himself becoming a hustler and breaking norms to speak to a superior as an equal and calling him by name.

These actions were evident in my conversations with them. I was quite taken aback by their un-Singaporean-like attitudes in wanting to engage me and learn more. They did not hesitate to press me for more sharing as they enthusiastically absorbed every word I said. Back at home, I seldom get this energy of learning when I teach my entrepreneur masterclasses at institutes of higher learning.

The success of NUS’ NOC program has not gone unnoticed with our government. A new Global Ready Talent Program (GRTP) is in place to expand on the NUS NOC program which the pioneers have much to be proud for.
Presence of SV companies in SEA but more collaboration can be done.

Two reasons were cited on why SEA has yet to be tapped. One, the US market has many opportunities that have yet to explore, and two, Silicon Valley entities find SEA relatively new and unknown and they lack understanding of these markets.

I am a pro-Singapore startup evangelist, and I openly share that Singapore has always been the gateway to SEA, due to our strong connectivity of flights in and out of the region.

Our strong ties to our neighbours, home ground understanding of the quirks and nuances of SEA, coupled with our most pro-business friendly environment, makes Singaporeans the best partners to enter into an emerging region of 640 million markets.

A person I spoke with also mentioned that Silicon Valley was saturated with too many startups and the competition was harsh. She advised Silicon Valley entities to engage in a new blue ocean opportunity and turn eastwards to SEA instead of staying put in the US. And they should continue tapping into Singapore’s openness in collaborations.

4. Singapore now recognises engineers are valued and should learn from Silicon Valley’s practices

In the same Singapore Tech Forum fireside chat, Dr Balakrishnan highlighted that Singapore outsources too much of its engineering capabilities. To him, he observes engineers are valued in Silicon Valley and he re-affirmed that engineers are also valued in Singapore, much to the applause by the audience.

Indeed, tech engineers are rising in demand in Singapore by employers, and along with it, an increase in salaries. According to the Robert Half 2019 salary survey, a data scientist in the finance industry earned US$66,000 to US$147,000 per annum. Meanwhile, a developer in a commerce industry earns US$55,000 to US$88,000 per annum.

Speaking to a few South-East Asian tech engineers here, I asked whether they would consider coming over to Singapore to work on projects, given that the pay was reasonable in comparison to the cost of living.

However, I learnt that pay was not a main concern. Rather, it was the respect that they worry is lacking in the Singapore ecosystem. Being treated well by their employers was a top priority. To them, the treatment of their well-being by Silicon Valley employers has been outstanding.

One highlighted that their freedom to create new innovative solutions and products should be liberal and not be stifled by management bureaucracy. Engineers should also have a right to provide guidance for the tech company’s development and not just the business people.

As for working for startups, one commented that Singapore startups should recognise the value of tech engineering. Only then can Singapore evolve as a tech ecosystem. They should not just be treated as deliverers of work, but builders of a valuable IP that would create defensibility for the company.

With 23 weekly direct flights between Singapore and San Francisco, Silicon Valley and South-East Asia (via Singapore) are more connected than ever. But, have the collaborations in the startup tech scene caught up with these flight connections?

There is much to learn from the Bay Area from the perspective of a young startup ecosystem like Singapore, but the Bay Area is starting to saturate with ideas. Perhaps, it should start to look into South-East Asia via Singapore to tap on untapped opportunities.

I have noted a good number of partnerships, but there are still many more cross-border partnerships in the making. The world can always use more tech innovations and building a sustainable future for all.

Christopher Quek was invited to be part of Enterprise Singapore’s delegation to the Bay Area in order to promote cross collaborations between Silicon Valley and Singapore between 16-20 April. All opinions expressed here are of his own. He writes about the SEA startup ecosystem at christopherquek.com.

The post What Singapore can learn from Silicon Valley appeared first on e27.