The Independent Singapore News
Home News Featured News What should Singapore do about Operation Spectrum?

What should Singapore do about Operation Spectrum? We at Illusio disagree with Jolovan Wham’s train protest, on the grounds that even activists and protesters in the liberal West know better than to stage a protest inside a train.

Assuming Wham had staged the protest to highlight the issue of Singapore’s Internal Security Act and the infamy of 1987’s Operation Spectrum, it is disappointing that after getting the book thrown at him, the coordinated response from his circle of activists has been to highlight his “veteran advocacy” for domestic workers and put him up as a poster boy for free speech and assembly.

You know, do everything but highlight the issue of Singapore’s Internal Security Act and the infamy of Operation Spectrum? As though it was a useful pretext that once raised, is never mentioned again?

While Wham comes across as a fierce advocate of causes he personally espouses and those his allies push, he has never been a free speech advocate. Entirely the opposite of it, judging by what Wham did last year on Human Rights Day. Hint: he was part of a campaign to strip someone’s right to free speech because he disagreed with her views. 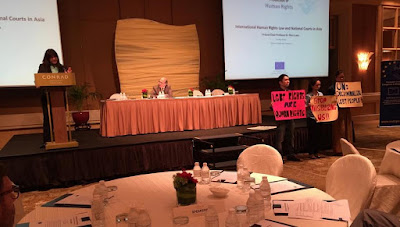 One might get the impression that Wham and his circle of activists aren’t really interested, invested in, and committed to the cause of the detainees of 1987, or that the detainees themselves (or through Function 8) aren’t really interested or confident in pushing their own cause even after the police and the state have finally given them what they have been striving for in the past few years: national publicity.

In 1987, a group of 16 civil society activists and social workers ranging from lawyers, theatre practitioners, and television producers, were arrested and detained under the Internal Security Act. In their confessions, which they alleged in 1987 were obtained under coercion and now claim in a recent documentary by Jason Soo was part of a bargain for their release, they admitted to being Marxists working to infiltrate political parties, the Catholic Church, student unions, and community groups to subvert Singapore and bring about a class revolution, all under the direction of Tan Wah Piow.

Aside from violating habeas corpus and the right to due process and a fair trial by evidence, the main objection to the 1987 arrests is the implausibility and incredulity of the confessions.

No one believed that Operation Spectrum had any truth to it. Mary Turnbull, Singapore’s state-sanctioned national biographer, certainly did not and called it a myth in her state-sanctioned biography of Singapore. Then Dhanabalan was one of the cabinet ministers who did not. Goh Chok Tong revealed Dhanabalan resigned from the cabinet for this reason, and not because of a certain slap delivered to his face. Even fewer people believe it today. Tharman certainly did not. Prof. Chua Beng Huat, Singapore’s foremost political sociologist, insists in his latest book that the Minilee administration is embarrassed to even speak about Operation Spectrum, for fear that reminding people of an indefensible operation would diminish government credibility, and seeks to make it politically irrelevant.

What needs to be done now?

There are real harms inflicted as a result of Operation Spectrum. Rightly or wrongly, 16 people were detained without trial, had their rights to habeas corpus denied, their reputations tarnished.

Yet unlike the Operation Coldstore detainees of 1963, it appears that the government did not strip away their citizenship or their rights to political participation and freedom of movement. Aside from Vincent Cheng, the professionals in the group retained their standing and employment in their occupations of choice. The lawyers amongst them returned to practice after their release. The theatre practitioners continued their involvement in the arts. The lecturers at the university continued teaching. Shockingly for a group of people accused of subverting Singapore, they continue to work in media, advertising, publishing.

Not only that. Operation Spectrum detainees are free to set up and formally register their NGO, Function 8, and play an active role in civil society. They are free to join political parties, hold leadership positions in parties, and have even run for elected office. They are free to publish memoirs and accounts of their experience as detainees, hold forums and seminars to renew their protestations of innocence, organise events at Hong Lim Park, make common cause with Operation Coldstore detainees, freely associate with other civil society activists, and even submit human rights reports to the United Nations with other activist groups.

If not officially, the detainees of Operation Spectrum have been rehabilitated by the Singapore government without its admitting if a mistake was made, or whether the issue is an embarrassment, or whether it would like the issue to be politically irrelevant.

Why ultimately, declassification and disclosure is still important

Were they really communists out to subvert society and foment a revolution, as alleged by the ISD investigation? Did the government really trump up charges to get an inconvenient group of activists who might coalesce into the next generation of political leaders to challenge the ruling People’s Action Party, as alleged by the detainees today? Or does the truth lie somewhere in between?

Unlike Kirsten Han, we believe in objectivity and evidence-based research. So does Dr Thum Pin Tjin, whose important research and findings on Operation Coldstore rely on declassified material from the British colonial office archives. National narratives can be propagandistic, self-serving, and so one-sided to be thoroughly lacking in credibility—and that goes equally for memoirs and personal accounts by detainees. What is needed are facts and objectivity that only declassified documents provide. This is a principle that even the ISD (if not the government) agrees with, when the department took steps to declassify, release, and publicly and permanently exhibit documents pertaining to Operation Coldstore.

If there is evidence that the communists had reestablished cells in Singapore, either via Malayan Communist Party sympathizers or spontaneously resurfaced through what we might call today “self-radicalised individuals” or a receptive community like radical, anti-colonial, anti-government Chinese schools, it can only exist in the Internal Security Department archives. Some of this evidence could exist right now at the ISD Heritage Centre for the general public to see. If there is any proof that links the English-educated detainees of 1987 to the MCP or other communist cells in the region, it is lying within the ISD archives.

Disclosure is important—not to establish guilt or innocence, but for national healing to take place. Detention without trial or what the UK now calls “control orders” is a blunt and effective tool, but also one that corrodes the confidence of the public in their government the longer questions are left unanswered. Disclosure restores the confidence of the public in the democratic state.

It is worth noting that the UK government is perfectly willing to explain why certain individuals are detained under control orders, and that the Singapore government has recently been more than forthcoming when placing JI and ISIS operatives, sympathisers, and aspiring members under preventive detention orders.

That said, there exists an international standard of declassifying intelligence documents. While MI5 voluntarily (and selectively) releases to the National Archives, the CIA releases to its own reading rooms, and Singapore’s ISD releases to… its heritage centre at Whitley Road.

Regardless, there are obvious guidelines for responsible declassification and disclosure, such as protection of field operatives, sources, assets, and methods that the CIA, British intelligence, and even Singapore’s ISD have considered and adhered in reviewing and declassification exercises. Of which, is a very standard 50 year rule for intelligence records that Wham, as reported by Kirsten Han, was merely “seeking answers for Operation Spectrum”, has either ignored or is ignorant about.

This isn’t the right time to demand declassification and disclosure for Operation Spectrum. Wham is misguided and reckless in his demand. And given how much Operation Spectrum detainees have been rehabilitated even without the state announcing their rehabilitation, it is clear that there is nothing that needs to be done for the next 20 years. Aside from this: 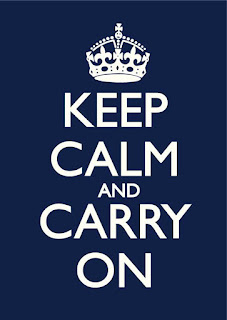 —
This article first appeared on the author’s blog: akikonomu.blogspot.sg/2017/12/what-should-singapore-do-about.html