Was WP’s win in Sengkang GRC surprising? We ask four Sengkang millennials what they think.

Three of the four express varying degrees of surprise at the WP win, while the fourth expected it 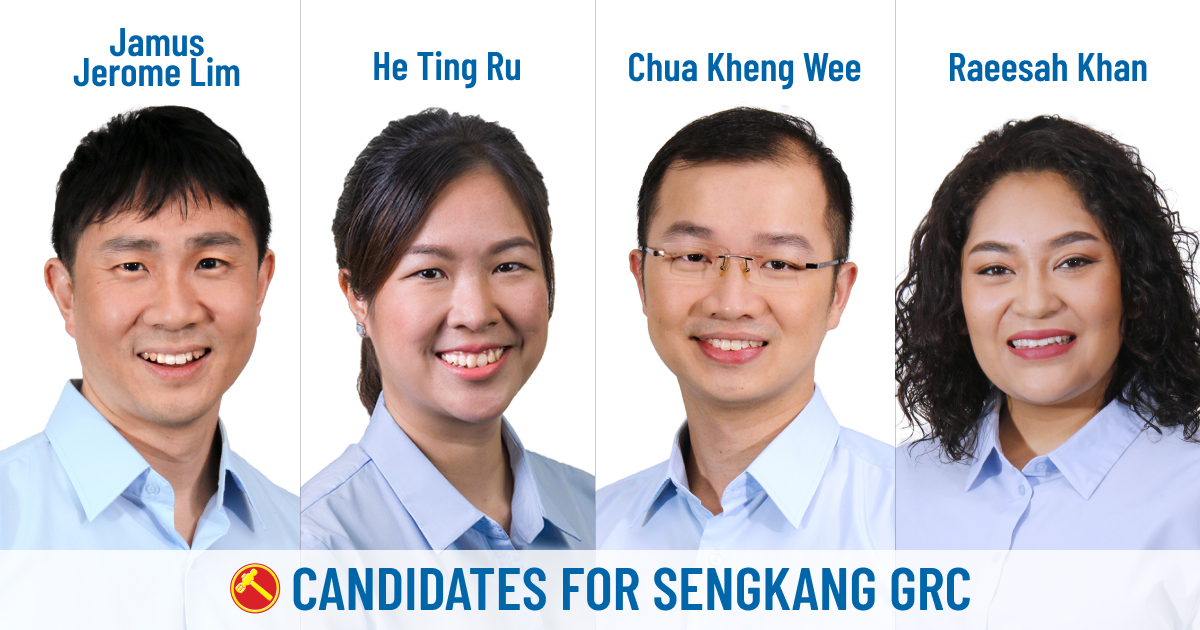 Singapore — With a somewhat surprising win for the Workers’ Party’s Sengkang team at the recent General Election and talk about the younger generation having different mindsets and perspectives, TISG headed to the ground to find out what some millennials of the area felt about the results.

From the interviews with the Sengkang GRC residents, all of them seemed to be supportive of the WP and of having more opposition members being elected. As for the WP team in Sengkang, they felt that its win was not entirely out of the blue. There is also a general sentiment that the WP was able to connect with the younger demographic.

Moving forward, the residents expressed their wish to see the new team of MPs working hard and reaching out to more residents.

Rachel: I would say I was surprised that not more opposition members got in. I thought Dr Tan Cheng Bock’s party would do better and I was expecting his team to win at West Coast. Overall though, I think the opposition parties put up a good fight and we see that the margins for many of the constituencies have been tight. I am also quite happy that Mr Pritam Singh has been named the Leader of the Opposition, a very official title that has provided him with even more legitimacy. Hopefully he is able to conduct this role well.

Ms Tan: I think what surprised everyone was WP’s win in Sengkang GRC. I remember being home and hearing the cheers from my neighbours when WP was announced the victor in Sengkang. I think that the results was expected with PAP still as the majority, but I think I expected at least PSP to enter in West Coast GRC because it seemed as it there was a lot of support for Dr Tan Cheng Bock.

N: I was honestly very surprised by WP’s win at Sengkang. And I think that the opposition as a whole is doing better this election, possibly because they are able to portray themselves as a credible alternative, and the younger generation of voters might be more daring when deciding between the ruling party or the opposition. In the case of Sengkang, it seemed to me that WP was doing a lot more groundwork as compared to PAP. Especially with Mr Ng Chee Meng, although I know that he has expertise and experience, brandishing around his role as labour chief just made him seem a little far from the ground. Whereas with the WP team, they focused more on what the residents wanted instead of PAP where they offered what they could provide. WP was also able to target the younger demographic better with their media campaigning as compared to the PAP.

2. Was WP’s win in Sengkang surprising to you?

Rachel: A little, but honestly, I was kind of expecting it as well. Dr Jamus Lim impressed many people during the political debate that was held, and he was very eloquent and even Dr Vivian Balakrishnan seemed to be impressed by him! One thing that I thought would diminish their possibility to win would be the controversy with Ms Raeesah Khan. But then again, many young people were rooting for her.

Ms Tan: I think it was to a certain extent. After the live debate where Dr Jamus Lim rose to fame, I think a lot of people wanted WP to enter Sengkang. But I think there were still a lot of scepticism with the fact that a lot of people still thought that PAP would still win as usual. As much as I supported WP to win, at the back of my mind I was still worried and pessimistic that they would actually win considering how PAP would always win the majority.

Clara: Not at all, in general Sengkang is predominantly occupied with younger generation of Singaporean and many of us are feeling the crunch and stresses of being the “sandwiched” generation. We crave for a more diverse voice in our parliamentary debate and the WP candidates were more than qualified to represent us. In addition, they have been actively involved in grassroots engagement for the longest time. Very happy for their win!

N: Honestly, yes. I knew that they were getting quite favourable responses from many people, but I thought that they would win with a really really close margin. Because I assumed many would still choose to stick to the “safer choice”, and vote for the ruling party. Other than their win, actually the screams and shouts of support in Sengkang was very surprising too. I could hear the shouts around my place right after the Sengkang GRC sample counts was announced.

3. What do you think the WP’s Sengkang team should do to maintain support from the residents for the next few years?

Rachel: They just need to show that they understand the ground and are willing to take the feedback from the residents and deliver solutions and improvements. It’s also important that they reach out to all age groups. The WP has done well in kind of resonating with the younger crowd. But it’s good to be reminded that even though people say Sengkang GRC has many young residents, there are still the members of the older generation that they need to appeal to.

Ms Tan: Honestly, I think they should just continue with what they’ve been doing. Seeing how they’ve been doing many house visits in Sengkang post-election and having their own town council, I think that with their resources, they will be able to come out as victor again. I think most importantly, the ground has to be able to sense their presence or they may risk losing credibility.

Clara: They should continue the good work! Their current approach for updates and transparency in accessible mediums such as social media is very effective.

N: They should continue to focus on being able to relate to the residents, because I think that was a big part of their success this round. For example, when they suggested covered walkways and other amenities for the residents, it just seemed relatable and it really felt like they did their homework.