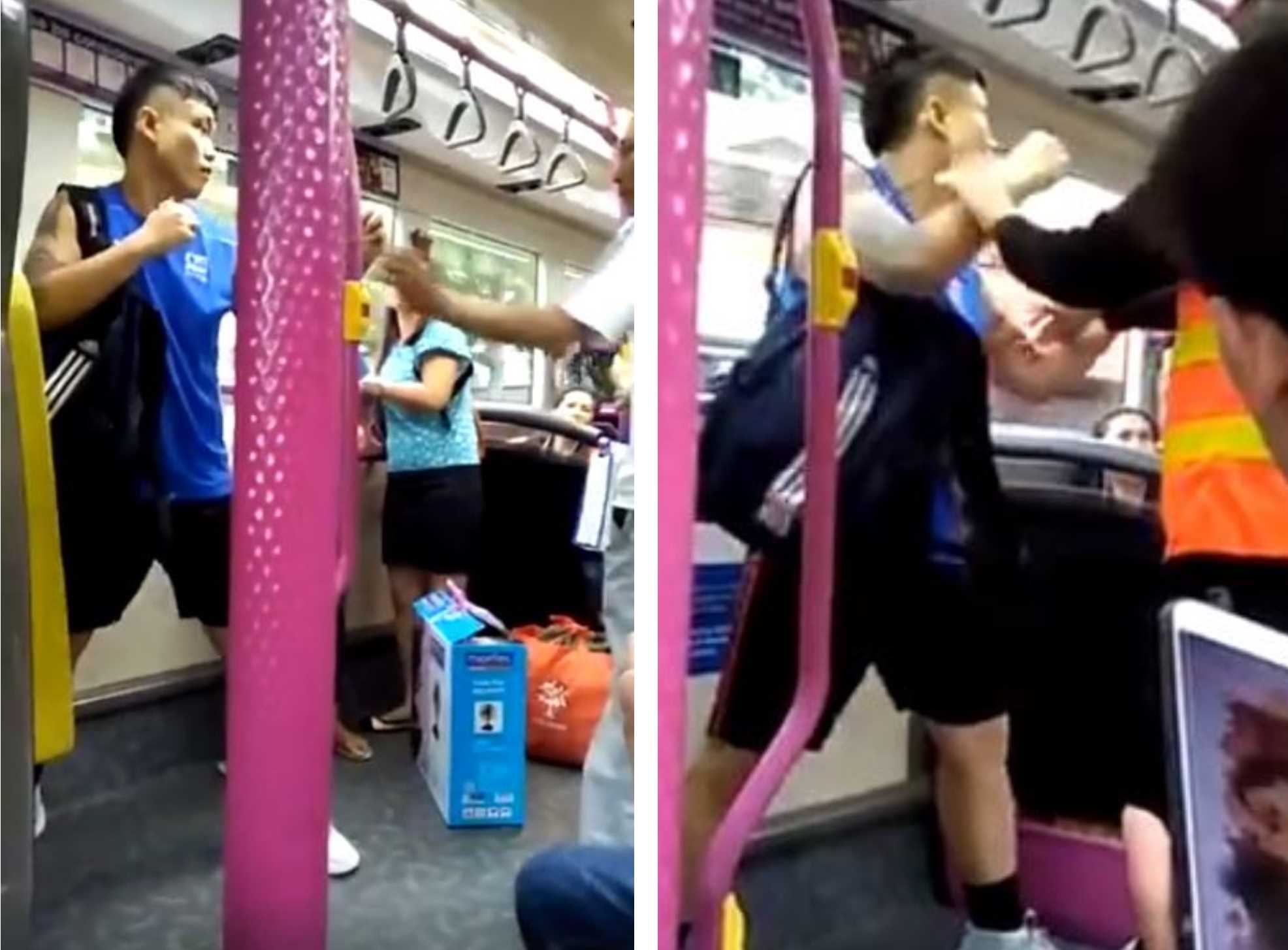 A video of a young man threatening to hit an older fellow passenger in an SBS Transit bus has been circulating online.

It is unclear what led to the altercation or when exactly the incident occurred. In the video, the younger man can be heard using profane language against the older passenger before telling him to learn some English.

The older man, who initially kicked at the younger one’s leg as he kicked back, appears to be unwilling to fight and looks to the bus captain, gesturing for assistance.

The bus captain stops the bus when the altercation grows more rowdy and can be seen on camera stepping in and guiding the younger man away.

At one point, the younger man gets aggravated to the point where the bus captain has to physically restrain him from punching the other man, while other passengers are caught on camera looking on in alarm:

Man want to fight on bus

Posted by Fabrications About Singapore on Monday, 29 January 2018

The video was uploaded on Facebook yesterday and has attracted over 600,000 views, over 10,000 shares and over 3,000 likes in just about 19 hours.Follow us on Social Media